SINN FÉIN President Mary Lou McDonald has claimed Brandon Lewis is 'talking through his hat' when he says new legislation on the Northern Ireland Protocol will not break the law.

McDonald added that it was 'disgraceful' that Ireland was being used as a bargaining chip by Prime Minister Boris Johnson in his bid to strengthen his leadership of the Conservative Party.

The Leader of the Opposition in the Dáil argued that the Protocol was both working and well supported, as evidenced by the return of a majority of MLAs backing the agreement in May's Assembly Election.

Despite the election — which saw Sinn Féin become the largest party — power-sharing has been unable to resume in Northern Ireland, with the DUP refusing to engage in the process until its concerns about the Protocol are addressed.

Their main issue with the agreement is that it effectively creates a trade border in the Irish Sea and threatens the union between Great Britain and Northern Ireland.

Speaking on Shy News' Sophy Ridge on Sunday, Secretary of State Mr Lewis said the legislation was designed to rectify issues with the Protocol with the aim of getting power-sharing back up and running.

He added that the legislation was being published after a lack of co-operation from the EU.

"What we're looking to do is fix the problems we've seen with the protocol,” he told Ridge. 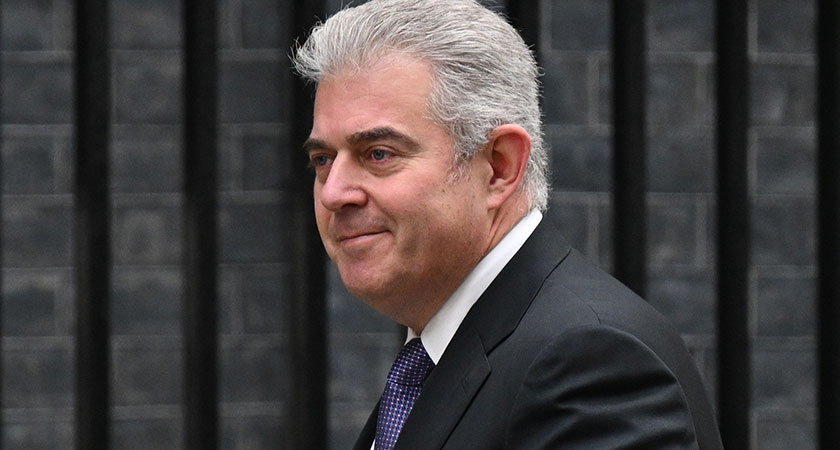 "It's around how the Protocol has been implemented, the lack of flexibility we've seen from the EU over the last year-and-a-half of trying to negotiate with them where they've not really moved at all."

"The legislation we will outline tomorrow is within the law — what we are going to do is lawful and it is correct," he said.

He added: "People will see the legislation tomorrow; they will see we are acting within the law and we as a government will be outlining our legal position and being very clear about why this is absolutely within the law."

However, Lewis' claims were rejected by McDonald, who argued that the Protocol was already working and legislation to change it was illegal.

"The protocol is the mechanism that gives the North uniquely unfettered access to the European market and that is why we see in the North of Ireland, in contrast with Britain — with the exception of the city of London — the economy is strong, the economy is growing," she told Ridge.

"What the Tory Government is proposing to do in breaching international law is to create huge damage to the northern economy, to the Irish economy."

Asked by Ridge what evidence she had that the legislation was illegal, McDonald said there were already mechanisms in place to address issues with the Protocol but that it was the British Government, not the EU, who were being intransigent.

"Brandon Lewis is talking through his hat and not for the first time," said McDonald. 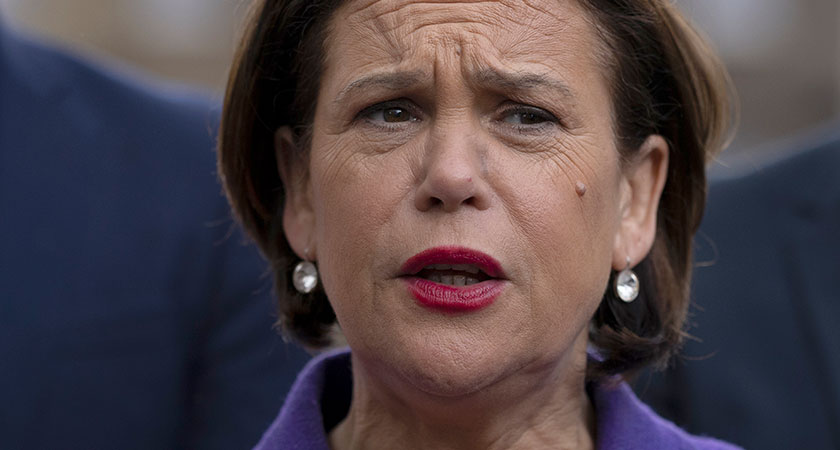 "Brandon Lewis should know, the Tory Government should know, that where there are issues to be resolved with the protocol, issues of smoothing out its application, there are mechanisms through which that can that happen.

"There is a willing here, there is a willingness to engage by the European Commission but the British Government has refused to engage, has not been constructive, has sought a destructive path and is now proposing to introduce legislation that would undoubtedly breach international law.

"And, by the way, against the express democratic wishes of people in the North of Ireland, who went to the polls and who made their democratic decision and have returned a majority of members that support the Protocol."

McDonald added that the Protocol was being used by the British Prime Minister to challenge the EU and solidify his position after surviving a recent vote of no confidence.

She said: "It is disgraceful to use the North of Ireland, to use Ireland, as a bargaining chip in their ongoing collision with Europe, all designed to boost the ego, the leadership ambitions of either Boris Johnson or one of his would-be successors.

“It’s dishonourable stuff by any means, extraordinary stuff that the British parliament it seems now is set to have tabled before it legislation specifically designed to breach an international agreement that that very parliament ratified.”