FOR Tommy Bowe, this Sunday’s Six Nations encounter between England and Ireland marks a special anniversary in the former Ulster wing’s career.

It is 10 years since he scored two tries for Ireland in a 16-20 Six Nations victory against England at Twickenham.

Andy Farrell’s Ireland head to London’s south west hoping to repeat the memorable performance and Bowe is convinced the current crop can do so.

The players and coaches may be different now but to Bowe the strategy to win at Twickenham hasn’t changed. 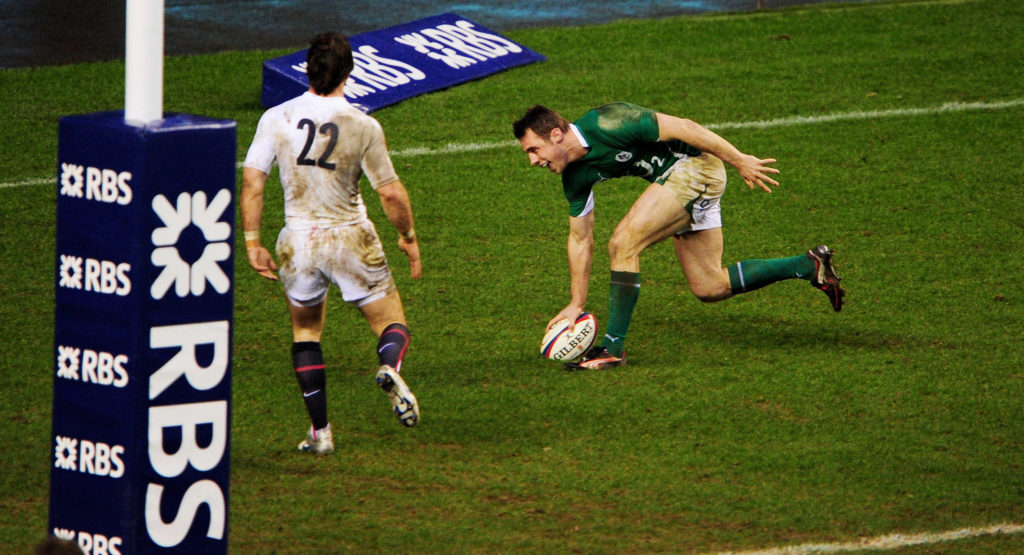 Tommy Bowe of Ireland scores the winning try during the RBS Six Nations match between England and Ireland at Twickenham Stadium on February 27, 2010 in London, England. (Photo by Mike Hewitt/Getty Images)

The Monaghan man scored a quick try against England that day 10 years ago and he believes something similar will need to be replicated by Ireland on Sunday.

“What we did that day was get off to a great start,” Bowe told The Irish Post.

“We scored a try within three minutes and that took away a lot of the nerves for us and quietened the English crowd.

“If England get off to an early lead on Sunday, it will be difficult for Ireland. 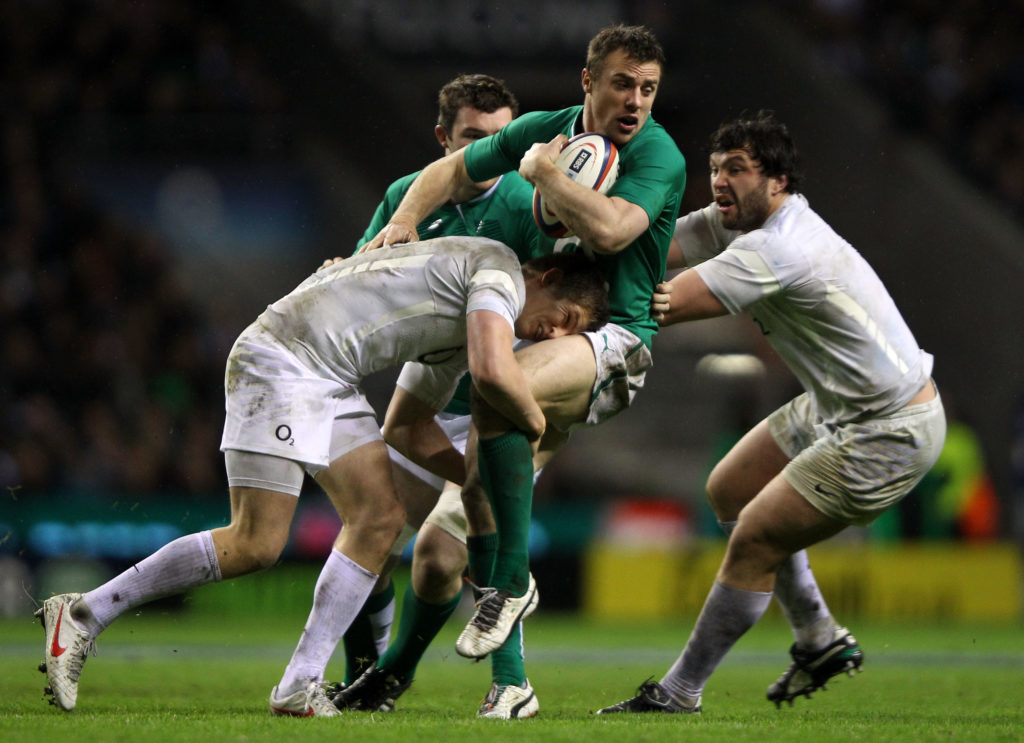 Tommy Bowe of Ireland is tackled by Owen Farrell of England during the RBS 6 Nations match between England and Ireland at Twickenham Stadium on March 17, 2012 in London, England. (Photo by David Rogers/Getty Images)

"It will be England’s first game at home since the World Cup so they will want to put on a great performance and, with the last two defeats on Irish minds, I can’t stress enough how important it will be for Ireland to start quickly.”

With a crushing 57-15 friendly defeat at Twickenham last August still fresh in Irish minds, Bowe certainly has a case that Ireland must start fast to banish any nerves.

After all, he knows more than most how difficult it is to win away to England, having only done it once in his career.

He is well versed with responding to disappointing World Cup campaigns, having never got passed the quarter-final stage in Irish colours.

After a limp showing in Japan, the feeling around this current team has been rather sombre and, although two home wins against Scotland and Wales so far have lifted spirits, pessimism is never too far away. Yet Bowe is backing Farrell to bring the drive back to Ireland.

“Farrell’s a really good motivator and he knows what to say at the right time,” said Bowe.

“He’s a proud Englishman, managing Ireland against his son, Owen, which is an interesting concoction.

"He will be wanting to get one over this English team, make no mistake about it, because it’s always nice to get a win over those closest to you."

And he added: “To win at Twickenham is one of the greatest feelings you can get as a rugby player."