ON this day 20 years ago, Robbie Keane sent Irish soccer fans wild with an injury-time equaliser against the mighty Germany.

It's somewhat bittersweet looking back on that memorable goal in the wake of yesterday’s 1-0 defeat against lowly Armenia.

That loss made it nine games without a win in the Nations League for Stephen Kenny's side, having scored only two goals in the process. 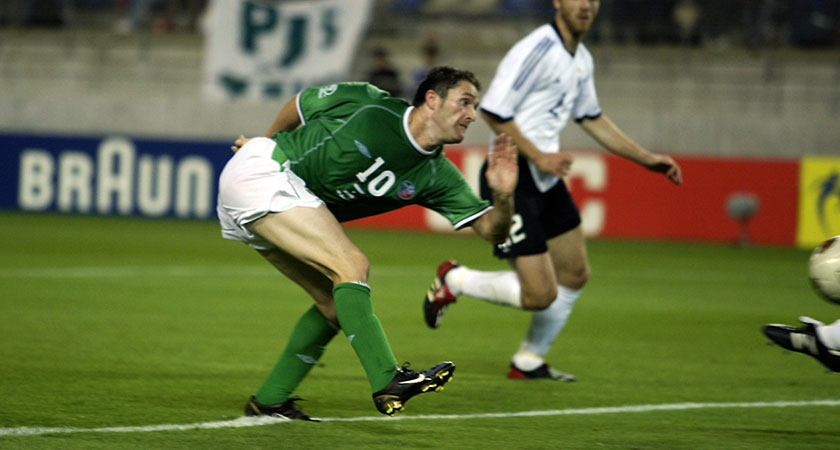 But the outlook was so much brighter on June 5, 2002 in the heat of the Kashima Stadium in Japan.

Ireland lined out against then three-time winners Germany with a squad full of talented Premier League stars.

And, of course, 21-year-old striker Keane, who had come into the tournament after a difficult season with Leeds.

Keane had only scored three Premiership goals that season before heading to Japan and South Korea, with Matt Holland on the scoresheet in their 1-1 Group E opener with Cameroon.

And against Germany, Ireland fell behind to a goal from Miroslav Klose after just 18 minutes.

However, the Boys in Green kept plugging away, with Duff foiled by Oliver Kahn and Holland flashing a shot narrowly wide.

Just as it looked as though Germany had done enough to seal the win and a spot in the last 16, up popped Keane with the equaliser in the 92nd minute.

Substitute Niall Quinn leapt above Christoph Metzelder to flick a Steve Finnan ball into the path of Keane, who evaded Thomas Linke and Carsten Ramelow before firing home off Kahn.

The goal sent the stadium — and a nation — into raptures. 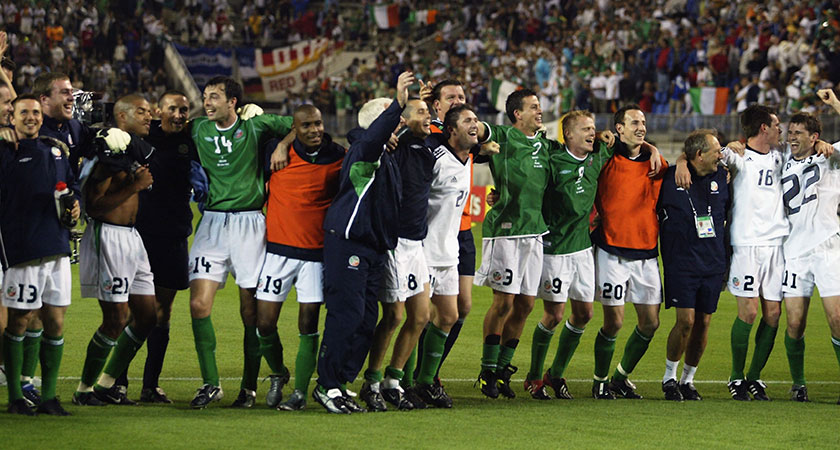 The Irish team celebrate the draw against Germany, who would finish the tournament as runners-up (Image: Laurence Griffiths/Getty Images)

The goal helped lift the gloom of the Saipan incident that unfolded before the tournament and the feel-good factor continued into the final group game.

Keane was on target again, as were Duff and Gary Breen, as Ireland beat Saudi Arabia 3-0 to progress to the last 16.

That game against Spain followed a similar narrative to the Germany clash.

Ireland again fell behind early on to their more illustrious opponents, before looking the better side in the second half following the introduction of Quinn from the bench.

And again, it was an injury-time Keane goal, this time from the penalty spot, that kept Ireland in contention.

Unfortunately, Spain would progress after a penalty shootout, but while Ireland's World Cup journey ended there, Keane's goal against eventual runners-up Germany was ingrained on the memory of Ireland soccer fans.