CELTIC manager Ange Postecoglou said his players remained disciplined and focused amid testing conditions to record an impressive 5-0 win over Kilmarnock on Sunday.

Despite temperatures of 25°C in East Ayrshire and concerns over the home side's plastic pitch, the visitors went about their job with both professionalism and panache.

Five different players got on the scoresheet, with Moritz Jenz scoring his second goal in his second appearance for Celtic, two players scoring overhead kicks and Carl Starfelt getting his first goal for the club. 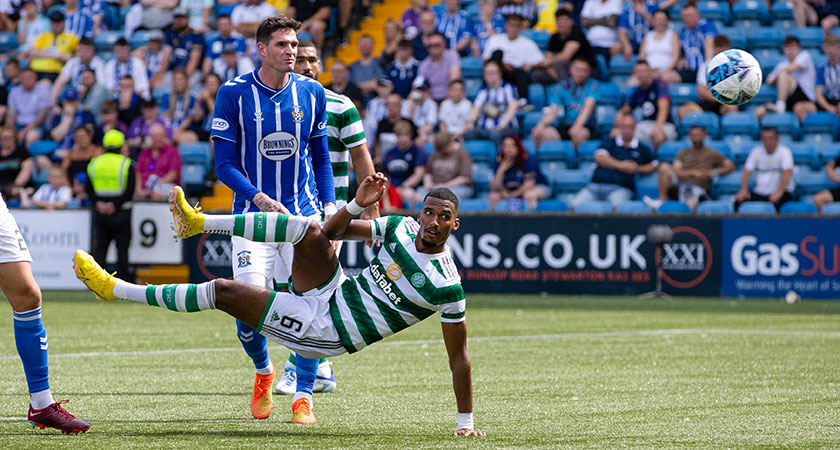 The result lifts Celtic back to the top of the table, ahead of Rangers on goal difference with both sides having a 100 per cent record after three league games.

After the game, Postecoglou praised his side for remaining focused in the midday kick-off where others may have wilted in the hot weather.

"We knew going into the game there were going to be some challenges for us," he told Celtic TV. 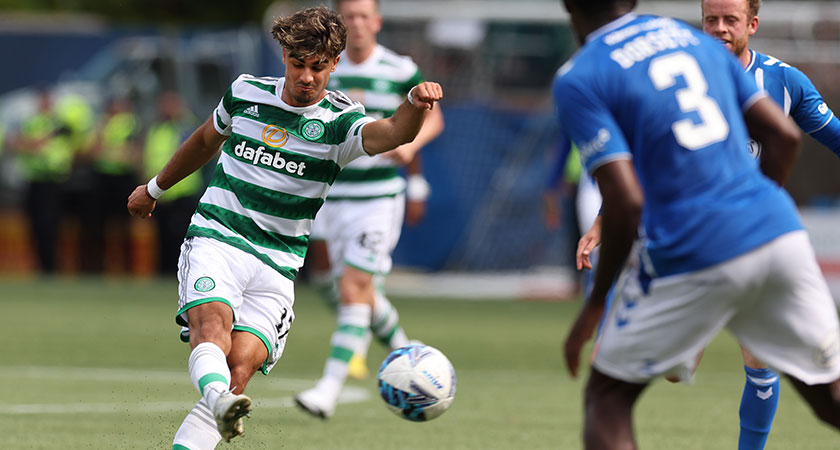 Jota scored from distance to make it 3-0 before the break (Image: Ian MacNicol/Getty Images)

"They say its a beautiful afternoon but we went running around out there and it was pretty hard for the boys, especially to play the kind of football we want.

"Obviously the surface is also a challenge but again they showed real discipline and focus to not let that knock us off our stride.

"I'm really proud of the fact that there's plenty of excuses for us not to be at our best today but the boys just stuck at it and got their rewards."

Jota doubled the lead with a 30-yard thunderbolt after 35 minutes before Jenz made it 3-0 with an acrobatic overhead kick from 12 yards on the stoke of half-time.

Starfelt made it 4-0 on 75 minutes, bundling home at the second attempt after Sam Walker had blocked Cameron Carter-Vickers' header.

Celtic finished the rout in style with another overhead kick, this time from Georgios Giakoumakis after Kilmarnock failed to clear Liel Abada's cross into the box. 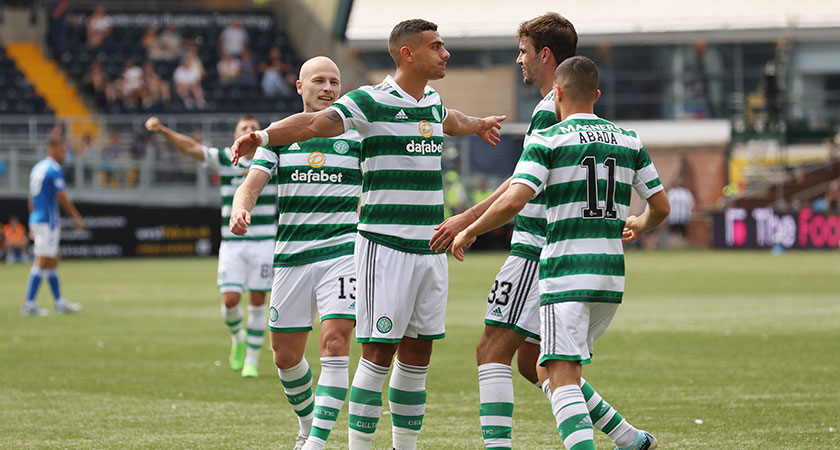 Georgios Giakoumakis scored an overhead kick to round of the goals (Image: Ian MacNicol/Getty Images)

While there were some contenders for goal of the season, Postecoglou said the most important was Starfelt's scrappy effort that saw the defender opening his account for the club on his return from an injury that kept him out of preseason.

"They're getting those rewards and creating those moments because they're really committed to what we want to be, I see that every day with their training," said the manager.

"What we see on game day is the result of them working really hard at training and pushing each other.

"I think all our goals today were really good goals, special goals that fans get excited about. 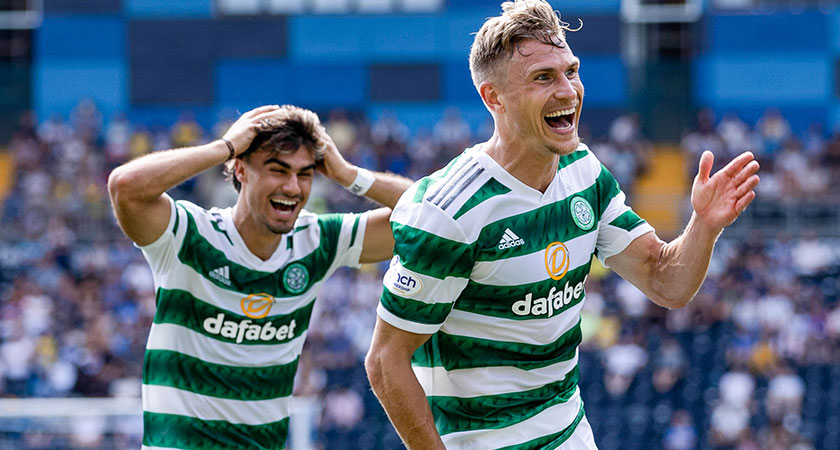 "Carl gets his first goal for the club, which he's been trying hard to do, so it was a good all-round day.

"It doesn't matter how they go in as long as they go in and he would have been pretty happy.

"There'll be some debate about the best goal but the most important one was that one."

Next up for Celtic is the visit of Hearts to Glasgow next Saturday, August 21, kick-off 3pm.