Is Kenny's time up as Ireland manager - and if so, who's next?

TIME is ticking for Stephen Kenny to show he has what it takes to lead Ireland into a new era.

The Dubliner’s contract as Ireland’s manager runs out in July next year, but the FAI have said a decision will be made on his future before then, possibly following the climax of the current World Cup qualifying campaign in November.

That means the remaining matches against Azerbaijan on Saturday (October 9) and Portugal and Luxembourg next month are crucial for Kenny if he is to show his side is progressing.

The question the likes of Jonathan Hill, the FAI’s chief executive, will be asking is not whether Kenny should stay but if he is worthy of a new contract which, on results alone, you would have to say he isn’t.

While he has introduced a lot of younger players to the squad, one win in 16 games – which came in a friendly against lowly Andorra - is a dreadful record so far for Kenny.

The Euro 2020 play-off defeat to Slovakia last year was devastating from a financial view for the FAI.

Meanwhile, the lack of points yielded from this World Cup qualifying campaign (two from five games) has been embarrassing.

Amongst the misery, there has been signs of encouragement, such as the display away to Portugal last month, where without two late headed goals by Cristiano Ronaldo, Kenny’s team could have easily secured one of the country’s best results in years.

Yet the fact remains that when you think his players just might be building something, they often follow it up with a limp showing as they did a few days later with a 1-1 draw at home to Azerbaijan.

It’s these kinds of fluctuations in performance which has left many questioning whether Kenny is capable of moulding a team that can get a run of results to qualify for major tournaments.

Perhaps the biggest disappointment so far is that the shift from long balls to a passing game hasn’t properly materialised. 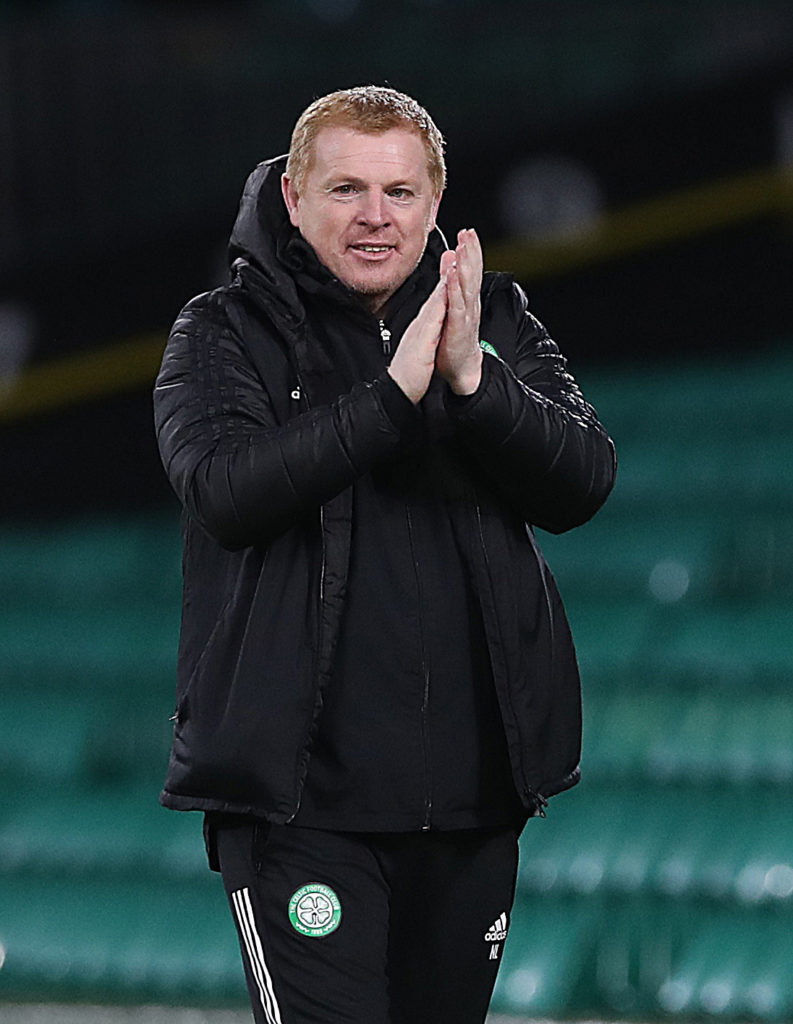 Would Celtic manager Neil Lennon be in with a shot for the Ireland role?

While Ireland do attempt to pass the ball out from the back, most of the play happens between the centre-backs before breaking down in the final third.

In September, the late equalisers scored against Azerbaijan and Serbia emanated from long balls and crosses into the box.

A tactic which past Irish managers have been lambasted for deploying but one which the team still seem most effective at.

If the FAI are looking to replace Kenny, there aren’t many options.

Chris Hughton, recently sacked by Nottingham Forest, could now be a possibility.

However, his lack of experience in a big job is a drawback.

Neil Lennon, on the other hand, has a good record managing Celtic.

But him and other names like Sam Allardyce hardly jump off the page.

With little cash floating around at the FAI and few obvious replacements, Kenny may still be able to convince his bosses that he is deserving of more time.

But he will have to start showing why soon.