I ALWAYS thought my grandfather was the wisest of men but he was no scholar.

When he was a youngster at the end of the 19th century his father, seeing no need for book learning, took him out of school to earn his own living.

He was seven years old at the time and left his classroom to attend to a big farmer’s horses, feeding them, mucking them out and looking after their harnesses.

By the age of 10 he was ploughing, a boy struggling with two greys in the stony, mountainy fields of Donegal.

I also thought him the gentlest of men and could never imagine what he must have gone through in the mud and blood of Flanders thirty years before I was born. I remember him once explaining to me as we walked the fields how he got involved in that slaughter.

‘Sure we thought we were going for a month or two to see what it was like, to see the sport. We’d never been to any place beyond the town on a Fair Day before so it was like a bit of an excursion.

‘But if we didn’t know what it was going to be like, we soon found out when we got there. A lot of the boys from 'round here never came back and some of the ones that did, came back with an arm or a leg or their wits missing.

'We never talked about it to anybody. Sure who would want to know about things like that?

'They were building hydro-electric dams in the Highlands of Scotland and whenever I heard about them I was on the Glasgow boat.

‘That was hard work, navvying, and when it was over I was on the train to London. Mind you it wasn’t all sweat and toil, London could be great fun. 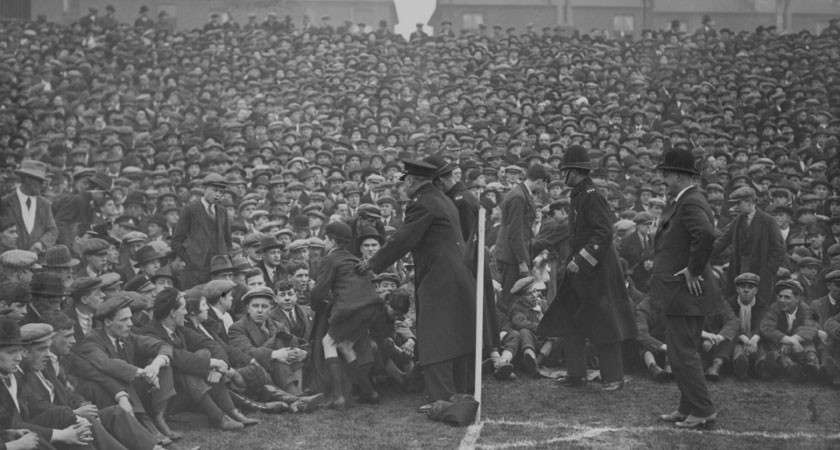 'A week’s work, doing jobs like building artificial rocks for the films they were making at Elstree, then a bath on a Saturday dinnertime and away on a tram to Highbury, the Arsenal, and a big picture in the evening.

‘They were grand evenings. You didn’t just see the pictures; they would have an organist playing as it was rising up out of the ground in front of the screen. It was like magic.’

What I knew about my grandfather I learned in fits and starts at odd moments when we were looking for gaps that might be open or carrying out the odd jobs that old men and young boys had to do about a small farm. Or we might just be looking at what was growing and how it was getting on.

After the noisy back-breaking years of sweat-soaked labour and being crammed in with too many other people in crowded lodging houses in Cricklewood or Kilburn, a man had elbow room in a place like Tullyard

He was never as satisfied as when gazing across the drills of Arran Banners, Kerr’s Pinks, Gladstones or King Edwards greening away into the distance as far as he ever wanted to see. Then he would keep a deep breath, as if to take in the strong fresh smell of the dark green leaves.

He said once that after the noisy back-breaking years of sweat-soaked labour and being crammed in with too many other people in crowded lodging houses in Cricklewood or Kilburn, a man had elbow room in a place like Tullyard.

You could set your watch or your calendar by him. He always planted his first potatoes on St Patrick’s Day and dug the first of them on the Twelfth of July. 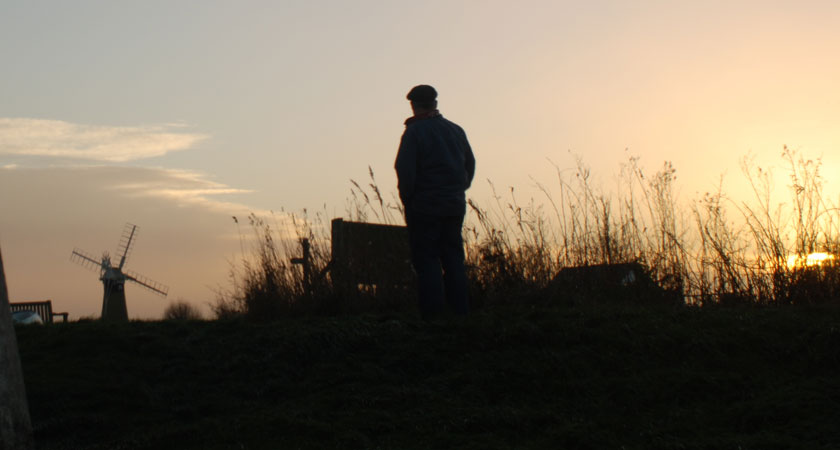 Like all farmers, with however few acres, he was always on the go but there was still time to savour a certain amount of pleasure from the few flowers he grew, huddled almost apologetically at the edges of our vegetable plot.

Against the hedges were the clusters of snowdrops and daffodils that he said looked forward to the coming spring in the last biting days of winter.

I learnt more listening to him and our neighbour, Barney McGettigan, as we passed the time on winter days in cold outhouses, plaiting straw ropes, sorting potatoes, riddling and bagging them.

They grumbled over the price of potash and talked about a war in some faraway place called Korea. They discussed everything from God to Gracie Fields or the possibilities of the Atomic Bomb.

I remember my grandfather once saying, ‘Sure wouldn’t a man be better off in his grave with a bomb like that about.’

They weren’t educated men who read newspapers and they lived in a time before mass media but they were able to look at the world around them in their own distinctive way and hold opinions informed by their own commonsense.

Vincent. J. Doherty lives at Palmer’s Green, London. This is his third time to be published in the Ireland’s Own Anthology of Winning Short Stories. The 2016 collection, edited by Phil Murphy, features 39 stories selected from over 500 entries. Published by Three Sisters Press at €14.99, it’s available through bookshops or online at www.irelandsown.ie