THE misty-eyed view of the session, a word retrospectively translated into Irish as ‘seisún’, is that groups of Irish musicians would have gathered together since time immemorial, maybe even before, and battered away.

In the distant past they would have played their fiddles, accordions, uilleann pipes et al, enjoying tunes and having the craic.

St Patrick himself might have enjoyed an ould session.

This view is, of course, totally at odds with the actual facts.

Irish music as we know it today isn’t particularly old — probably stretching back a couple of hundred years, and the seisún is very much younger than that.

The first session that we would recognise as such today was in Kentish Town, London — it began in the 1940s.

“After the war, the new immigrants in London didn’t expect to play music in the pubs.

“Some Irish musicians even refused to play in English pubs — they believed it shouldn’t or couldn’t be done. You couldn’t play an Irish tune in a London pub.

“You might get somebody playing a fiddle at Christmas or on St Patrick’s Day in some London pub, and probably get thrown out.

“One reason was licensing laws; musical groups weren’t allowed. There is even a case of one fiddler being allowed to play as long as he had one foot outside the pub.”

But this situation changed after the Second World War. Irish people arrived in their thousands to rebuild Britain, or to serve in the fledgling National Health Service.

Entertainment was available in those post-war years, but not in pubs. 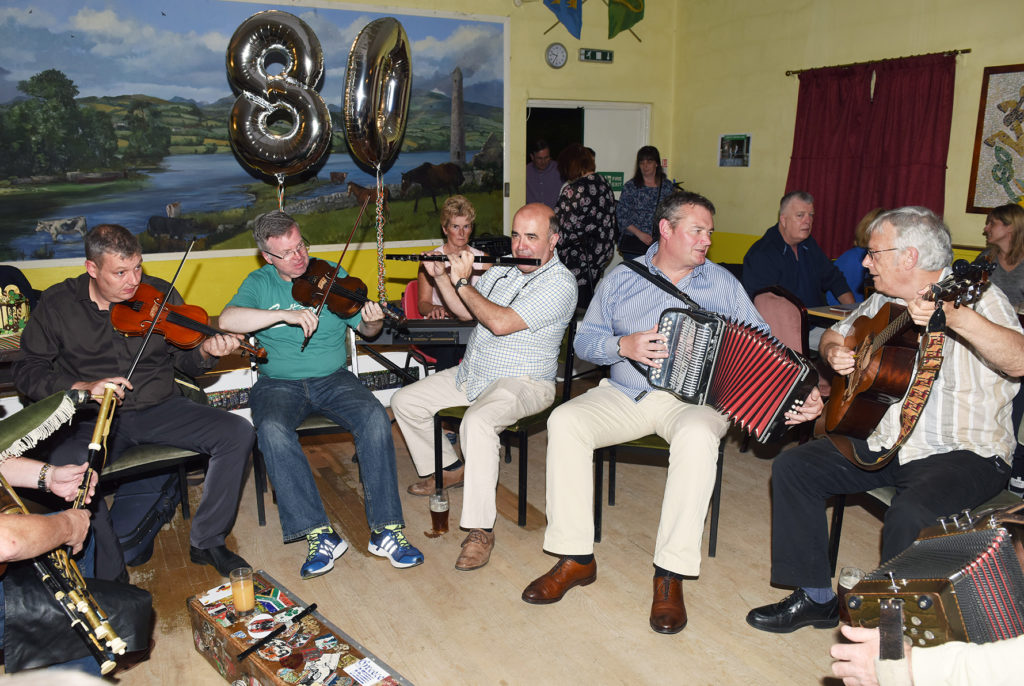 During the forties dance halls became more and more showband-orientated, and the céilí bands virtually disbanded in the face of this opposition from this new-fangled sound.

So Irish immigrants were now deprived of an important connection with home.

Those from rural areas, used to hearing traditional music at home, now had to find an alternative.

In Kentish Town in London there was a moment when this penny dropped.

It was in the Devonshire Arms in 1946: “The landlord was from Sligo,” explains Reg Hall, “and loved traditional back home.

So, he invited people from Sligo and Mayo, and a few from Roscommon, to bring along their instruments and play just as if they were in somebody’s kitchen back home, playing for dancers.

“They were mostly from a small area round Tubbercurry, and knew each other, and their relatives, and so on.

“They would have been used to music in the kitchen, or dancing outdoors, or in halls back home. But now they were doing it in a pub.”

In London however, there was one significant difference.

Mostly in the pubs there was no dancing.

Instead, people were doing an unusual thing for Irish music – they were sitting listening, clapping along, having the craic.

The musicians, instead of tailoring their programme for the dancers, were playing for each other, and to some extent to a listening audience.

The ‘traditional’ session was on its way.

Some of the most talented young traditional musicians from rural Ireland found themselves in London in the 1950s, working on the buildings and in heavy construction, away from home, but among hundreds of people like themselves.

People such as Liam Farrell.

They soon found their way to these sessions which had now spread well beyond Kentish Town.

Musicians from different counties began to meet up in ways they couldn’t back home in Ireland, and new sounds, new traditions developed.

The Voice of the People - Irish Music in London — compiled by Reg Hall is available here from Topic Records.