THERE is fresh anger in Northern Ireland after it emerged that the Irish Tricolour is banned from Newry's St Patrick's Day parade, just weeks after it was banned in Strabane and Derry.

According to local Saoradh councillor Stephen Murney, the flag has been barred from the annual event for a number of years now.

Speaking to the Newry Democrat, Mr Murney expressed his anger at the continuing situation, and said that another ban had also now been imposed on the Four Provinces flag.

"I was contacted by a representative of the Banna Fliuit Naoimh Phadraig," he said.

"They informed me that they had phoned the council to enquire if the flute band could carry the tricolour in this year's parade in Newry.

"Not only were they told that they are banned from carrying our National Flag, but they were also told that the flag of the Four Provinces would also be banned.

"Banna Fliuit Naoimh Phadraig have quite rightly told the council that unless the ban is lifted they won't be taking part.

"This is outrageous and is clearly an attempt to suppress and erode any display of Irish culture and heritage in the Saint Patrick's day parade.

"Saint Patrick's day is a worldwide recognition of Irish culture. It's a disgrace that our nation's flags are being banned. It has to be asked who will enforce such a ban? Will the British forces be tasked to enforce it?” 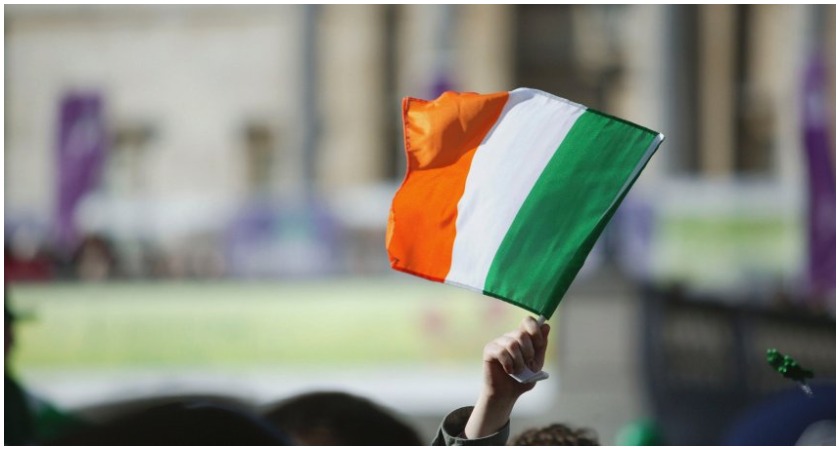 A ban on the Irish Tricolour at Stabane and Derry's parades was lifted recently.

Mr Murney added: "It's time these discriminatory rules against anything Irish were resisted."

The news comes less than a month after it was revealed that Ireland's national flag had been banned from the St Patrick's Day parades in both Strabane and Derry city.

In those cases, the council withdrew the bans after facing a massive public backlash on social media.

A Newry, Mourne and Down District Council spokesperson said: "All entrants and participants, in agreeing to take part in the Council's St Patrick's Day cross community carnival parades in Newry and Downpatrick, have committed to comply with the council's rules and conditions of entry.

"The rules and conditions of entry, which have been used by both legacy councils, Down District and Newry and Mourne District, and now Newry, Mourne and Down District Council do not name specific flags, emblems, music, behaviour etc which are banned.

"The Council aims to encourage self regulation where participants begin to reflect upon the impact of their actions on others taking part, and work towards developing an inclusive and welcoming environment.

"While Council has not been prescriptive in naming specific flags, emblems, music, behaviour etc, content, context, intent and potential impact upon other participants and spectators are primary factors which must be given serious consideration by all entrants and participants.

"Participants must therefore be mindful that the Council reserves, in its absolute discretion, the right to reject at any stage an entrant on such grounds as the Council shall see fit to consider without any obligation to disclose such grounds.

"In the event of refusal of an entry for the parade such entry shall be deemed to have withdrawn."