A CELTIC official has slammed reports that some of the club's fans clashed with police and stormed the gates during the Hoops' 3-1 victory at St Johnstone.

Some Celtic fans gathered close to the ground to watch the game from a vantage point outside the stadium following new Covid-19 restrictions in Scotland.

However, one media report claimed fans "clash[ed] with police in Glasgow as they storm[ed] football ground". 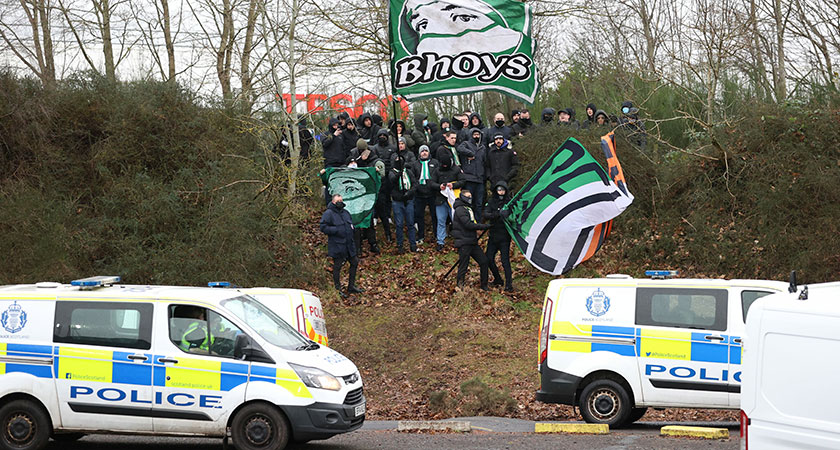 The match, which actually took place in Perth, was subject to new restrictions, meaning only 500 home fans were permitted.

"Just to clarify some inaccurate reports from yesterday," Taylor wrote on Twitter.

"There was no clash with Police, no storm of gates.

"A handful of fans went to cheer their team from an area which was away from the Stadium.

"Police were agreeable to this and fans dispersed at FT without any issue."

Just to clarify some inaccurate reports from yesterday. There was no clash with Police, no storm of gates, a handful of fans went to cheer their team from a an area which was away from the Stadium. Police were agreeable to this and fans dispersed at FT without any issue

Images from outside the ground did capture fans letting off flares and displaying banners.

Some St Johnstone fans responding to Taylor's post confirmed Celtic fans had gathered near the ground, but added that the gathering was good-natured. 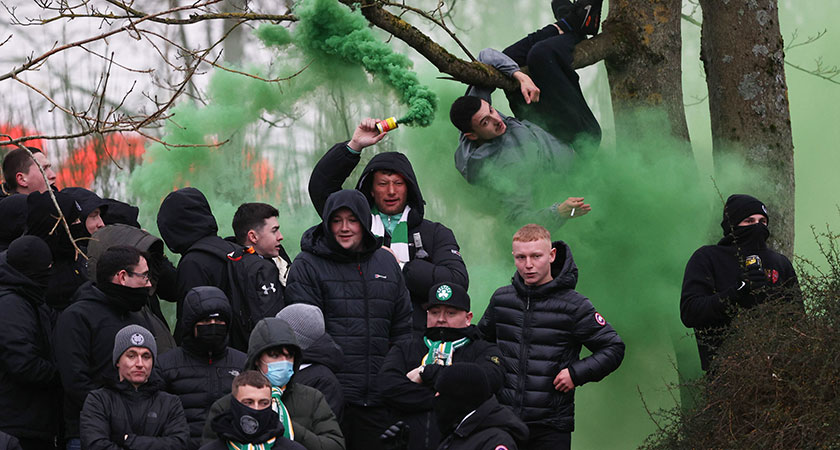 One replied: "I'm a St Johnstone fan I seen them standing on the hill signing [sic] & waving flags, police van sat by then & absolutely no trouble at all.

"One guy actually walked into the bar at the Tulloch pub & bought every one of us in there a drink."

Another added: "No bother whatsoever. Celtic fans stood aside to let me through in my car.

When contacted by The Irish Post, Police Scotland said officers engaged with fans outside the stadium, who later dispersed. 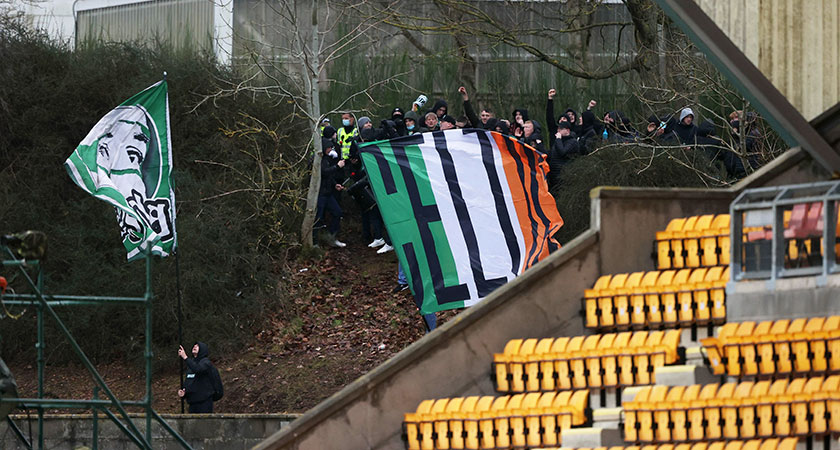 Fans took up a vantage point outside the ground to watch the game (Image: Craig Williamson/SNS Group via Getty Images)

"Officers on patrol came across a small group gathered outside the football stadium on Crieff Road, Perth on Sunday, December 26," said a spokeswoman.

"Officers engaged with them and they later dispersed."

Yesterday saw the introduction of new restrictions in Scotland, which limits outdoor events, including football matches, to 500 spectators.

The restrictions prompted the SPFL to bring forward the start of its planned winter break to today.

Had the break not been moved, it would have meant derbies including Celtic v Rangers, Dundee v Dundee United (January 2) and Hibs v Hearts (January 3) would be effectively spectator-free.

The restrictions are set to last three weeks, with the Scottish Premiership set to resume on January 17-18.