DONALD TRUMP has singled out Ireland’s open border with the United Kingdom as the chief reason for extending America’s travel ban to the Emerald Isle.

The US President announced last week that he would be banning anyone from countries in the Schengen zone from entering the United States.

Initially, President Trump omitted both the UK and Ireland from the list of banned countries.

“As of March 13th, 2020, the World Health Organization reported that the Republic of Ireland had 70 cases of COVID-19, five times more cases than there were seven days prior,” the proclamation explained. 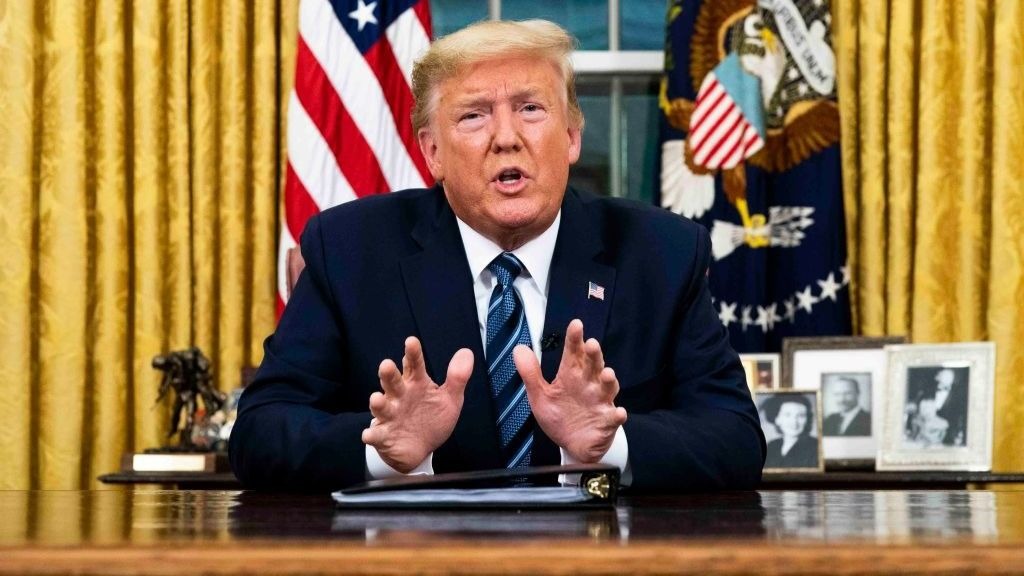 It also cited an exponential increase in cases in the United Kingdom.

“The potential for undetected transmission of the virus by infected individuals seeking to enter the United States from the United Kingdom and the Republic of Ireland threatens the security of our transportation system and infrastructure and the national security,” it added.

The President is restricting travel to the U.S. for any foreign nationals who travelled to one of 28 European countries, including Italy, Spain, France and Germany in the past 14 days.

US citizens, green card holders and their families, and non-nationals like diplomats and airline crew are exempt.

Any returning US citizens and legal permanent residents will be required to undergo 13 specially-designated airports in the US.

'Thousands' of people protest at 38 locations across Irish border