FOOTBALL ICON Diego Maradona has died at the age of 60.

The Argentina World Cup legend reportedly passed away after suffering a cardiac arrest.

His death comes just two weeks after he left hospital having undergone surgery for a blood clot on his brain.

Following the surgery, it was announced that the Argentine was also being treated for alcohol dependency.

The Argentina Football Association was among the first to pay tribute.

"The Argentine Football Association, through its President Claudio Tapia, expresses its deepest sorrow for the death of our legend, Diego Armando Maradona," they wrote on Twitter

"You will always be in our hearts.” 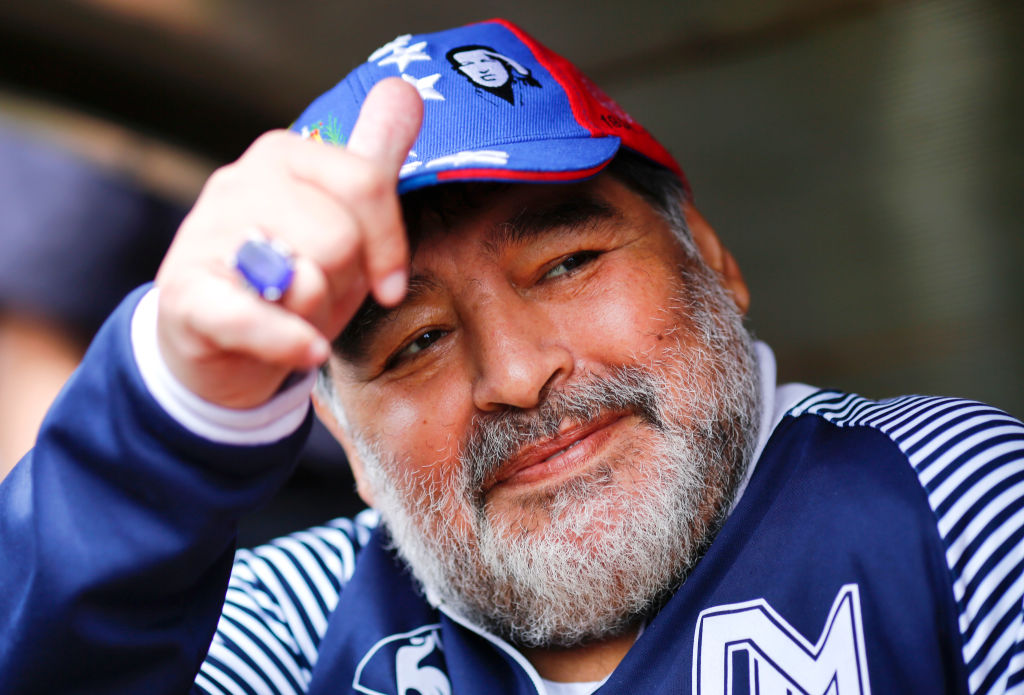 Regarded as one of the greatest players of all time, Maradona famously captained Argentina to victory at the 1986 World Cup in Mexico.

It was there that he drew the eternal ire of England fans everywhere after almost single-handedly knocking out Bobby Robson’s team with a virtuoso performance that included two of the most famous goals in World Cup history.

The first, which came six minutes into the second-half with the scores locked at 0-0, would later be dubbed “The Hand of God” after TV replays captured Maradona, leaping at full stretch, to tip the the ball over the onrushing Peter Shilton and into the unguarded net.

There was no denying the validity or genius of his second goal, just four minutes later, however.

Considered the greatest individual goal of all time, it saw Maradona take the ball inside his own half before embarking on a dizzying 60-yard run that saw him beat four English players before feinting past Shilton and slotting the ball into the empty net.

It would later be voted the 'Goal of the Century' by fans and is one that regularly tops lists of the best ever World Cup goals.

Though Gary Lineker pulled one back for England, Argentina went on to win the game 2-1 and eventually advanced to the final, winning 3-2 over West Germany.

Though Maradona was tightly marked for much of the final, he was still able to provide the crucial assist for Jorge Burruchaga’s late winner.

At club level Maradona made his name with Argentinos Juniors and Boca Juniors in his homeland before heading to Europe and Barcelona.

Though he played for no fewer than six clubs, 'El Diego’ is best remembered for the seven-year spell he enjoyed in Italy with Napoli.

Maradona transformed the fortunes of the unfashionable Naples club, leading them to two Serie A titles – the only in their entire history – a Coppa Italia and the UEFA Cup.

Though he left Napoli under something of a cloud, he is fondly remembered by fans there as undoubtedly the club’s greatest ever player.

Though his career was tinged with controversy – he was kicked out of the Argentina squad at the 1994 World Cup after failing a drugs test – he rightly ranked alongside the likes of Pele as one of the true icons of the game.