THE HARROWING details surrounding the killing of Irish conservationist Rory Young in Burkina Faso have emerged in the international press.

Young was murdered along with Spanish journalists David Beriain and Roberto Fraile after the anti-poaching patrol they were travelling with was ambushed by jihadis.

It has now emerged that all three men were shot in the chest at point blank range following a desperate attempt by all three to evade a group of up to 30 heavily armed terrorists.

Young,48, Fraile, 47, and Beriain, 44, were targeted by members terror group called Jamaat Nusrat al-Islam – which is closely linked to Al Qaeda – who ambushed the anti-poaching patrol they were travelling with in the Fada N’Gourma Pama area last Monday.

The vehicle carrying the three men became separated from the rest of the convoy in the attack with Young, Beriain and Fraile reportedly running into a nearby wooded area to take cover.

According to reports coming out of Spain, one of the two Spanish journalists was injured, and Young was trying desperately to help them escape.

It is thought that the three men hid for several hours in heavy undergrowth before being found by the terrorists.

They were subsequently marched into an open area and executed with each man shot once in the chest from close range – a scenario that would have likely resulted in instant death. 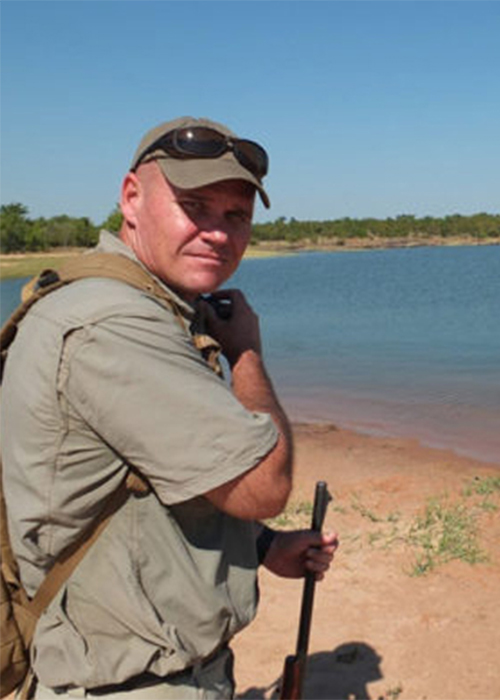 The Irish Mirror also report that the Burkina Faso military had learned of the attack and attempted to rescue the three men only to ultimately find themselves outgunned by the Jihadi group, who had a “Russian-made PKM general purpose machine gun.”

"The Burkinabe forces were prepared and tried to repel the aggression," a military source explained to the Spanish media in quotes translated by the Irish Mirror.

"At first they succeeded, but later they were overwhelmed by the firepower of the attackers."

Born and raised in Zambia, Young held an Irish passport and was known as one of Africa’s leading conservationists having founded the Chengeta Wildlife Foundation, which opposes illegal poaching across Africa.

A dedicated father-of-two, who had faced off against poachers with ties to terrorism in the past, Young is survived by his wife Marjet and two young children.