Johnny Sexton of Ireland scores his team's fourth try past Dwayne Polataivao and Chris Vui of Samoa during the Rugby World Cup 2019 Group A game between Ireland and Samoa at Fukuoka Hakatanomori Stadium on October 12, 2019 in Fukuoka, Japan. (Photo by Michael Steele/Getty Images)

Ireland will face either South Africa or New Zealand after comfortably seeing off Samoa 47-5 in Fukuoka.

Ireland had already ran in three tries by that stage, through captain Rory Best, Tadhg Furlong and Sexton. But Samoa rallied when Aki was dismissed for a high challenge on Ulupano Seuten and Ireland were grateful to see Sexton go over the line just before the interval to establish a 21 point cushion.

Further tries from Larmour, CJ Stander and Andrew Conway in a one sided second period were just reward for an utterly dominant display. 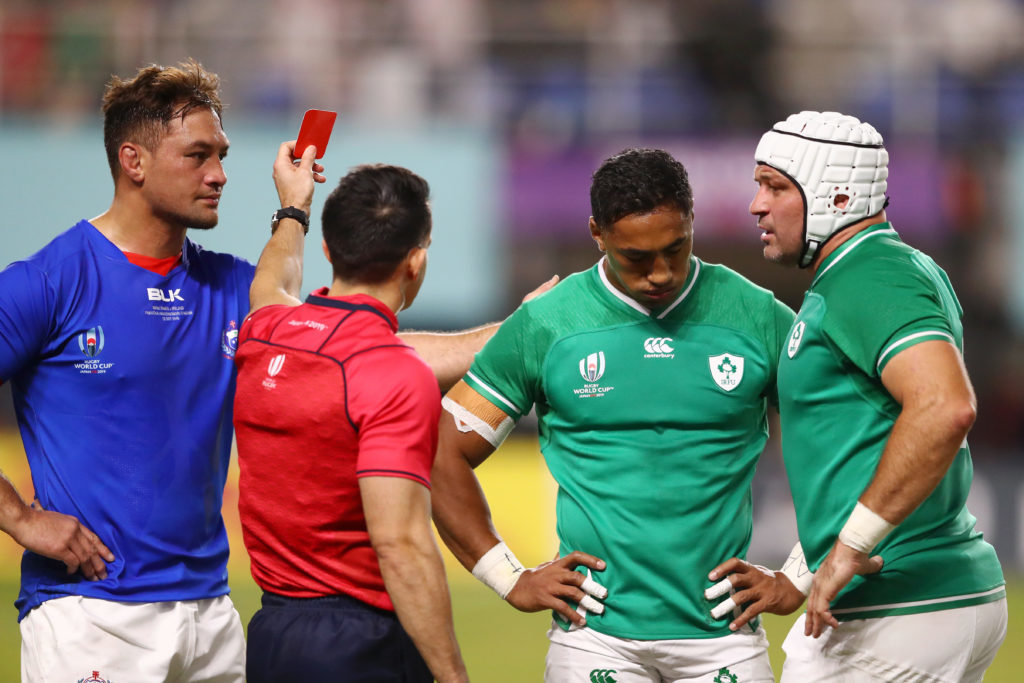 The build up to this game was dominated by talk of the weather, but it was Ireland who made a storming start with Best, Furlong and Sexton putting them in the box seat with three tries in the opening 20 minutes.

Jack Lam was too strong for CJ Stander’s tackle and went over for Samoa’s only try of the game and their chances were further boosted when Aki departed the action soon after.

It was vital Ireland gave the Pacific Islanders no further encouragement and they squeezed the game at this point to see out the most critical phase of the match.

From a scrum just before the interval, Sexton was alert to take a swift pass to dive over and Ireland had the bonus point. 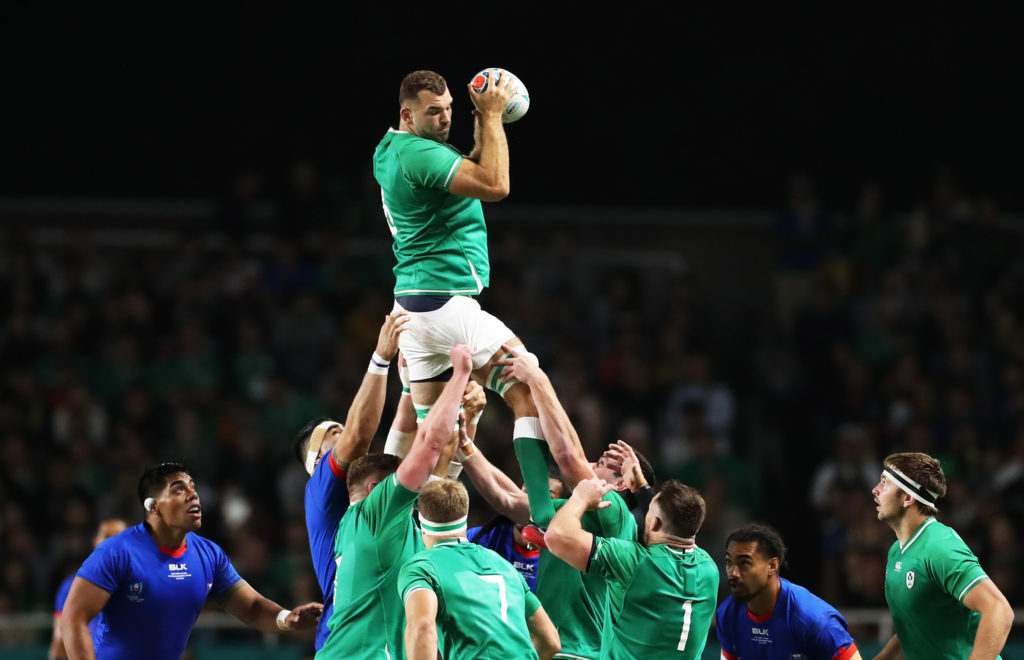 Tadhg Beirne of Ireland wins the line-out during the Rugby World Cup 2019 Group A game between Ireland and Samoa at Fukuoka Hakatanomori Stadium on October 12, 2019 in Fukuoka, Japan. (Photo by Shaun Botterill/Getty Images)

Samoa’s indiscipline seen them cough up penalties throughout and from a similar incident Ireland got the ball moving quickly and Conor Murray picked out Larmour racing away to the right with an incisive pass and the game was effectively safe.

Joey Carberry replaced Sexton but the scoring rate didn’t drop as Ireland produced their best performance of the tournament with the pressure on.  That bodes well for the rest of the campaign.