Ferguson: 'Roy was ready to resolve Saipan differences and play in World Cup'

ROY KEANE was ready to settle his differences with Mick McCarthy and play at the 2002 World Cup.

But McCarthy called a press conference to announce Keane’s departure from Saipan before the captain had a chance to make amends, says Alex Ferguson in his new autobiography.

Ferguson explains that when the trouble flared he was on a week’s holidays with his brother Martin to celebrate his 60th birthday, and had left his phone off during dinner.

Martin was contacted by Michael Kennedy – the solicitor, Keane’s agent.

According to Ferguson, Kennedy said: “You’ll need to talk to him, you’re the only man he’ll listen to.”

After some trouble getting a connection to Keane in Saipan, the pair spoke. 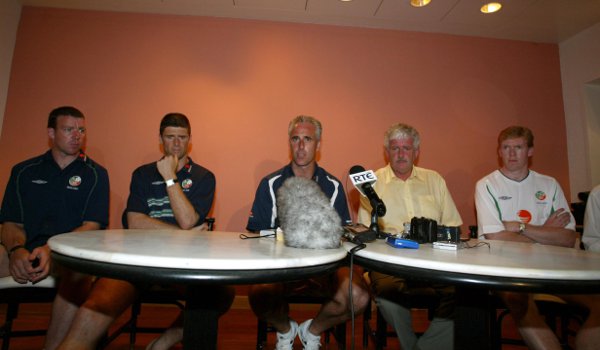 Ferguson writes: “Keane’s voice came on the line. ‘Roy, what on earth are you talking about?’ Roy unspooled all his anger at McCarthy.

"I said: ‘Calm down. A bit of advice. You cannot afford to make your children go to school every day with this as the background to their lives. Think of your family. It will be horrendous. Forget the World Cup finals. This will be the biggest story of the summer.’

“He knew I was right. I told him to get back in there with McCarthy, just the two of them, sort it out and tell the manager he would be playing. Roy agreed. But by the time he went back, Mick had already given a press conference to explain what had been going on. There was no way back for Roy.

Ferguson continued: “As bad as the conditions were, Roy shouldn’t have pushed his anger to such levels. But that was Roy. He was a man of extremes.”

In his new book, My Autobiography, Ferguson also reveals how Keane 'picked on John O' Shea'  amongst a host of other explosive and savage attacks on his former captain.