THE Rugby World Cup will commence in London one week from today and so begins our seven-day countdown to the global event.

Unfortunately, every major sporting event is an opportunity for criminals to pounce, and four years on from the last Rugby World Cup fans are now as much at threat online as they are in the real world.

NetNames, a leading online brand protection company, has released details of the most prevalent scams to watch out for in the run up to the showpiece in England and Wales.

The company has already seen an increase in online scams targeting rugby fans desperate to get tickets for the most popular games and predicts there will be a further spike in cyber-criminal activity when the tournament begins next week.

Here’s the top five online scams they’re asking fans to be mindful of.

Demand for tickets since the application phase opened in 2014 has been huge, with the initial ballot stage massively over-subscribed for many games. Whilst a further 100,000 tickets were released in late May on a first-come, first-served basis, but the most popular games are completely sold out. Despite the organising committee issuing warning messages on the official ticketing website about the dangers of buying through unauthorised third parties, a simple search for the term “Rugby World Cup tickets” on Google provides thousands of results. Among these search results, NetNames research uncovered:

• Ticket listings on sites that do not appear to be authorised to sell the tickets, with prices ranging from £657 for group stage games to £10,000 for the final at the end of October
• Even games that appear in low demand on the official ticketing website, such as Namibia v Georgia in Exeter, are being sold on websites for nearly £400, almost ten times as much as face value
• Some organisations with no official link to organisers World Rugby or the organising committee state that they can “provide authentic tickets for all games” or “guarantee best tickets”

As with any sporting tournament, you can expect an increase in sales of replica kit in the run up to the Rugby World Cup. Currently, an Ireland shirt can be bought online from trusted UK retailers for £65. However, a search on some overseas online marketplaces reveals the shirts are for sale for just $25 (£16.19), with quantities on offer in excess of 20 units at a time. At that price and in that quantity you would have to question the authenticity of the product, if it actually arrives at all. 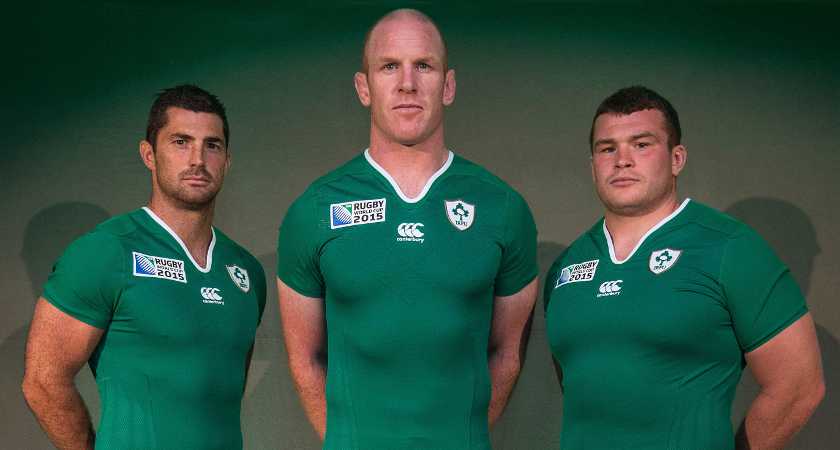 This year’s World Cup will see more fans access information via their smartphone than ever before. The World Rugby Ltd has an official app that is free for users, but a simple search on some of the major app stores reveals a couple of unofficial apps already, that could be dangerous for fans. This number is set to soar as the tournament edges closer. During recent major sporting events, some unofficial apps, that have featured official colours and logos, appeared to illegally stream matches live. Users need to be cautious as rogue mobile apps are capable of infecting devices with viruses and can also access personal data.

The organising committee for the Rugby World Cup started launching official merchandise last year, setting up shops in major tourist centres such as Oxford Street and Covent Garden in London and the St.David’s Centre in Cardiff. In addition, the official online store offers a full range of products for the tournament. However, websites are already offering counterfeit merchandise, trying to pass it off as official. Every official product has a Rugby World Cup 2015 hologram on it, although some online listings may use misleading pictures displaying the hologram. If in doubt, report an item to the Rugby World Cup team.

One of the most popular traditions of any major sporting event such as the Rugby World Cup is betting, whether on the winning team, top try scorer or individual match outcomes. Most fans will probably be using the mainstream betting companies to place their bets which offer a safe, secure environment for gamblers, but some may be lured by other alternatives who offer odds on games that seem too good to be true. In most instances, these deals are too good to be true and winning bets may never be settled. Before you hand over any money it is worth doing some simple research online about the reputation of the website or company.