The FAI has welcomed UEFA's support for their ongoing reform process

The Football Association of Ireland has thanked President Aleksander Čeferin and UEFA for their continuing support for FAI governance reform, their endorsement of the FAI Strategy 2022-2025 and their backing for the FAI’s drive to improve facilities across Irish football with the assistance of national and local Government.President Gerry McAnaney and Chief Executive Officer Jonathan Hill held very productive talks with UEFA President Čeferin and Director of National Associations Zoran Laković on a visit to UEFA Headquarters in Nyon to mark the conclusion of the FAI’s Centenary year.Items on the agenda included an update on the implementation of the FAI Strategy 2022-2025, the record growth in football for women and girls, the FAI’s facility audit across all levels of Irish football and the continuing Governance reform at the Association.“I want to thank UEFA President Aleksander and Director Zoran for their continued support for Irish football as discussed in our meeting on Monday,” said FAI President Gerry McAnaney. “Along with Government and FIFA, UEFA is a core supporter of the FAI and their backing has been fundamental to our ongoing transformation into a football association for the future. UEFA remains committed to our governance reform and have assured us of their full support going forward.” 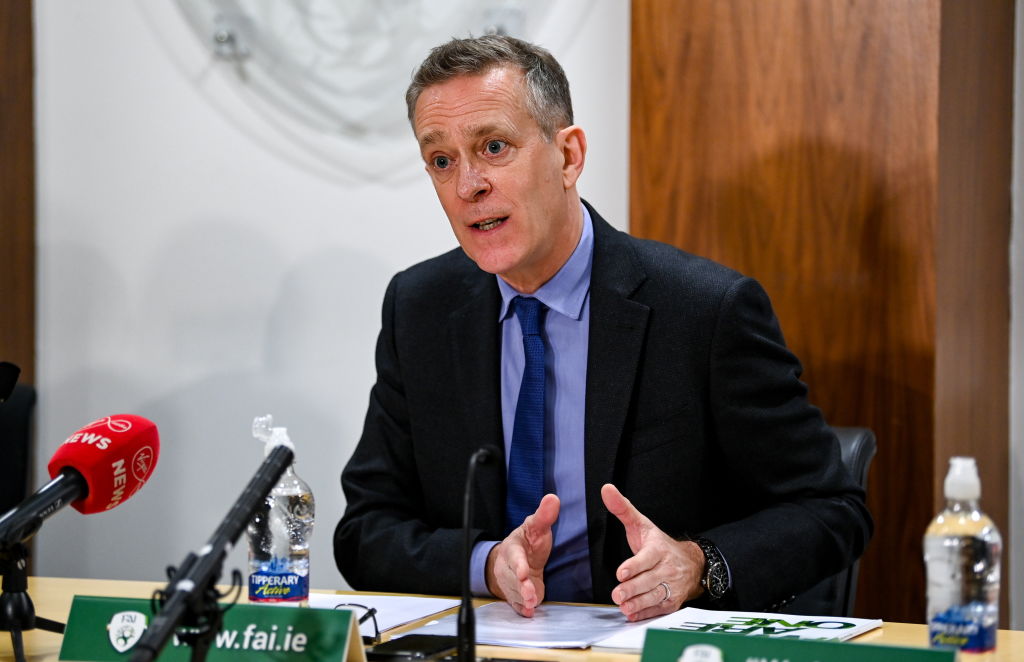 FAI Chief Executive Jonathan Hill added: “This was a great opportunity to discuss the progress we have made with the leadership of UEFA and of course to acknowledge their ongoing support. There are many areas in which UEFA can continue to support the Association, be it with our facility and infrastructure development plan, grassroots football, football for women and girls and the future growth of the League of Ireland. We also had the opportunity to update on our planning for the 2024 UEFA Europa League Final taking place in Dublin and our joint bid to host the UEFA EURO 2028.”"It was a pleasure to welcome FAI President Gerry McAnaney and CEO Jonathan Hill to UEFA Headquarters. It was great to hear first-hand about the reforms that should help Irish football's growth in years to come. As committed stakeholders, we look forward to supporting the FAI in their work with the Irish Government to improve facilities for all players and clubs throughout Ireland", UEFA President Čeferin remarked.