THE world’s first St Patrick’s Day Parade was probably held in 1601 in St. Augustine, in Florida, research has suggested.

We know for definite that in 1737 a St Patrick’s Parade took place in Boston.

Scroll down for this year's Parade Map

From there the idea has spread all over the world — everywhere it is a celebration of Irishness, and a way for members of the
diaspora to renew their links with home.

The St Patrick’s Day Parade in London is not quite as old as the Massachusetts extravaganza, nor as big as the New York
parade, or indeed Chicago’s celebrations — these include dyeing the Chicago River green for the festivities.

The Thames may not be dyed green for the London St Patrick’s Day celebrations, but large swathes of the rest of London go
distinctly emerald in honour of St Patrick.

The parade, on Sunday, March 18, itself is every bit as spectacular as its American counterparts, and has become a key event for the Irish in Britain community.

Now in its 17th year, over 50,000 people will line the streets of central London, from Piccadilly to Trafalgar Square, to watch this celebration of Irish culture, which begins at noon.

As the parade makes its way past the statue of Eros and along a 1.5 mile route down towards Pall Mall, the sound of Irish music will fill the air.

Marching bands from across Britain, Ireland and the USA will strut and skirl their stuff, and elaborate floats will
present fl amboyant pageantry and imagery from Ireland.

Sports clubs and Irish dancing schools and community organisations will be pooling their resources to make this a
St Patrick’s day to remember.

This year the theme is Behind Every Great City (#BEGC) and gender equality - so the parade will be led by gloria hunniford and Imelda Staunton, surrounded by a group of leading Irish women in London. 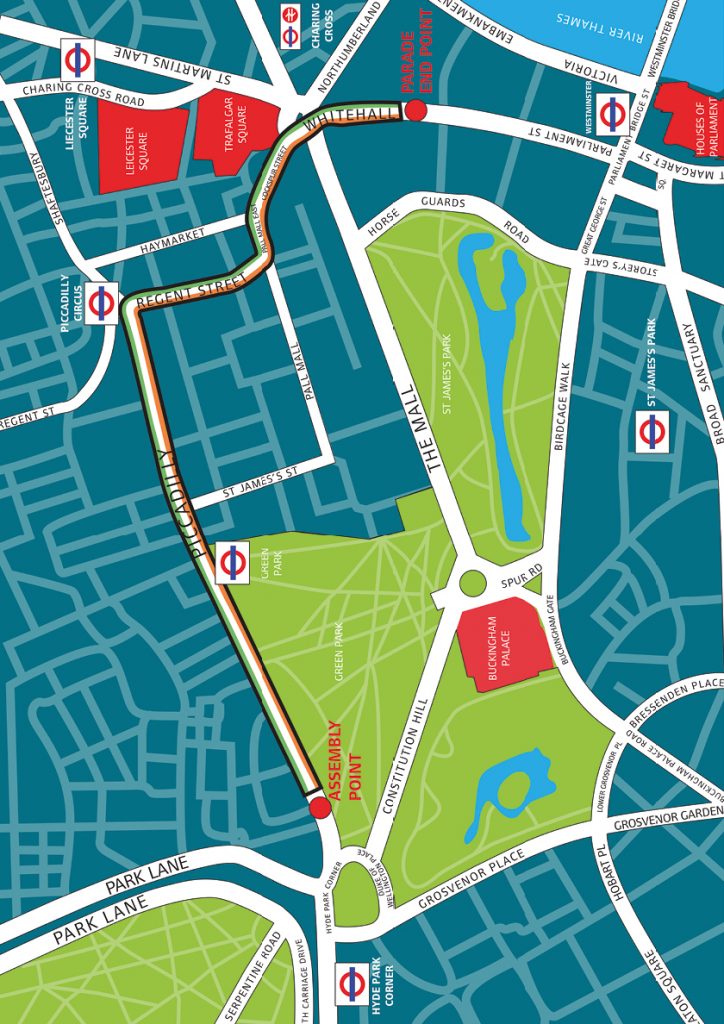