Noah with the squad in Limerick. (Photo: Brendan Gleeson)

The two year old, who was born with a hole in his heart and has since been diagnosed with several further medical issues, was in great form as he was pictured playing with Gardaí ahead of the official graduation ceremony in October.

Noah was also gifted a toy Garda motorcycle complete with flashing lights, and loves it, according to his mother Una.

The little hero has had a tough start to life but the help and love from family and the local Limerick community have made all the difference, Una tells The Irish Post.

Speaking to us today, Una tells us about the events that kickstarted his Garda career, as well as Noah’s bravery and how the family are keeping positive after recently receiving the devastating news that Noah is likely to pass away prematurely. 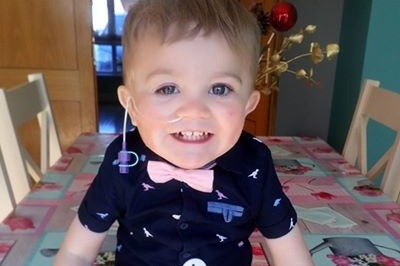 Asked about the lead-up to the Gardaí rolling out the red carpet for their youngest recruit, Una says “We were at a Little Heart Warriors event here in Limerick, which has facilities for children with Congenital Heart Defects to play together, and they had little uniforms for kids to dress up. They had a Garda uniform, so I put the jacket on Noah and I sent the photo to the Gardaí just to say like, ‘Here’s something to brighten up your day’—and it just went viral.

The Garda headquarters rang me and said they wanted to recruit Noah and send him for a day trip to the Garda station. He had a ball—they rolled out the red carpet, he got to pet the police dogs, got a trip in the squad car and a ride on a motorcycle. He and his big sister Leah both got medals for bravery. It was a lovely day.” 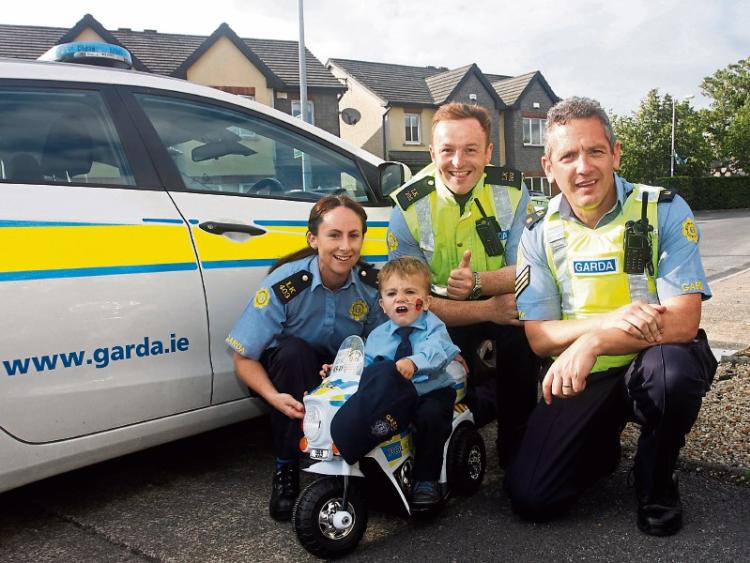 Noah with the squad in Limerick. (Photo: Brendan Gleeson)

Next up for Noah in his newfound career is the prestigious official Garda Graduation ceremony in Phoenix Park, Dublin.

“It’s a full day of events,” Una tells me.  “The Garda band will be playing. It will be a great day out for him.”

“Noah has the personality to be a Garda—he’s very brave, and he’s mischievous as well—though I don’t know if that will be a good thing,” she laughs.

The close-knit family are keeping positive with the help of the community, and as Una chats to us, Noah can be heard chuckling happily in the background.
“He’s not too bad at the moment,” Una says. “The year he was born was the worst. He has a few things going on but he’s not as bad as he was. We’ve met really nice people who work in the hospital or who have been in the same situation.

His sister Leah is very good with him, she’s seven in August and she helps with the tubes and she helps to look after him. He’s very mature when it comes to Noah.” 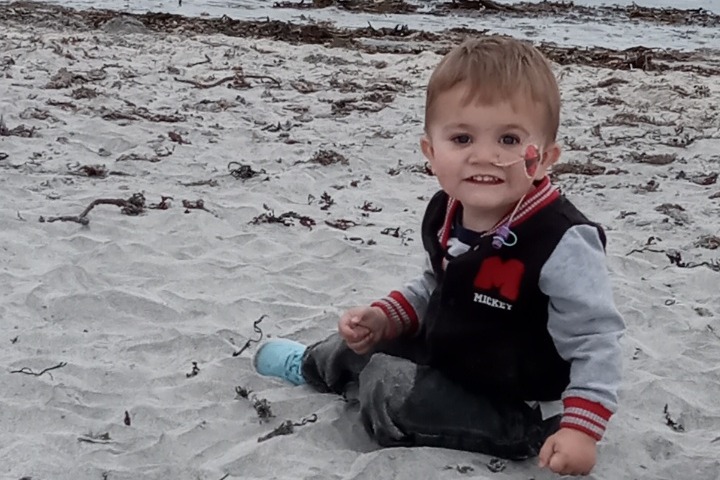 Regarding the tragic news that Noah was likely to pass prematurely, Una says her family are committed to staying positive and making Noah’s life the best it can be.

“We always knew he would pass prematurely because he’s always been so sick. We don’t think of it, we do things on the spur of the moment, like holidays and everything—so we’ll always have the memories. So that’s how we live. One day at a time.”

Her positivity has rubbed off on the little hero, as Una tells us “He’s always in great form. Even though he vomits numerous times a day he’s still laughing.” 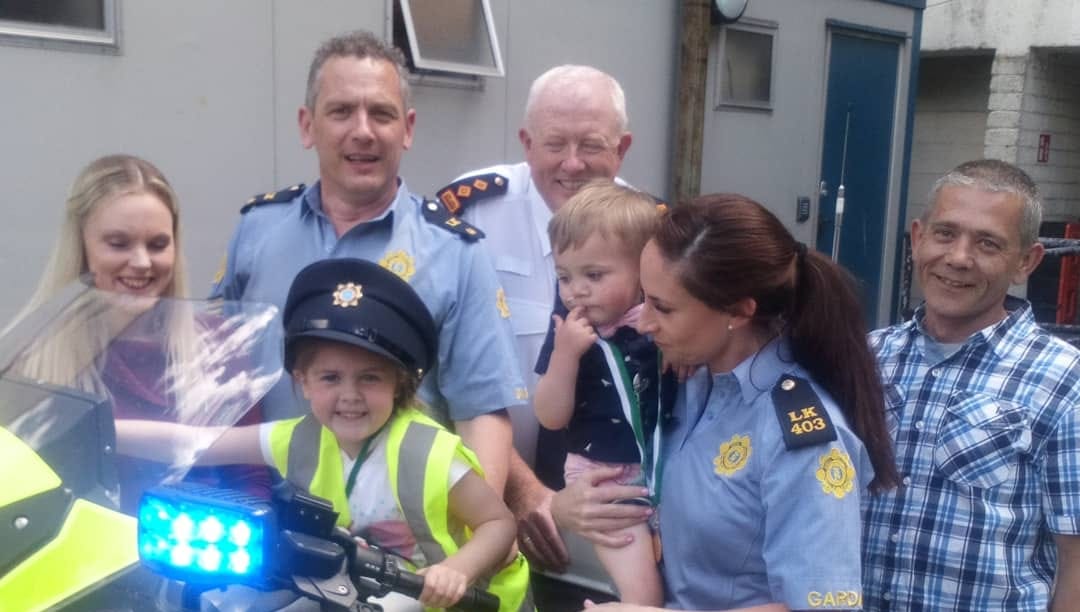 Right now, the Quish family are focused on keeping Noah happy and making memories with the little warrior. There will be a fundraising event set up in their hometown of Ballylanders in the near future, and a GoFundMe has been set up to help with the cost of Noah’s future medical bills.

Noah’s Facebook page is filled with gorgeous shots of the little boy enjoying life where you can keep up with his story.

Una has one piece of advice for everyone reading this, telling us: “When Noah was sick at the start I went to so many doctors and everyone kept telling me he was fine. But I knew there was something wrong.

If you’re in doubt, always trust your gut.”

So what’s next for the little warrior—is a stint as a Firefighter on the cards?

“We’ll just stick with the Guards for now,” Una laughs.

How do the Irish Spend on Gambling compared to the World?

We need to talk: Examining the issues surrounding men and mental health