THE Irish have a long and arduous history throughout Britain – and perhaps particularly in its biggest cities, with hubs such as Liverpool, Manchester, Glasgow and London seeing generations upon generations of Irish people make them home.

Manchester is one city with a long established Irish connection – and it is estimated that around 35 per cent of the city’s population has some Irish ancestry.

It will come as no surprise, then, that there are several sites around Manchester steeped in Irish history. 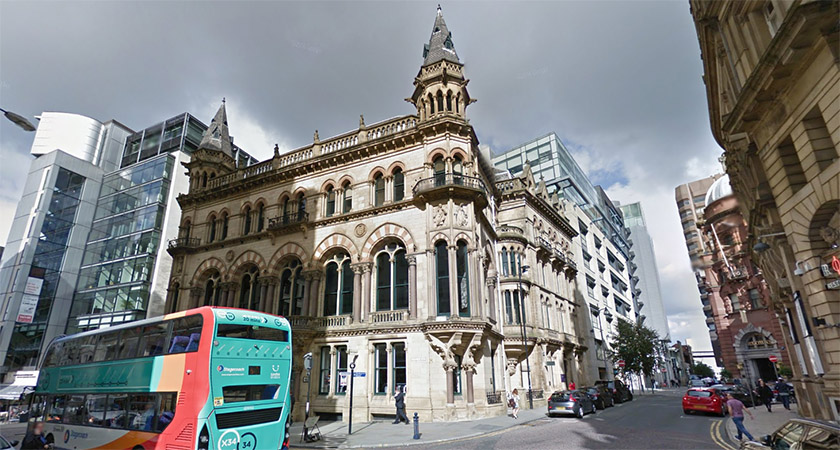 The Reform Club is a Grade II listed Victorian gentleman’s club in the heart of Manchester city centre. The eye-catching Gothic structure was designed by Irish architect John Philpot Jones, who was born in Cork in 1830.

Former Oasis frontman Liam Gallagher, whose parents are from Mayo, owns a Pretty Green clothing store in the building. 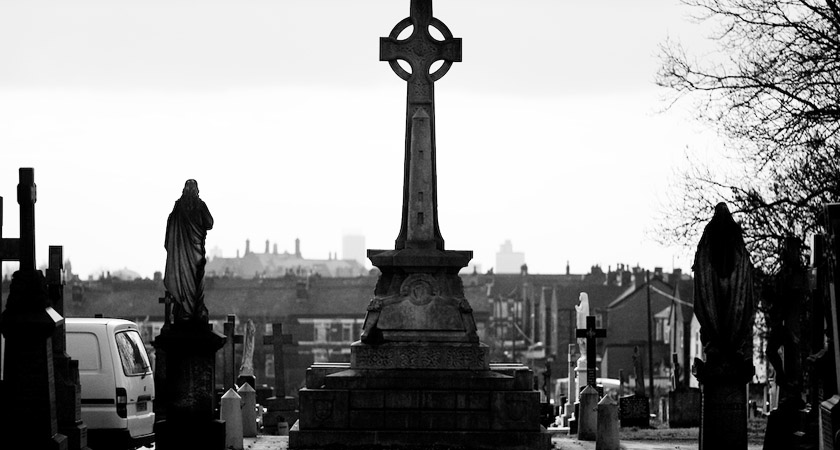 A monument dedicated to the Manchester Martyrs was unveiled in Manchester’s St Joseph’s Cemetery in November 1898. Designed by Irish artist J. Geraghty, the 20 foot (6m) monument is a Celtic cross made of limestone.

The site has been the scene of several disturbances, as it has been the tradition for Republican sympathisers to parade there on the anniversary of the deaths of those hanged. Click here for more on the Manchester Martyrs.

The monument has suffered several attacks to its structure, as well as acts of vandalism, and is listed as being "at risk" by the Public Monument and Sculpture Association National Recording Project. 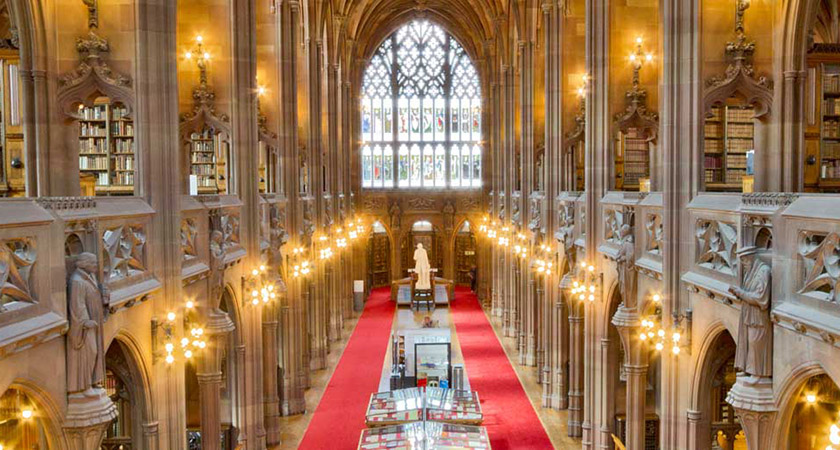 The John Rylands Library in Manchester city centre is a is a late-Victorian neo-Gothic building built in 1899, now part of the University of Manchester Library.

Two large marble statues of the library’s founders – John and Enriqueta Augustina Rylands – were made by Irish sculptor John Cassidy in 1907.

Cassidy was born in Co. Meath in 1860 and moved to Dublin at the age of 20 to find work. He won a scholarship to study in Milan and after two years moved to Manchester, where he lived for the rest of his life. 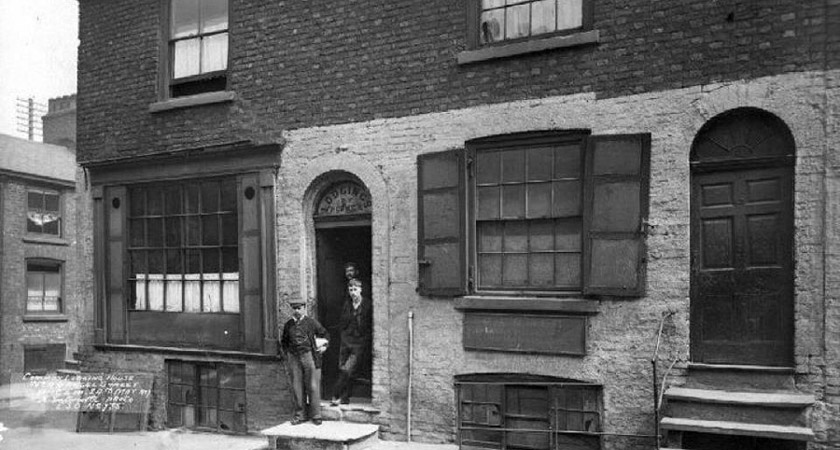 German journalist Friedrich Engels called Angel Meadow ‘hell on Earth’ – and he was only visiting.

The 19th century Manchester slum had a population of 20 to 30,000 at its peak – the vast majority being destitute Irish who had fled the Great Famine to find work in industrial Manchester.

The Irish of Angel Meadow lived in utterly shambolic conditions even for the time. Angus Reach, a London-based journalist, visited Angel Meadow in 1849 and said:

"The lowest, most filthy, most unhealthy and most wicked locality in Manchester is called, singularly enough, 'Angel-meadow.' It is full of cellars and inhabited by prostitutes, their bullies, thieves, cadgers, vagrants, tramps and, in the very worst sties of filth and darkness, by those unhappy wretches the 'low Irish.'"

Angel Meadow was demolished during slum clearances in the late Victorian era. A park now stands in its place. 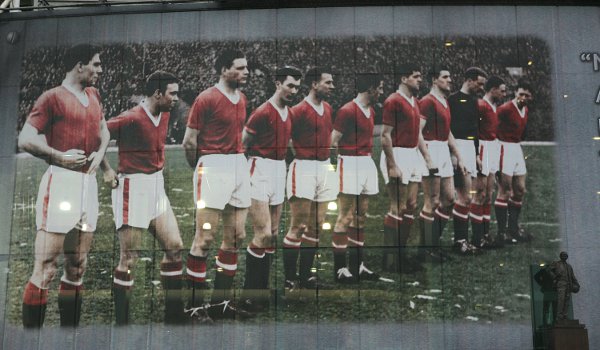 Well, you’ve heard of this one, but you may not realise how deep the Irish connection runs at the Theatre of Dreams. Between 1936 and 2016, Manchester United always had at least one Irish player on their books – an unrivalled tradition of 80 uninterrupted years.

The club, which was almost renamed Manchester Celtic in the early 1900s, has featured more Irish internationals (34) than any other English club and more than all but four clubs in Ireland itself in Shamrock Rovers (82), Shelbourne (51), Bohemians (49) and Dundalk (38).

The standard was set by Irish legend Johnny Carey, who was the club’s first post-war captain and first from outside Britain.

Liam Whelan immediately followed as one of the Busby Babes, before tragically becoming the only non-English player to die in the Munich air disaster, cementing the club’s Irish connection forever.