Board games are carelessly strewn across the table.

PARTY games were long known in the Celtic countries. In the Irish sagas various ‘games’ were played — the original aim was probably for divination or ritualistic purposes rather than recreation. They may even have been used to select victims for sacrifice. So not exactly Trivial Pursuit.

Today's games are a little more benign. Below we profile nine of the best Christmas party games, eight of which you may want to try over the festive period, one which you might be iffy about. 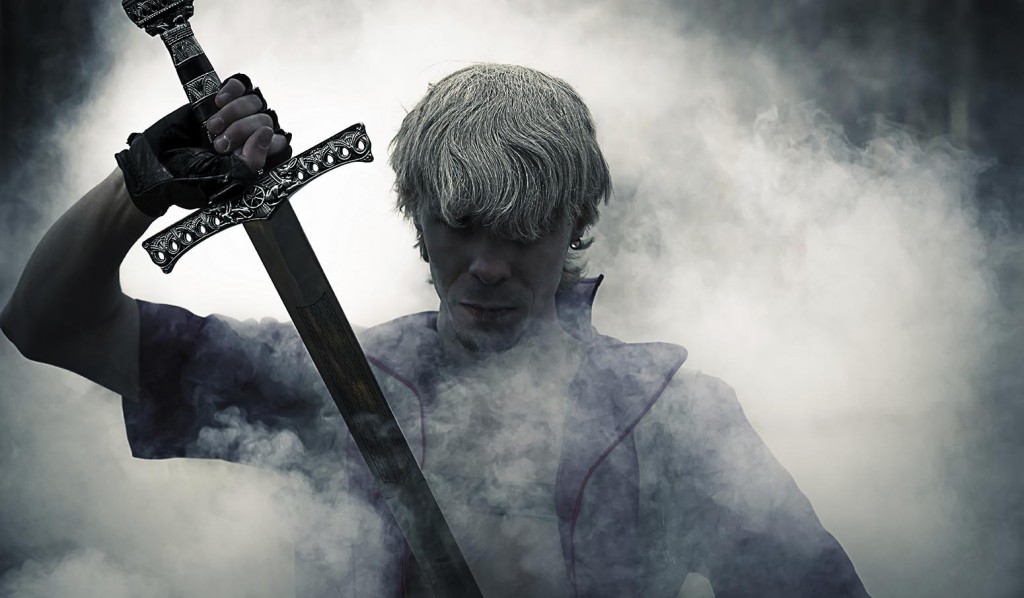 OVERVIEW: A 'pass-the-parcel' type game of antiquity, mentioned in some of the early Irish sagas.

RUN OF PLAY: This would seem to have been a game well worth giving a body swerve to. Caisean uchad was a ritual in which a sheep's head (set alight) was passed around a group of people.

As you might imagine, it was extremely bad luck to be left holding the head when the fire went out.

BEST ADVICE: Don’t try this one at home folks!

RUN OF PLAY: The competitive part of Monopoly is often over in 15 minutes or so when the winner emerges; but it can take hours for them to grind the rest of the players into the ground. Those not fortunate enough to win properties with a regular monetary return, slip slowly into debt; a feeling many find uncomfortably familiar to real life.

PHILOSOPHICAL DIMENSION: On a personal note, we used to play the game at home in Co. Down. Like many families, we had a few local rules, such as putting all fines etc into a pot in the middle. When anyone landed on Free Parking, they collected this money.

The bank, predictably, became depleted — a situation exacerbated by the fact that 8 of us were playing. Now, our father liked to see his kids all doing well in the world and would slip money under the table to keep you afloat if you found yourself under financial duress. Needless to say this, coupled to ‘Free Parking’ money, tended to bankrupt the banks — so instead the bank would issue scraps of paper  with ‘IOU’ scribbled on them.

This was almost a direct parallel of what would happen to real Irish banks a few decades later.

It was a valuable lesson for us kids. 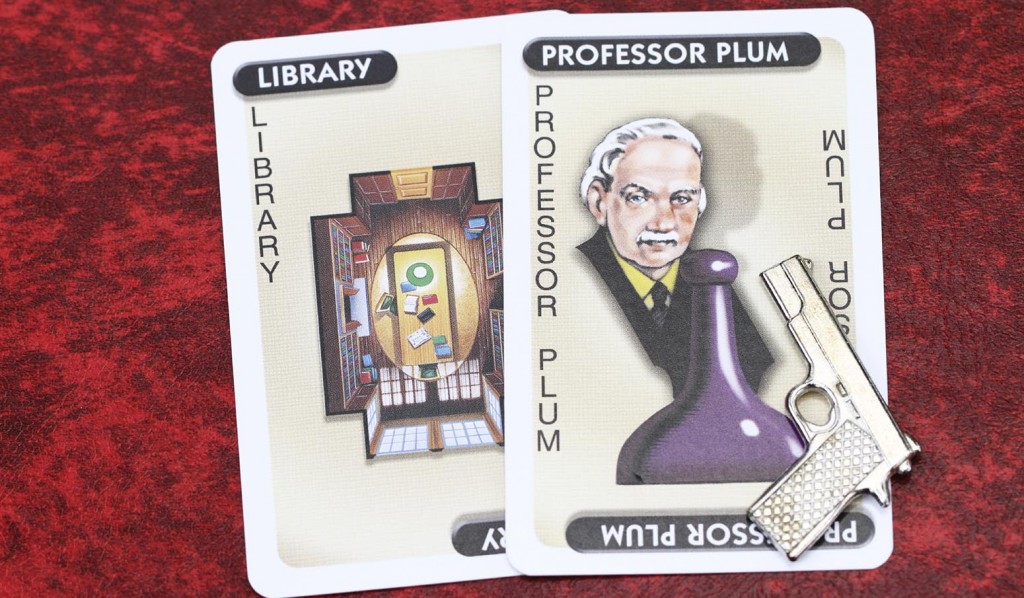 Cluedo — a game of dark deeds and deduction. Picture: iStock

OVERVIEW: This is an elegant game of dark deeds and deduction. Was it Rev Green with a candlestick in the library; or the KGB with a plutonium dart on the street outside?

No, we jest about the KGB. Because Cluedo, very endearingly, has never been updated. Colonel Mustard and Miss Scarlett still cavort at will, while vicious vicars commit infamous deeds throughout the house.

RUN OF PLAY: Cluedo is what is called a low random chance game. The throw of a dice merely determines a player's progress round the board; but skilful deduction is required to determine the identity of the murderer, in which room and with what weapon.

POINT TO PONDER: Whether the makers will ever come up with a very short version of Cluedo that includes DNA testing. Let's hope not.

4. Murder in the Dark

OVERVIEW: This is basically Agatha Christie as a parlour game. (We still call them ‘parlour games’ even though we're not quite sure what a parlour is.)

RUN OF PLAY: You'll need at least eight players, and preferably a house with no valuable heirlooms. Cards are drawn that include an ace and a joker. Whoever draws the joker keeps quiet about it; the ace declares — he or she is the detective.

The lights then go out throughout the house, the participants scatter, and a dastardly murder takes place in the dark (usually the murderer sidles up to the victim and declares their identity).

The players troop back into the main room. The detective then has to work out who the culprit is: visiting the scene of the crime, cross-examining the survivors. The only person who can lie about their whereabouts at the time of the murder is the murderer. 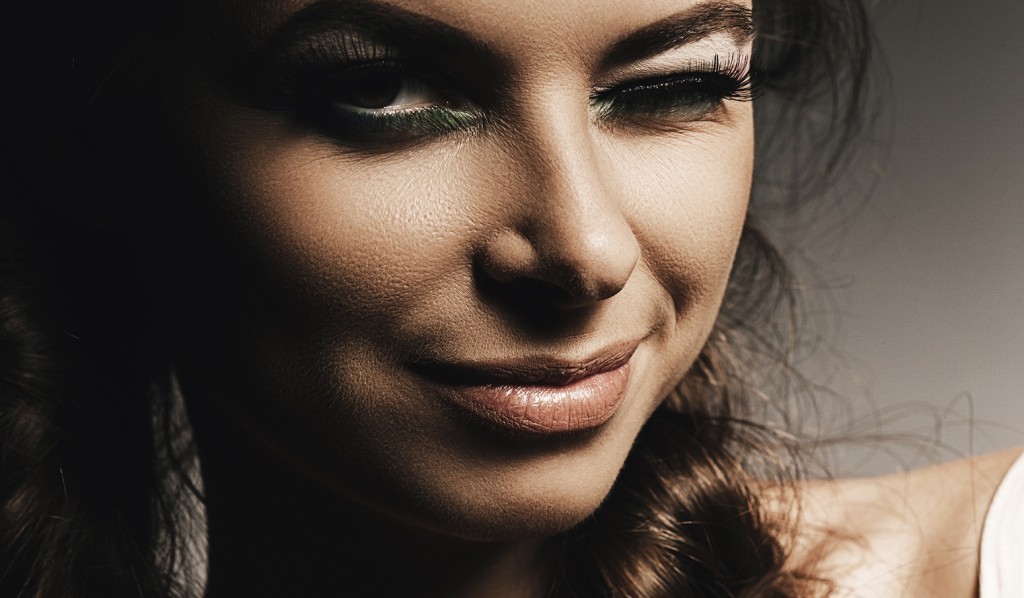 A wink can be fatal. Picture: iStock

OVERVIEW: Wink Murder is a sitting-down, safer version of Murder in the Dark — but many believe a more sinister and chilling game.

RUN OF PLAY: Players are seated round a table, and a scary atmosphere is created with candles, spooky music etc.

As in Murder in the Dark, one player is secretly assigned the role of murderer by drawing cards. He/she kills by making eye contact and then winking surreptitiously at another player. If a player is winked at, they must count silently to five before feigning sudden death by slumping forward on the table.

If a player suspects they know the identity of the murderer, they raise their hand and announce "I accuse".  If they’re wrong the accuser is out, the game recommences and the murderer continues his wicked ways.

The objective, needless to say, is to murder as many people as possible without being caught.

PHILOSOPHICAL POINT: There's no room for players who accuse opponents of being "complete winkers", thank you very much.

OVERVIEW: Another game with very limited requirements — you only need some coloured pens, paper and half a dozen players. The satisfaction, however, can be enormous. This is one of the truly great Christmas games.

RUN OF PLAY: At the beginning of every round one person announces a category (say, animals). They then write down what everyone is supposed to draw (jointly) in that category (say, a lion) on several pieces of paper, one scrap of paper per player.

However, one person just gets an X. That’s the fake artist.

The pieces of paper are distributed randomly amongst participants, and everyone keeps quiet about their status as regards being a bona fide or fake artist.

The game begins: everyone takes turns adding one line to a communal drawing (in this case, of a lion). The winner of the round is whoever spots the fake artist, or the fake artist works out what the drawing is.

ADDED BONUS: You often end up with drawings so outlandish they could most likely win the Turner Prize.

OVERVIEW: Charades is a game where a film, book, celebrity or artistic endeavour is acted out by one individual while the rest try to guess the title.

TOP CHARADE: Just to get you started, here’s a good charade to pull out of the bag at your next party:

The charade is that you wear a beret.

Then throw it away: Chuck Berry.

Stand back and await the applause.

TOP TIP: Don’t have a heart attack while playing — the other participants, instead of calling for an ambulance, will continue trying to guess what part you’re playing. 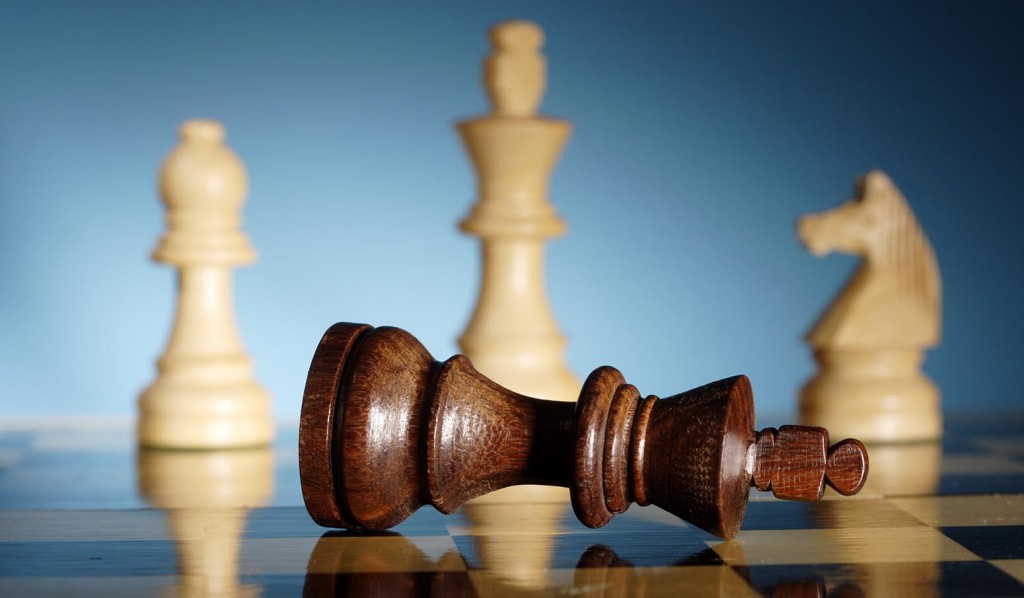 Chess - don't attack until your king is safe. Picture: iStock

OVERVIEW: One of the all-time great games, based on the maxim: a weakness is not a weakness unless it can be attacked.

RUN OF PLAY: Chess comes with two serious drawbacks: only two people can play at any one time; perhaps even more crucially, you need to have some grasp of the complex rules to gain maximum enjoyment.

Good news: even with chess there is a chance of victory for the non-expert. It has been calculated that a complete beginner, playing legal moves at random, has about a one in 10 to the power of 20 (that would be about 1 in a billion multiplied by several more tens) chance of defeating the world champion.

Nonetheless, even a rudimentary knowledge of the game will give you huge satisfaction.

TOP TIP: Never begin a fight in chess until you’re ready. In fact, not bad advice for life in general.

OVERVIEW: This is the only true game of skill.

RUN OF PLAY: Snap can be strangely gripping after a long Christmas day. Highly recommended.