I WAS wiping the mud from a 20-foot length of half-inch steel reinforcing bar with a wire brush and cursing the frost from the night before, that made it harder. I had, by then, passed the “barra liobar” (frozen fingers) part and the blood was circulating well despite the freezing cold. Steel is about the coldest thing you can handle in freezing weather.

It just didn’t seem like Christmas at all. I received a card from home the day before and Mam said how they were looking forward to Christmas and going to Dingle for the day with Dad. The lads were fine, she said, and they were wondering why I wasn’t coming home and she told them work was tight in England and maybe I wanted to put a bit of money away. Poor Mam, she always thought the better of me.

Today was payday; at least there was something good about it. Tomorrow, Friday, was Christmas Eve, so we had money for a good booze-up if nothing else for the weekend. There were six of us staying in a boarding house in Kentish Town and since we were all from the other side the mood, to say the least, was sombre.

There were two from Donegal and they worked in the tunnels and made tons of money. The work was hard but, I’ll tell you, they were harder. There were three of us from West Kerry and we worked straight construction – buildings, shuttering (concrete formwork) and the like. That was hard work, too, but not as tough as the tunnels with the compressed air. The other fellow was from Clare, a more respectable sort of chap and he worked for British Rail as a porter. 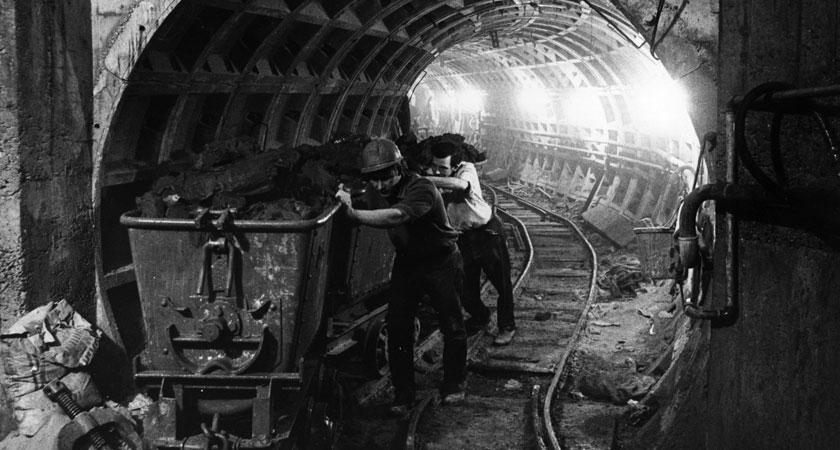 Work in the tunnels under London was hard (Image: Getty)

I tried the tunnels myself once. I persuaded one of the Donegal fellows to get me a start and to tell the truth it was the money that enticed me outright. But my venture was a disaster. I started and descended into the tunnel and while there the compressed air hit me like a shot after an hour and my ears screamed with pain.

On Christmas Eve, we worked half-a-day. The foreman was a sly bastard. He was as Irish as we were, but when the “big knobs” from the Contractor’s office appeared on site he affected such a cockney accent that you’d swear he was born as close to “Petty Coat Lane” as the hawkers plying their trade there on Sunday.

We all chipped in and gave the foreman a pound each for Christmas. This gesture did not emanate from generosity but rather preservation. Our erstwhile foreman could be vindictive

Anyway, we all chipped in and gave him a pound each for Christmas. This gesture did not emanate from generosity but rather preservation. Our erstwhile foreman could be vindictive and on payday, he would come by and ask for a light and you would hand him the box of matches with a pound note tightly squeezed in there and all would be well with the world. Not a bad day’s take as there were twenty in our gang. But the job paid well and no one complained.

When I got to the house on Christmas Eve, I paid the landlady and took a bath and dressed in my Sunday best. I waited for the others and we all sat down to dinner. It had some meat and lashings of mashed potatoes, “Paddy Food” they called it. It didn’t bother us much for we knew we would have steak in a late-night café after the pubs closed anyway. The six of us were dressed and ready to go at half -six and we headed straight for the Shakespeare near the Archway.

After a few pints, there we went to the Nag’s Head on Holloway Road. However, we encountered a group from Connemara there and rather than wait for the customary confrontation – for some reason there was animosity between those from the Kerry Gaeltacht area and those from Connemara, which was also a Gaelic-speaking area in Galway – we decided to forego it on Christmas Eve. But we assured each another that the matter would be taken care of in the very near future. Just as I was leaving one of the Connemara chaps said, “láithreach a mhac” (soon, my son) and I responded “is fada liom é a mhac” (I can’t wait, my son). 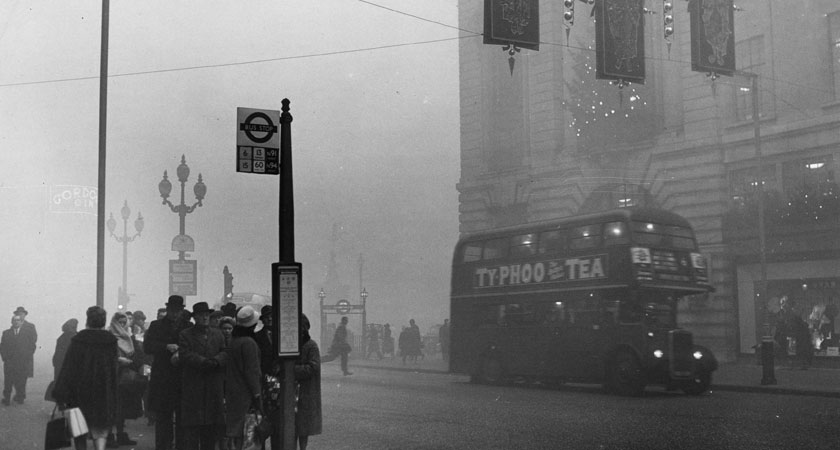 It may have been Christmas, but it was grim for some Irish in London in the 1960s (Image: Getty)

We ended up in the Sir Walter Scott in Tollington Park and I barely remember seeing a row of pints lined up on the bar to tide us over the period between “time” called and when we actually had to leave. This period could last an hour depending on the pub governor’s mood.

We ambled, or rather staggered, into the late-night café sometime after midnight and the waitress gave us a knowing glance and said, “Steak and mash Pat, OK” and we all said “yes". Some of us said it a few times just to make sure we had said it. It was then I thought, Jesus, I never went to Midnight Mass. That bothered me. I had always gone to Midnight Mass, but it was only last year I started drinking and it went completely out of my head.

We had our feed of steak and left and we decided to walk to the Tube at Finsbury Park and that would bring us to Kentish Town Station. Somehow, we made it and truthfully I don’t remember a moment on that train.

One of the Donegal fellows pulled out a bottle of Scotch and passed it around and we just sat on the beds and took turns taking swigs, descending deeper and deeper into the realm of the absence of coherence of any sort.

We arrived home at two and as quietly as possible reached our rooms. One of the Donegal fellows pulled out a bottle of Scotch and passed it around and we just sat on the beds and took turns taking swigs, descending deeper and deeper into the realm of the absence of coherence of any sort.

I remember thinking again about missing Midnight Mass and I must have voiced my disgust a number of times to the annoyance of the others and one of them asked me to “shut the hell up". I approached him and hit him right between the eyes and he crumpled to the floor and fell asleep.

The others struggled and lifted me onto the bed and everything just blanked out and I remember awakening on Christmas Day and the fellow I hit was nursing a bruised cheek by the window. I asked him what happened and he said he didn’t know and that he thought he bumped into something in his drunken state. I told him that I thought I hit him and that I was sorry.

He came by my side and sat there and I thought I detected a tear or two in his eyes. He looked at me and said, “You know, this is no friggin’ way to spend a Christmas, is it?” And I said, “You’re right” and I shook his hand for I thought he was a better man than I.

Originally published on irishcentral.com in December 2014