A DUBLIN grandfather has reached out for help in locating hi childhood sweetheart whose heart he broke when he was a teenager.

Gerry Malone is 69 years old but is still thinking about 'the one that got away'-- his childhood sweetheart, Catherine.

The Rathcoole man, originally from The Liberties, suffered a health scare last year when he was diagnosed with prostate cancer, and admits he had accepted he was going to die and was even planning his funeral-- until a scan in February this year miraculously showed he was free from the disease.

Gerry's brush with death led him to think about his life and his childhood, and he began reminiscing about the girlfriend he had had as a teenager-- the one whose heart he broke.

In 1966, when he was 15 years old, Gerry broke it off with Catherine in the lead-up to Christmas because, he says, he didn't have any money to buy her a Christmas present. 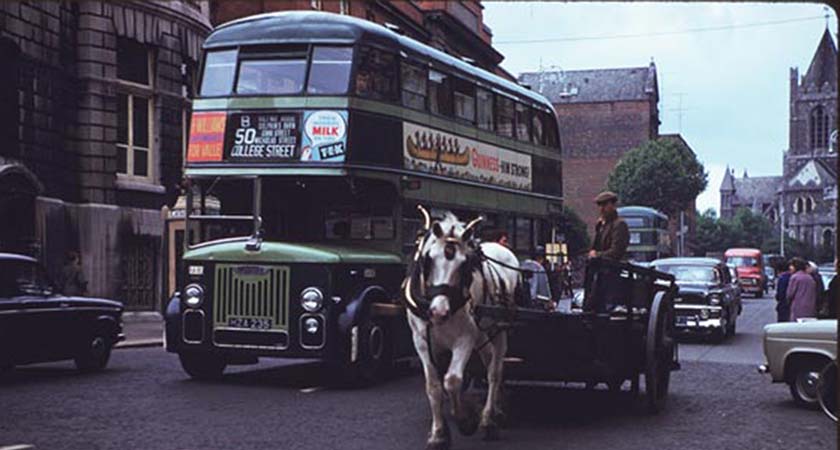 The Dubliner took to the 'Dublin Down Memory Lane' Facebook page where he asked if anyone knew Catherine from The Liberties, and said "I want to apologise for calling it off Christmas week, 1966. I was 15 and had no money for a present. Sorry."

Gerry's post garnered a huge reaction from the community, and Gerry told 98FM that within 20 minutes he had 900 comments from people wishing to help.

"I've never felt it since."

Gerry also spoke to The Irish Independent and said :"That girl was my first girlfriend and, of course, she may well have moved on with her life, but I wanted her to know I was sorry."

“That day has been with me for all my life. She gave me a present of Cedarwood aftershave and I couldn’t afford to get her a gift back. Rather than go through Christmas and get her nothing, I made up an excuse and that was it."

He admitted that he saw Catherine once or twice after he ended things, but each time he hid from her rather than facing up to her, something which "broke my heart for a long, long time".

When he was given the all-clear from cancer, his doctor advised him that he had one life, and to enjoy it-- and it made Gerry realise "I really felt I wanted to find Catherine."

Gerry himself married, had children and is now a proud grandfather of three, but now finds himself single again-- acknowledging that "Catherine may well have moved on with her life", he says he would just like to find her and say sorry.

And it's not as though Gerry has a lack of options-- he told The Independent that since putting his plea to find Catherine on Facebook, he has had hundreds of messages and even marriage proposals.

But it's Catherine he's thinking about.

"You never get that young love again and I don’t think it'll happen again for me. But just to be able to say sorry to Catherine and for her to know, would be lovely for me."

"If I never find Catherine again, that’s just fine," he said, "but I’d love to know she’s happy and that she accepts my apology for all those years ago.”

If you think you know who the woman whose heart was broken by Gerry Malone in the 1960s in Dublin, get in touch with The Irish Post.

Restaurant appeals to reunite lost teddy with its owner