SUPERSTAR SAINT: Why St Patrick's Day is loved and celebrated across the world

ABOUT 80million people worldwide claim some Irish ancestry – with almost half of them living in the USA.

This large Irish presence in America largely dates back to the 1800s — although there were scattered Irish communities in the New World long before that.

Although Irish citizens wandered to every corner of the world — with substantial numbers coming to Britain or going to Australia — the main destination for many centuries was the USA.

To begin with, and for many decades after their arrival, Irish Catholic immigrants were viewed with mistrust and accused of stealing the jobs of those already settled there.

Discrimination in parts of the US became common but in the face of this animosity, Irish Catholics in America decided to celebrate their heritage and show pride in their identity by marking March 17 in some style.

They wanted to announce their presence and were prepared to face down any hostility. 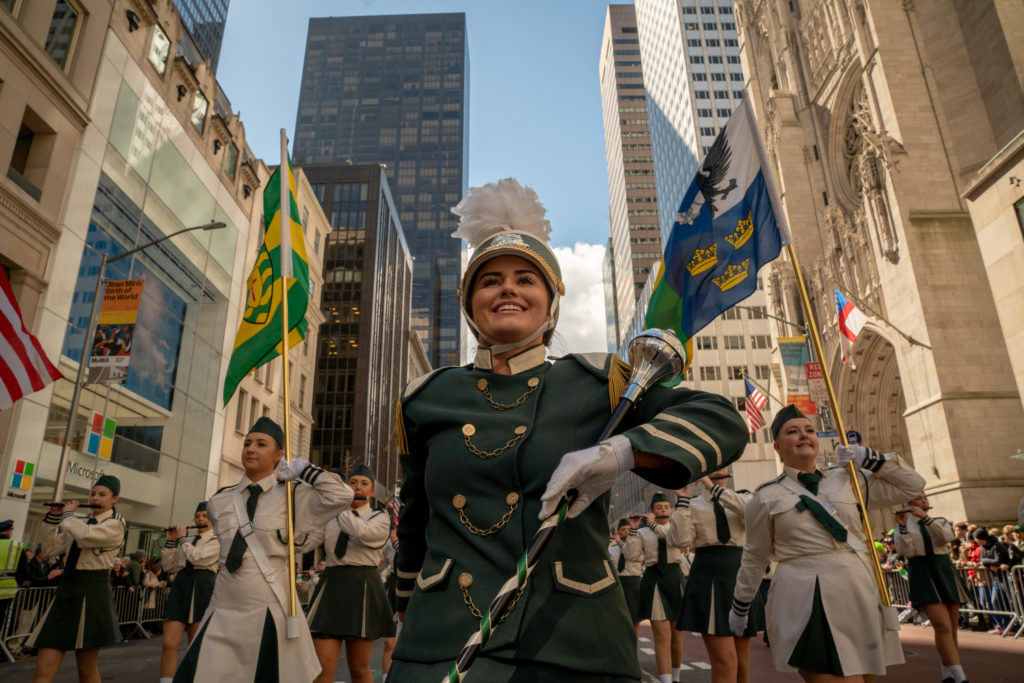 But here a crucial difference to Britain kicked in.

Aside from Native Americans, the US was made up entirely of immigrants.

So it was much easier for St Patrick’s Day festivities to get a hold and burgeon into the nationwide celebrations they are today.

Discrimination against the Irish steadily decreased, and Irish people reached the upper echelons of US society, including as far as the White House.

In Britain, it was a different story. Irish immigration had become a way of life from the 19th century onwards.

Few Irish people lived in Britain before then, although there were scattered communities in various parts of the country - and they largely remained at the lower levels of the social pile.

In the late 1940s and 1950s immigration really spiralled.

The Irish immigrants brought with them their culture, their music and their heritage.

At home in Ireland, St Patrick’s Day was a modest day of religious observance.

Celebrations, however, were almost entirely restricted to the Irish community. 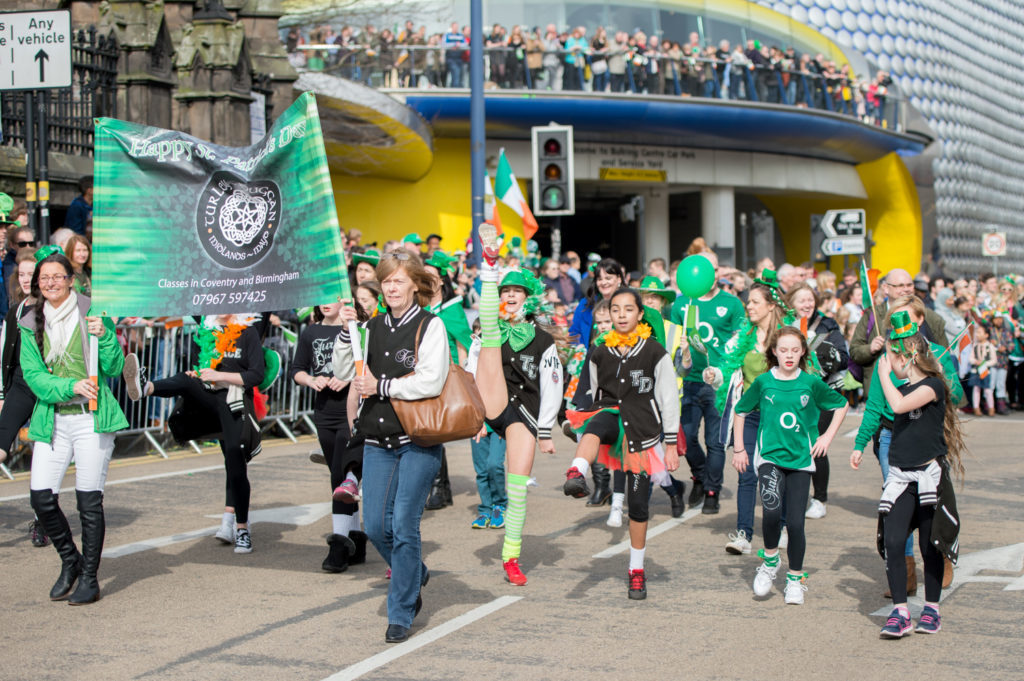 But from the 1990s onwards St Patrick’s Day took on a more general appeal with the population at large.

Opinion is divided as to how and why this happened. It is undoubtedly a fusion of many elements — societal changes invariably are.

Irish people knew so much about their nearest neighbours across the Irish Sea.

But your average English person knew little about Ireland and was as likely to visit Ireland, north or south, as book a passage to Outer Mongolia. 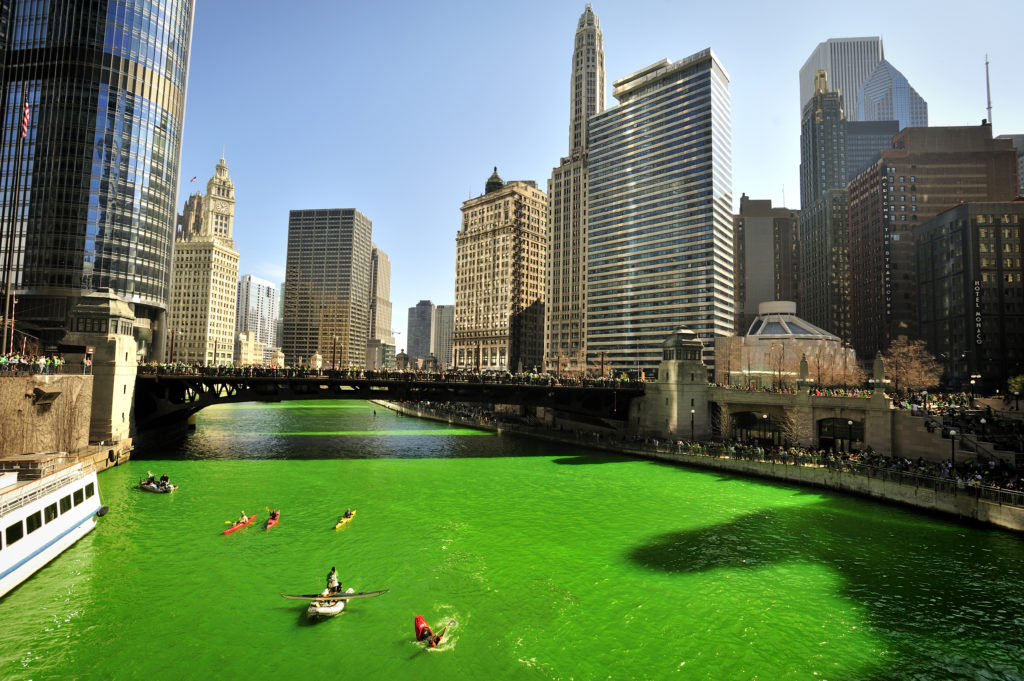 Each year as part of the Chicago St. Patrick's Day Parade celebrations the Chicago River turns an incredible shade of Irish green.

All that is changed now – until the Covid-19 pandemic struck in 2020, Dublin was one of the top destinations for British people on a weekend break and rare indeed is the record collection in England which doesn't include U2, Snow Patrol, The Cranberries, Van Morrison or Enya.

And of course Mrs Brown and her Boys, somewhat extraordinarily, is one of the sitcom hits of British television.

So, when did this sea change in British attitudes occur - and what brought about this transformation? And transformation it is — St Patrick’s Day totally eclipses St George’s Day in England.

Of course, it is difficult to know how profound the shift in British opinion towards Ireland is in systemic terms — there are still pockets of anti-Irishness about as many of our readers will testify. But the general interest in Irish culture, craic and heritage — from writing to music, and from drama to light entertainment — began some time at the beginning of the nineties.

As with all social phenomena, the change sprang from a happy mixture of unrelated occurrences.

The IRA ceasefire of course helped enormously. Then there was Seamus Heaney's elevation to Nobel laureate, former Irish president Mary Robinson's high profile internationally, and - don't laugh - Ireland's success in both the Eurovision and the soccer World Cup. 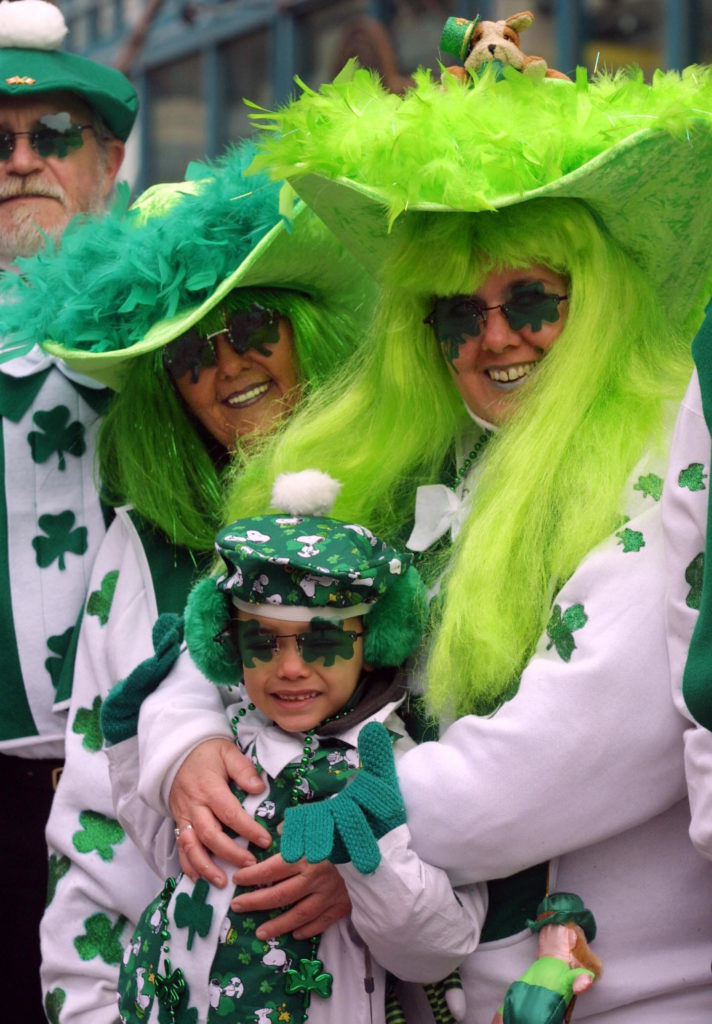 The St Patrick's Day Parade in Montreal, Canada, is always a crowd pleaser

Father Ted did his bit as well, as did Terry Wogan, who became that British institution, ‘a national treasure’.

Riverdance's rise in the public's consciousness brought traditional music to coachloads of day-trippers from all over Britain, in London for the day.

People who had never heard the hypnotic sound of the uilleann pipes or seen a slip jig executed sat transfixed.

And Ballykissangel. Its mixture of paddywhackery, and stories of gentle intrigue in rural communities gripped the country. A sort of Last Of The Summer Guinness.

But whatever the reasons, St Patrick has established himself as one of the best-known saints in the world, up there with St Nicholas and St Valentine in the popularity stakes.

We know little about him in hard historical facts — but we know that he had a profound effect on Ireland, Irish people and the Irish diaspora.