There are three Irish tribes in London - which one are you part of?

Scroll down to take our quiz

The “New Irish” in London. That’s a phrase you hear often to describe those living in the English capital that are under the age of 35, maybe even 40.

Who are the new Irish? Do they all share the same values and postcodes? Of course not. We’ve decided to break it down into three categories, partially for the information of people moving over but mainly for the craic.

While reading this it should be remembered that any article such as this that deals in stereotypes is 100 per cent fact and should be taken completely seriously.

These new Irish are most similar to the old Irish in they live in roughly the same part of town, like the same sports and work in similar industries. Where once it was Cricklewood and Kilburn, now it’s Raynors Lane, South Harrow, Sudbury and Kingsbury and the like.

If you are a male then there’s every chance you were enticed to this part of town thanks to your hurling or footballing skills. The club will have helped you out with a place to live and maybe even a job too. The job will of course be construction-related.

You are likely a civil engineer or a surveyor or a tradesman of some description. You are probably from Galway or Tipp if you’re a hurler. If you’re a footballer then you just as easily be from anywhere, though the less jobs there are in your home county, the greater chance there is that you’ll end up here.

You will drink bottles of Magners in the Shawl, the Man of Aran, the Claddagh, the Shanakee. Back in the day you would have finished the night in Diceys but now you could fetch up as far away as The Swan of Stockwell.

Getting home isn’t expensive because you stay gatting till they chuck you out at dawn when you can get the tube north-westwards. Hopefully you won’t have a match at Ruislip later that same day. But if you do, you won’t have been the first to prepare in such a manner and you certainly won’t be the last.

If you are a female, then what are you doing here?

No, we jest. Due to the heavier recruitment of male GAA clubs, this an area of town where the new Irish are predominantly menfolk. You will find more Irish ladies in … 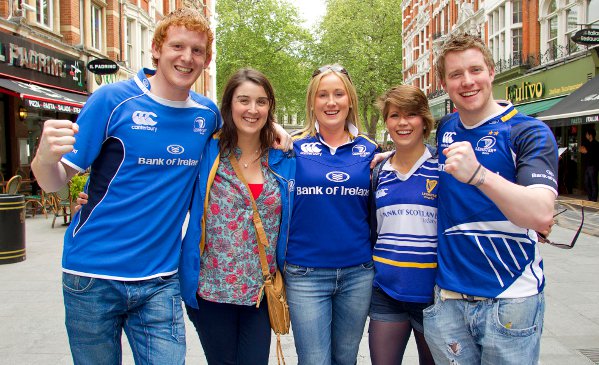 Come on goys...Rugby is where it's at with the South West crew who'll watch a bit of 'gah' come September

The decline of the inner north-west suburbs from Paddington to Neasden has seen a corresponding rise in Irish accents around the Wandsworth, Putney, Brixton, Tooting, Wimbledon, Battersea, Streatham areas. Clapham is the epicentre of this community – not so much an Irish community as a community of young people from all over the English speaking world keen to advance their career and their social lives.

You will drink in the Alex on big GAA days and, in particular when “the guys” are playing – the guys being Leinster obviously, or “Arland” or, perhaps, Munster or Ulster.  You like “the gah”, perhaps you even play but you come into your own when swigging on a continental lager and watching rugby. “Full-tilt, line-break, go-forward ball, tight five, back three, he’s off his feet ref, get back in the pocket Jonny, oh yes lovely drop.” You could, and do, go on for hours. Rugby is its own language and you are fluent baby.

For a job you likely toil in the city or work in something like PR, HR, IT, marketing, advertising or media. When people talk about the young Irish in London being “highly educated and having the world at your feet” they are talking about you. Come 6am on a Sunday, though, your feet have an unsteady relationship with the world as you stagger around outside The Swan “negotiating” with illegal taxis as to the price of a spin to Balham.

The Swan is the great unifier of the north-West and South-West tribes who are capable of getting on quite well with each other. The NWs are more likely from rural backgrounds and know the words of the verses of all the old songs that the SWs just know the chorus’ too, but essentially what you are looking at here are two branches of the one tree.

They don’t look that different – when the NWs aren’t wearing GAA or construction attire they’re modelling Abercrombie, Hollister and maybe a bit of Lyle & Scott. This is similar to the SWs, who may have a bit of strength in depth when it comes to preppy clothes, Fred Wills and the like, while the NWs will let themselves down with some imitation Diesel jeans that they bought in the menswear shop at home believing them to be the real thing.

But like we said, we’re talking subtle differences here. Meanwhile, on the other side of town there is a tribe who are entirely different the NW and the SWs. 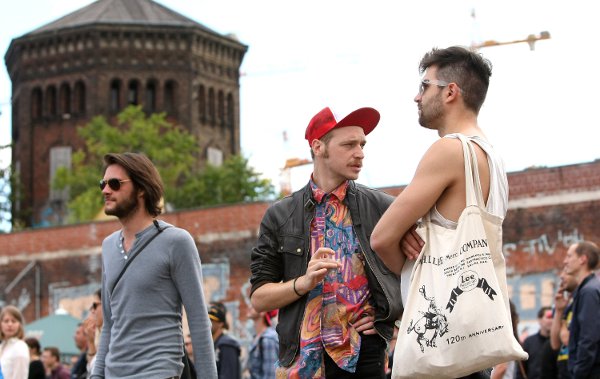 Wait, is that a new trend... The Irish hipsters head east, as far away from Ireland as they can

First up is their appearance. All of that Abercrombie and Hollister mall-rat attire just won’t cut it in the London borough of Hackney, so they wear a bunch of labels that we won’t even begin to pretend we are familiar with. From the mainstream they might pick up a few staples from American Apparel and then match it up with your Grandad’s coat that they got from the thriftshop down the road.

Having a beard is de rigour – and we’re not talking seven-day stubble here, we’re on about a Hemmingway-in-the-Everglades-wrestling-an-alligator level of growth.  The beard will give way to a clean shaven lower head graduating to a side part on top with a legendary quiff.

For a job, think something most people weren’t even sure was a job until they heard it: “fashion blogger”, “lipstick recycler”, “sound artist”, “I’m doing a start-up”.

They don’t do food, they don’t do diets even, they do lifestyles: raw vegan, primal paleo, gluten free (all this may go out the window once home in Carrigaline for Easter and mammy cranks up the deep fat fryer).

They might have played sports as a kid but don’t do so much now, unless it’s parkour or jujitsu. They once followed Liverpool but now the only shirts they’ll wear are Dynamo Berlin or St Pauli.

Being Irish is cool in that you’re from a land of stunning beauty (just don’t ask you to live there) and we’ve given Joyce and Beckett to the world. Unfortunately we’ve also given the world those potato heads in the NW and philistine bankers in the SW and you can’t stand them – even if they are your brothers and sisters. Especially if they are your brothers and sisters.

You socialise in bars with mismatched furniture and exposed lightbulbs. You can get cans of Harp there. You know this is ironic but the £5.50 price tag is a bit of a piss take. So your alternative local is “an old man pub” where they have comfy chairs, sport on the TV and try to keep the prices as low as possible. So quaint man, it’s like stepping back in time.

Yes, stepping back to a time when 10 years ago this was an area with no hipsters and normal people could afford to live there.

Now you live on a road that used to be known as “the murder mile”. You enter your flat from a walkway, the like of which a few years ago you had only seen on The Bill. The two-bed flat inside that you share with another couple is okay and all but surely £2,200 a month is steep. But that’s okay, because you’re moving out to a disused warehouse on the far side of Homerton next month and you can get a place there for £1800.

Whatever happens, you’re not moving back to Ireland. That place is grim.