A POPULAR Manchester woman who had been battling cancer for four years died just days after an Irish club raised £4,000 to help her fund specialist treatment.

Katherine Marsland lived in the largely Irish community of Fallowfield in Greater Manchester.

She was diagnosed with secondary breast cancer in 2012 and had hoped to raise £40,000 to fund private treatment for her condition at a clinic in Germany.

On April 22 the Irish community helped to raise £4,000 for the cause by attending a special charity céili held at St Kentigern’s Irish Club.

The 42-year-old, who was originally from Scotland, died peacefully on Monday, April 25. 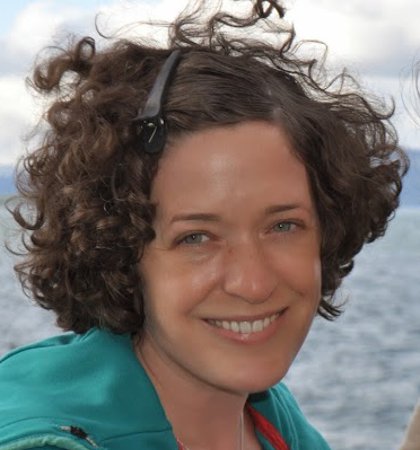 Katherine Marsland, originally from Perth in Scotland, died on April 25

She previously underwent successful treatment for her condition at The Christie Clinic in Manchester.

However, the cancer returned in 2014 and had spread to her liver, lungs, bones and brain.

From that point the designer, who ran a business making kilts, started to explore alternative treatments available in other countries.

She had hoped to travel to The Hallwang clinic in Germany and needed £40,000 for the treatment.

The money raised will now be donated to the Second Hope breast cancer charity, her friends confirmed.

They said: “Kath was keen that the money would go to a good cause if she didn’t make it.

“I never knew anyone as tenacious as Kath. She was so involved in research about her cancer and knew everything there was to know about it.

“She was a warm person - very outgoing and active and softly spoken. She was very supportive, funny, youthful, active and a motivated person.”

They added: “Second Hope was set up by another woman with secondary breast cancer and Kath was keen to support it and raise awareness.”

“We had a very good night for her here, which her friends organised. We raised a total of £4,000 which was great.”

He added: “Katherine made kilts so we included one in our auction, and that raised £300 alone, people were very generous.”

Ms Marsland, whose funeral took place in her hometown of Perth in Scotland on May 3, began writing a blog when she was first diagnosed with cancer.

In her poignant final post, uploaded on April 16, just over a week before her death, she thanked people for their support.

“It’s been an incredibly difficult time for me and my loved ones. Even sending a text uses up more energy than I have to spare. Please be patient as I’m not able to reply or update everyone individually. Knowing that you care is enough,” she added.