Chauvin was filmed last year placing his knee on Floyd’s throat while Floyd could be heard telling the police officer “I can’t breathe.”

Floyd later died in police custody with a jury subsequently determining that Chauvin played a key role in his death following a trial that featured decisive evidence from an Irish doctor.

Now Chauvin’s attorney, Eric J. Nelson has filed a motion calling for a new trial in "the interest of justice; abuse of discretion that deprived the Defendant of a fair trial; prosecutorial and jury misconduct; errors of law at trial; and a verdict that is contrary to law."

Nelson claimed the court abused its discretion to failing to grant the defense’s request that they change the venue of the trial and sequester the jury.

The filing comes a day after it emerged one of the jurors in Chauvin’s trial attended one of several anti-police protests last summer.

Brandon Mitchell was also pictured wearing a t-shirt during the protest on August 28 bearing the words: ‘GET YOUR KNEE OFF OUR NECKS’ on the front. 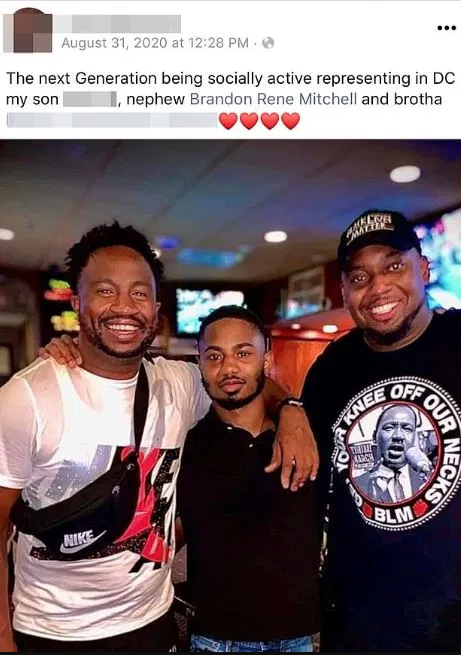 The 31-year-old was pictured alongside his two cousins in a photo that first surfaced on social media.

A high school basketball coach, Mitchell does not recall wearing or owning the shirt.

He has also defended his participation in the event which he insisted was set up as commemoration of Floyd’s life rather than a demonstration against police.

Last week, Mitchell credited Ireland’s Dr Martin Tobin as being the “most influential witness” in helping the jury reach a guilty verdict.

Mitchell, who served as juror number 52 during the trial, said the case was “done” once they had heard Dr Tobin’s testimony.

"I think Dr. Tobin was the biggest, the most influential witness out of everybody," Mitchell told CBS This Morning.

"When Dr. Tobin came, with him speaking so scientifically but also making it understandable for everyone along with the exhibits that he came with, I thought he just broke it down in a manner that was easy for all the jurors to understand.

“And I didn't think there was any way for the defense to come back after that. I was like -- to me, the case was -- it was done at that point almost."