AN ENGLISH teenager discovered she has a rare brain condition after waking up one day with an unexplained twitch which later left her speaking in an Irish accent.

Mary Henry from Whitley Bay experienced the strange phenomenon just after she turned 19 back in October.

Waking one day with a tic in her neck, she initially dismissed the issue.

However, it soon developed into something more serious with Mary developing several verbal tics like whistling, swearing and speaking in different accents.

"I've got a good Irish accent now which I can't usually do,” she told the Chronicle.

“It is actually quite funny. When I first went to A&E the doctor I saw was Irish and it's since then I can do it. Some words such as 'Scooby Doo' I say now in a French accent too. It's just bizarre."

Doctors were initially baffled by the mysterious symptoms but, in time, Mary was diagnosed with Functional Neurological Disorder (FND).

A problem involving the functioning of the nervous system, FND affects the way the brain and body sends and receives signals and can lead to a range of issues.

Different accents are just one of the problems faced by the teenager with other, more severe symptoms, including chronic fatigue and the loss of her ability to walk and talk.

"So far, no one knows or fully understands the causes of FND,” she explains.

"Anyone who has spent anytime with me recently will have been subject to my expletives and accents.” 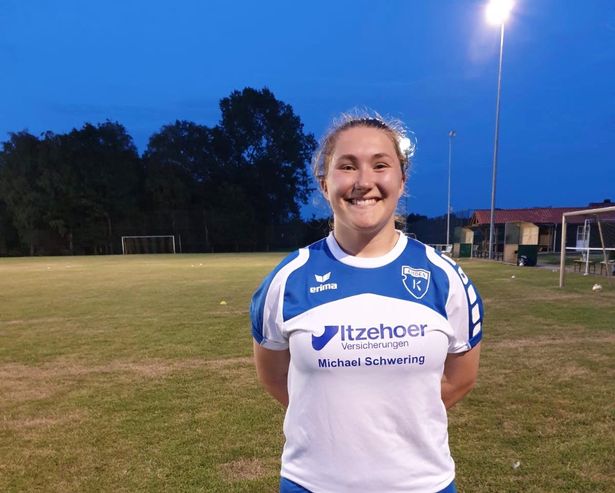 Once an avid footballer, Mary has found herself confined to a wheelchair in recent months after suddenly losing the use of her legs.

Though she is walking again, Mary has been forced to learn how to do even the most basic of tasks again.

She can at least take some solace in the fact that she has received an incredible amount of support in her road to recovery.

A GoFundMe campaign set up to pay for her specialist treatment has generated more than £4,000 to date.

In the meantime, Mary is busy raising awareness of FND and the issues it can create for those affected and their loved ones.