Winning 1617 votes, against the Conservatives 865 and Green Party’s 362, Ms Tighe secured the best ever result for Labour in the Hobbayne Ward.

The Liberal Democrat candidate won 207 votes, while the Trade Unionist & Socialist Coalition candidate took 48, making up the five options on the ballot.

Following her win, the newly-elected Ealing Councillor told The Irish Post: "I am delighted to be elected as Ealing Labour's newest Councillor for Hobbayne.

“Ealing has always played such an important role in my life. Like so many Irish people, it's where my parents, aunts and uncles came to build their lives and it gave them a place to live, love, work and call home.”

Ms Tighe added: “I want to work with everyone across Ealing to give something back to a community that has given my family so much.

“I'm delighted with tonight's win for Labour - and a win for Mayo too.

“I'm grateful for the support I've received, especially from the London Irish community, and I can't wait to get started" 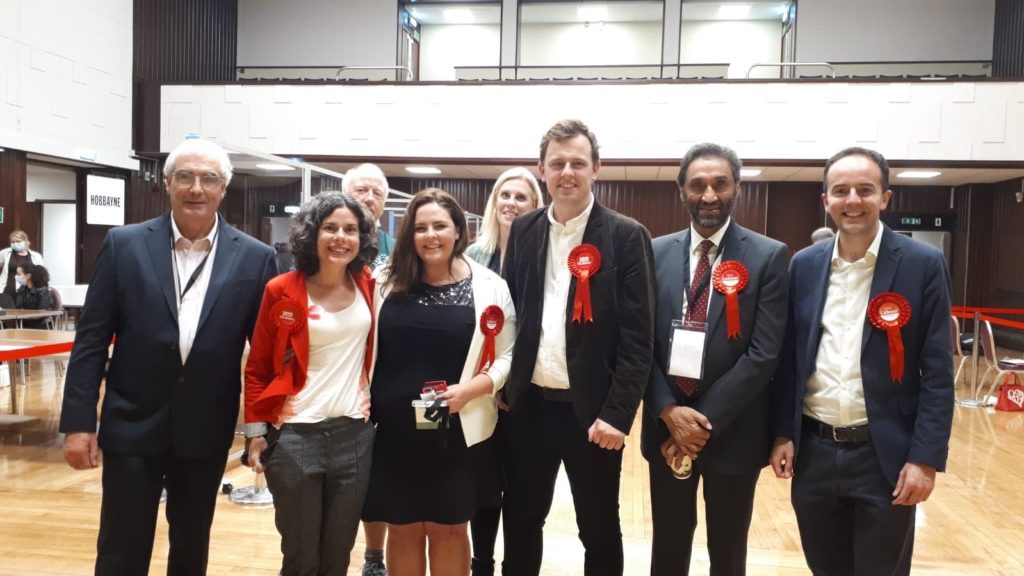 Born in Ealing, but raised in Ballina, Ms Tighe returned to the borough – which has one of the largest Irish diaspora populations in Britain – after graduating from University College Dublin.

Her father, Martin Tighe, who made a special trip over from Mayo to be with his daughter for last night’s election count, told The Irish Post: "I'm overjoyed and incredibly proud of Claire - she will be a brilliant and caring representative in Ealing, a home from home for a strong Irish community.

“Everyone at home in Mayo is delighted"

Ealing Council Leader, Councillor Peter Mason tweeted his delight at the impressive result for Labour, claiming: “Local residents have put their faith in us once again and the new team couldn’t be more thankful.”

A fantastic result for @EalingLabour in Hanwell tonight. @claire_tigher has increased our vote share & majority. Our best ever result in Hobbayne.
Local residents have put their faith in us once again and the new team couldn’t be more thankful.
Thank you Hanwell! 🌹 pic.twitter.com/OMqvjkRntU

The Hobbayne Ward by-election was called following the resignation of Labour’s Lewis Cox, who held the seat until last month.