FOR the fourth year running, James McClean’s refusal to wear a poppy in the Premier League has attracted tiresome headlines ahead of Remembrance Day.

Having to explain himself to the masses once again, McClean and his club, West Brom, used a recent match programme in an attempt to play down the inevitable backlash.

“We are coming up to Remembrance Day and I won’t wear a poppy on my shirt,” said McClean. “People say I am being disrespectful but don’t ask why I choose not to wear it.

"If the poppy was simply about World War One and Two victims alone, I’d wear it without a problem. I would wear it every day of the year if that was the thing but it doesn’t, it stands for all the conflicts that Britain has been involved in.

"Because of the history where I come from in Derry, I cannot wear something that represents that.”

Once again, for clarification, he’s referring to Bloody Sunday, when British troops opened fire on a civilian march in Derry city on January 30, 1972, shooting and killing 13 people.

Supporters of the Derry-born Republic of Ireland international’s stance are in the minority, but now a sizeable stakeholder in the game has effectively thrown its weight behind the Irishman.

FIFA, world football’s governing body, believe a poppy stitched on to a shirt falls foul of their ban on political, religious or commercial messages on international jerseys. 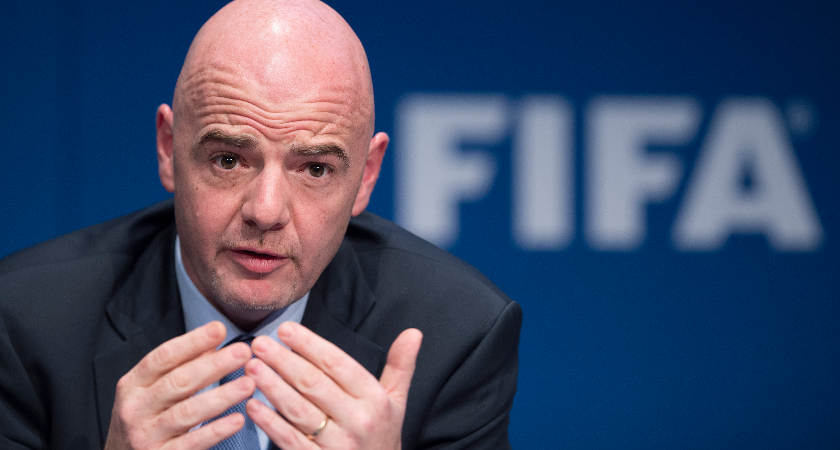 FIFA president Gianni Infantino took over following Sepp Blatter's reign (Picture: Getty)
As such, they have rejected a joint request from the English and Scottish Football Associations, who wished to display the poppy symbol on their shirts when the two sides meet on Armistice Day, November 11.

For all their faults, you have to admire FIFA for sticking to their guns in the face of something so precious to many people in Great Britain.

If James McClean had opted to represent Northern Ireland at senior level though, he may have found himself in another awkward situation next week.

Reports suggest the Irish Football Association (IFA), Northern Ireland’s governing body, have also put in a request to FIFA for permission to display the poppy on their shirts against Azerbaijan on November 11.

Assuming they’ll receive the same response as the English and Scottish FAs, the IFA still plan to stage an act of remembrance prior to the game, and that’s fine, so long as it doesn’t force anyone to wear something they may not be comfortable with.

McClean, meanwhile, will be far away from the hoo-ha in Vienna, where the Republic of Ireland will be taking on Austria on November 12, with no plans to promote the Poppy Appeal.

If FIFA stay true to their rules and refuse to buckle under pressure from the likes of Theresa May – who has deemed their viewpoint as 'utterly outrageous' – then they’ll no doubt save a few Northern Ireland players from being put in a difficult situation. 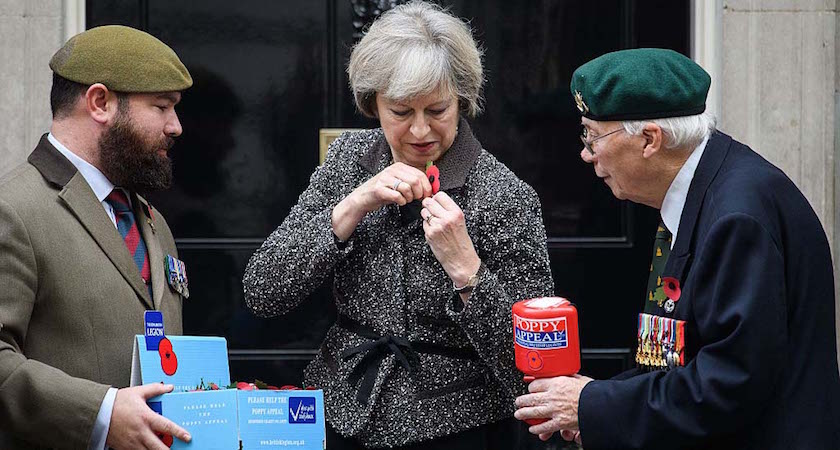 Of course, FIFA have been put in this position before and backed down.

In 2011, a similar request was made by the English FA and, after initially saying no, they agreed to compromise after receiving letters from Prince William and then Prime Minister David Cameron, pleading for an exception.

They crumbled under the pressure and England duly wore black armbands displaying the poppy symbol.

FIFA are now under different figureheads and rules have been amended in the intervening years, but if they are to bow down to requests to make exceptions on this, then they will show a sign of weakness.

Others will spot that weakness and try to exploit it to highlight their own political motives and, if they’re not careful, they’ll soon have to re-write their own rulebook again.

Each to their own, but no one should be forced to wear one or be ridiculed for defying expectation.

For McClean, despite articulately and comprehensively explaining himself on an annual basis, some people will never accept his decision without ever seriously considering why he sticks to it.