IRISH firefighters have been reunited with a baby boy a month after they helped with his delivery – in the back of a Mini Cooper.

The baby, who has been given the first name Cooper, was delivered by the side of the road in Dublin on May 23.

Mum Jess and dad Darren were being driven to hospital in friend Matthew’s car when the baby decided to make an early appearance. 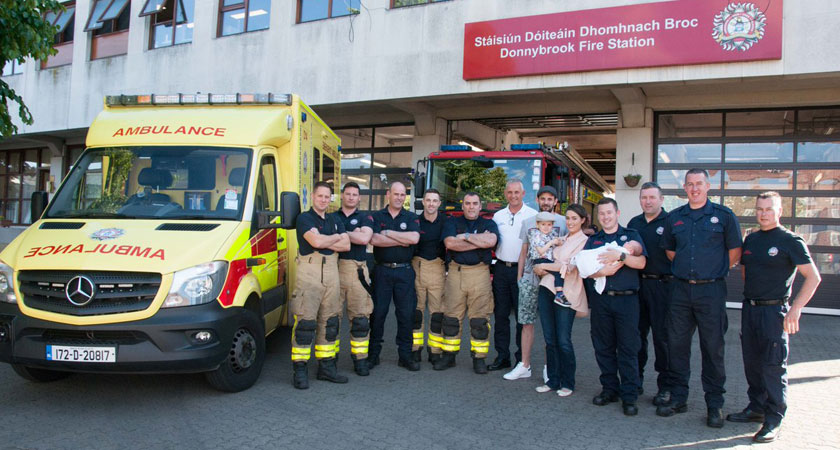 They parked on the Anglesea Road where paramedics talked Darren through the delivery over the phone until firefighters and an advanced paramedic arrived.

With the baby’s head out, the emergency services took over before an ambulance arrived to take them to hospital.

We were delighted to meet Cooper again after his unexpectedly quick arrival into the world. The family dropped in to Donnybrook fire stn, to meet D Watch who assisted mum Jess on the night. Cooper received a DFB baby grow to remember us by #DFBaby #Dublin #fire #ambulance pic.twitter.com/MeF1qhiulc

Yesterday Darren, Jess and Cooper's brother Riley brought the baby to Donnybrook Fire Station to meet the crew that helped with his delivery.

The crew presented Cooper with a Dublin Fire Brigade baby grow as a memento of his dramatic birth. 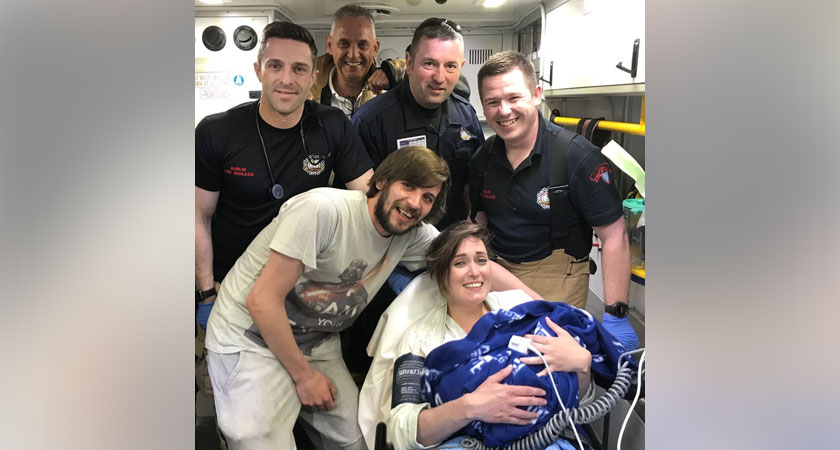