LIAM NEESON has opened up about the sad death of his mum during lockdown and “strange” experience of being unable to say goodbye to her in person.

A popular presence in the local community, Kitty was fondly remembered as a kind and warm woman who had worked as a dinner lady at the local St Louis School.

Her death came just as the UK was beginning to emerge from its first lockdown.

However, travel restrictions and the introduction of a 14-day quarantine for anyone entering the country meant Neeson and his two sons Micheál (25) and Daniel (24) were unable to attend the funeral.

They instead gathered to watch the funeral from Neeson’s home in the US via an internet link in an experience the actor described as "strange" and "surreal".

He told Sunday Life: "I lost my mother last June, and it was strange for Micheál and myself and Micheál's brother Daniel, for the three of us to be here looking at my mother's funeral via a computer screen.

"And Micheál and Danny once every other year or something like that." 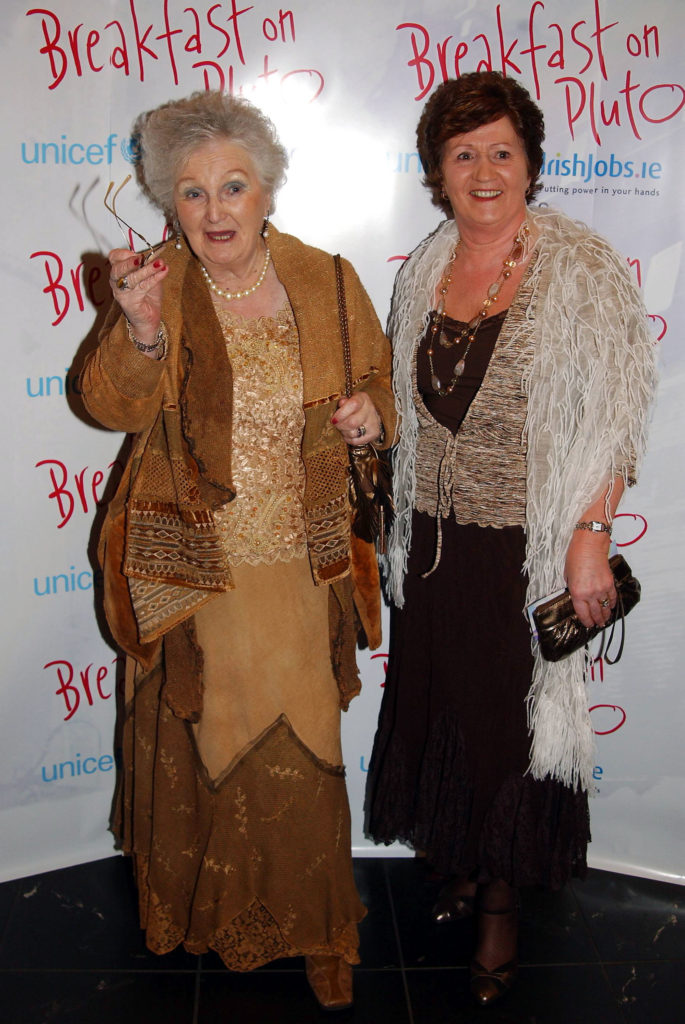 Neeson is busy promoting Made in Italy, which also stars his son Micheál Richardson.

The plot, centres on a widow and his estranged son who reunite at a villa in Tuscany that has been left to them by their late wife/mother.

Speaking on the Graham Norton Show, Neeson described how playing the role of grieving husband was “a bit near the knuckle” yet also ultimately “cathartic” for him.

He said: "When I read the script I thought, 'Oh my gosh, this is a bit near the knuckle'. I felt a churning in the gut, but thought it would be great to do and to do it with my son"

"It was cathartic in a way – the way in which art sometimes can be," the 68-year-old continued.

"There were some very delicate emotional scenes, and I could access the emotion without any problem, I didn't need days to build up to it and I thought Micheál would be the same."

Richardson, who joined Neeson for the chat via video link, said the pair were both struck by the “odd” similarities between the film’s characters and their own experiences.

"It was so odd that it was ten years after mum had passed and we were actually selling a family home that she grew up in, so it hit a little harder for us," he said.