Jurgen Klopp (left) and Seamus Coleman (right) are among those to have donated to the Sean Cox appeal (Images: Getty; family)

LIVERPOOL manager Jurgen Klopp has donated €5,000 to a fund set up to help pay for the care of Irish fan Sean Cox.

Ireland players David Meyler and Seamus Coleman – who plays for Liverpool’s city rivals Everton – have also donated the same amount to the fundraiser.

The donations come as Mr Cox’s wife, Martina, revealed she is trying to remain positive despite the ‘horrendous’ situation.

Martina Cox bravely talks about how the last few months have been for her and her family #latelate pic.twitter.com/KL9enW7wtm

“And we take every step as a positive, that’s what you do when you’re in this situation.

“We communicate with him, he can say ‘yes’ and ‘no’ and do the thumbs up, he smiles and we talk to hm.

“We know he recognises us.”

Friends set up the fundraising account to pay for the father-of-three’s long-term care, and hope to raise €2million.

It has already raised almost €150,000 with donations coming from around the world. 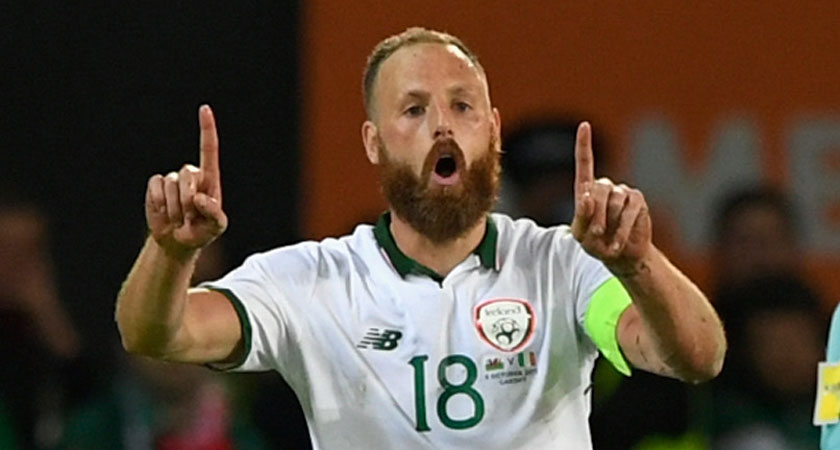 A collection took place at Liverpool’s home game with Cardiff on Saturday, with the club’s official charity, the LFC Foundation, pledging to match donations.

The game was dedicated to raising awareness of the appeal’s fundraising page.

Anyone wishing to make a contribution can do so at www.gofundme.com/SupportSeanCox