Northern Irish student, 21, reveals horrific abuse she has suffered for backing the Tories

A YOUNG Northern Irish woman has spoken out about the vile abuse she receives on a daily basis for supporting the Conservative Party.

Aine Lagan, 21, a student at King's College London, detailed the extreme online trolling she has suffered on social media – including cruel remarks about her appearance, how her family "should be ashamed" and even comparisons to the Nazis.

The Politics, Philosophy and Law (PPL) undergraduate, originally from mid-Ulster, says that even posts in which she comments on the weather can spark a flurry of abuse on Twitter.

"I’ve been called things that nobody should ever have to hear," Ms Lagan told MailOnline.

"People say things to me like: 'I hope you’re infertile because you shouldn’t be able to reproduce'.

"It’s not even as if I have extreme views. I often don’t post about party politics at all but people see my profile picture [with Theresa May] and that I describe myself as a Conservative and they think it’s okay to insult me". 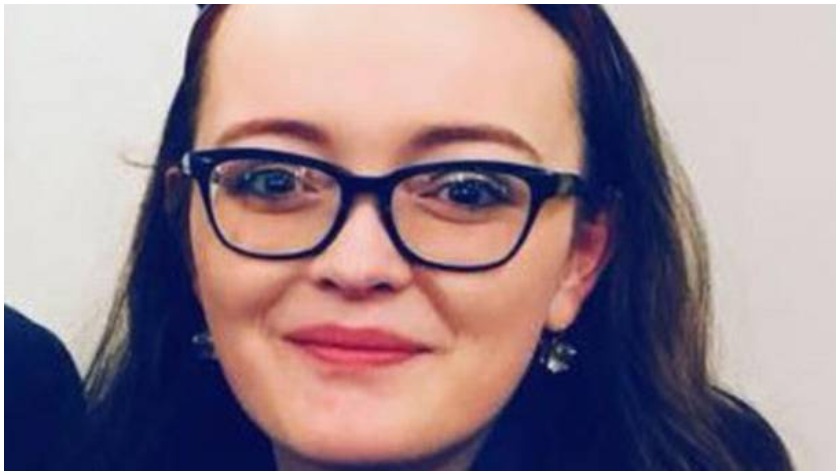 Aine Lagan, 21, is an undergraduate at King's College in London (Image: Twitter)

She added: "I get so much abuse it’s not healthy looking at it. I can post something like 'oh it’s a lovely day' and I will get a load of abuse just because I have the word 'Conservative' in my bio and a picture of Theresa May".

Ms Lagan said she has been told that identifying as a Northern Irish Tory is as embarrassing to Ireland as a Nazi.

She regularly receives abuse targeting her appearance, with one Twitter user saying she looks "disabled" and another calling her a "big foreheaded Tory c**t. It looks like your whole face had a stroke like Maggie Thatcher".

Yet another said: "Your head is shaped like a hexagon you speccy conservative c**t".

Abusive comments are something which #YoungConservatives have just become accustomed to.@ainemichellel bravely shares her story in the hope of inspiring other @young_tories to stand up for what they believe in!#girlpower #politics #socialmedia https://t.co/CDMX9UMLn3

From abuse about her appearance and attacks about her parents, to jokes about disability - @ainemichellel reveals a taste of what it’s like to be a member of the @Young_Tories on twitter. No one should have to deal with this.
https://t.co/DSEK4b1Y0v

To quote Kelly Clarkson: “what doesn’t kill you, makes you stronger” https://t.co/lYqcKjYdfJ

The 21-year-old joined the Conservative Party as a teenager but says her parents would most likely describe themselves as Irish nationalists.

She says she is also regularly insulted over her Irish heritage, with one troll commenting: "How could anyone named Aine be a tory? World’s gone to s**t".

Many of those involved use accounts with fake names and cartoon profile pictures so they cannot be identified, and Ms Lagan has never received messages of support from Tory MPs.

After telling her story, there was an outpouring of support for the student with many praising her for having the courage to speak out.

She took the time to thank many of those backing her online.

"It's so important that we tackle this issue because the real tragedy here is that this kind of behaviour puts people – particularly women – off the idea of ever being involved in politics."