SHANE MacGowan has finally married his partner of 32 years more than a decade after the couple first got engaged.

The Pogues frontman, 60, tied the knot with his lady in red Victoria Mary Clarke, 52, in Copenhagen on Monday during a small ceremony which was initially intended to be secret.

MacGowan, who has been using a wheelchair since a fall injured his back several years ago, first met Clarke in London when she was 16 and the pair were engaged since 2007.

Surrounded by family and close friends – including Hollywood star Johnny Depp – the newlyweds said they were "destined to be together". 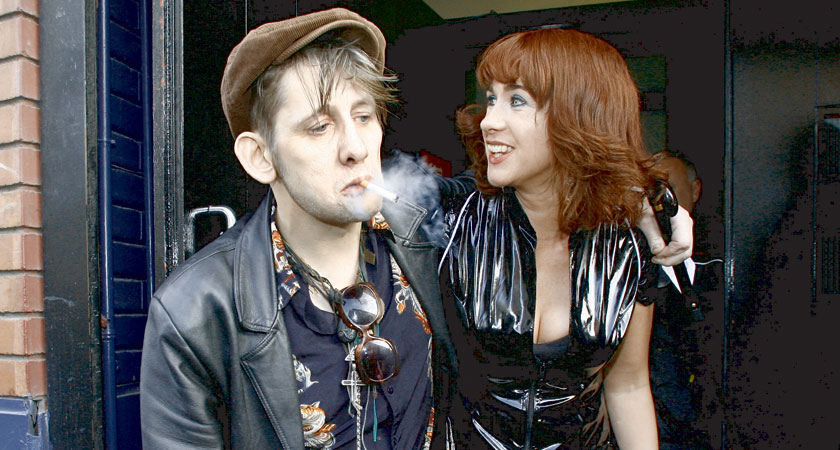 MacGowan and Clarke pictured the year they got engaged in 2007 (Image: RollingNews.ie)

The Fairytale of New York singer has known Depp for over two decades – with the actor featuring on MacGowan's 1994 debut solo album The Snake.

MacGowan previously contributed to an album inspired by Depp's 2013 film The Lone Ranger, while Depp recently returned the favour when he performed on stage at MacGowan's 60th birthday celebrations in the National Concert Hall earlier this year.

Depp, 55, got out the guitar for another special performance at Monday's ceremony in Copenhagen City Hall – playing a cover of Astral Weeks by Van Morrison.

A post shared by Victoria Mary Clarke Coaching (@victoriamaryclarke) on Nov 27, 2018 at 2:48am PST

And speaking to Ryan Tubridy on RTÉ Radio 1 this morning, she revealed that Depp had originally began to play the Pogues' classic A Rainy Night In Soho at the wedding, but Shane was having none of it.

"He said 'stop, I don’t want to hear it'... but then [Johnny] did 'Astral Weeks' which was absolutely gorgeous," she said.

Clarke added: "When you meet 'The One', you have a choice. You can dive in, marry them while you are infatuated with each other and hope for the best.

"Or you can wait until you are sure that the honeymoon phase has worn off and you are seeing each other in the light of having lived, no longer young, beautiful and indestructible."

Heartbreaking tributes pour in for Irish soccer fan, 30, who drowned in Denmark

Republic of Ireland fan, 30, tragically drowns in Copenhagen ahead of Nations League clash with Denmark