Police appeal after 31 dogs and puppies rescued in Northern Ireland

The puppies were seized in Coalisland, Co Tyrone. (Photo: PSNI)

THE POLICE service of Northern Ireland (PSNI) have appealed for information from the public after a total of 31 dogs and puppies were rescued from an illegal breeder in County Tyrone.

Following an operation in which five properties in the area were searched by police in relation to fraud offences-- namely, the illegal breeding of puppies-- two men aged 43 and 42 were arrested on Thursday, 5th December, on suspicion of fraud by false representation.

Both men have been released on bail, and all 31 dogs and puppies have been seized by the police.

“Buying puppies from illegal breeders can have devastating results.  Often these puppies die a short time after purchase or end up with infectious diseases such as parvovirus which is expensive to treat and often fatal. 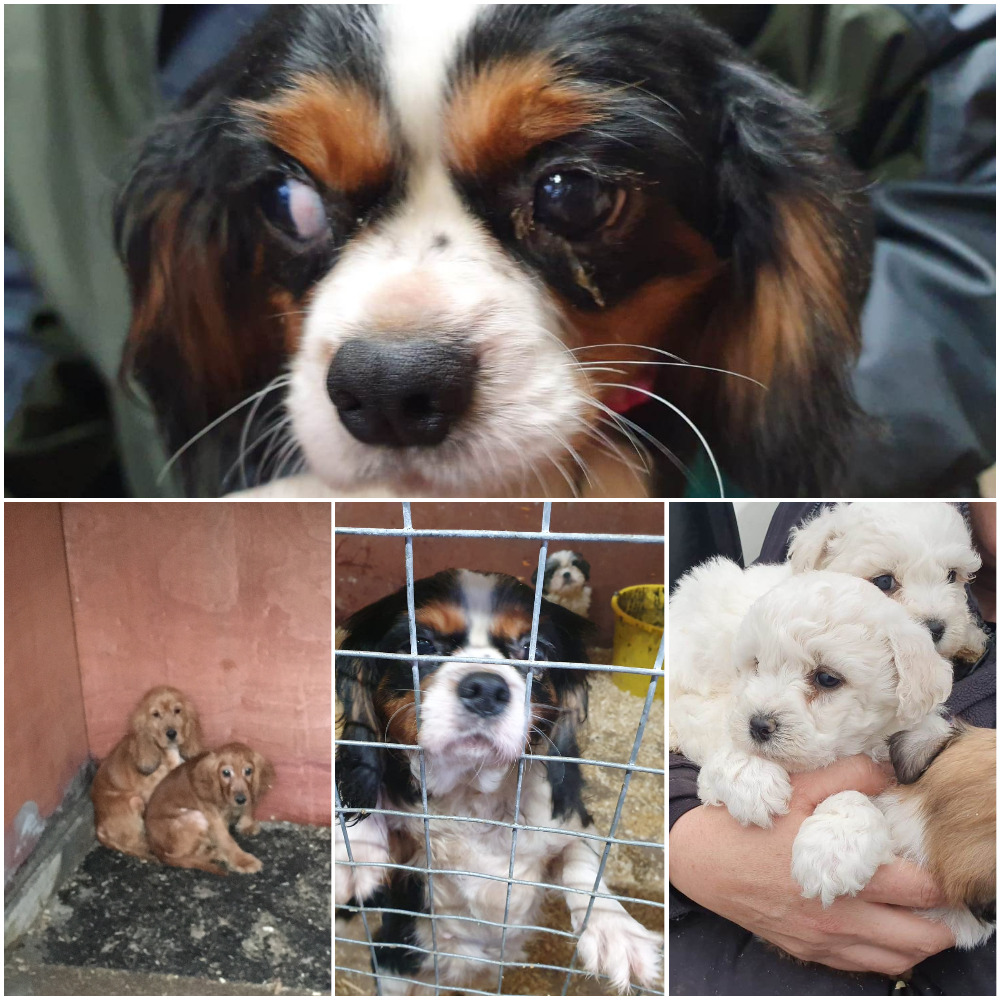 The puppies were seized in Coalisland, Co Tyrone. (Photo: PSNI)

"They can also suffer behavioural issues relating to fear and anxiety due to poor or no socialisation.  It can be tempting to buy a puppy in these circumstances and often purchasers recognise things are not quite right.  It is normal to want to ‘rescue’ a puppy in these circumstances but people must remember they are fuelling and supporting what is a particularly lucrative criminal industry."

Police are now appealing for witnesses or those who may have purchased a puppy from the suspects to come forward. Anyone who bought a puppy in the Mid Ulster area in the last six months, and especially if any of those animals have passed away, are urged to come forward to assist police in their investigations.

Anyone with information is asked to contact police on 101 quoting reference number 915 05/12/19, while anyone wishing to remain anonymous can contact Crimestoppers on 0800 555 111.

“We would urge members of the local community to be alert and vigilant of any suspicious activity involving the sale of puppies," Inspector Gibson said.

"If you believe you have knowledge of an illegal breeding establishment in operation then please contact your local Council Dog Warden – for Mid Ulster District Council please ring 03000 132 132 and to report a welfare concern please contact 028 8225 6226 to speak to an Animal Welfare Officer.”