THE number of Irish passports issued to Britons is set to double this year compared to the last full year before the Brexit vote, Ireland’s Ambassador to Britain has said.

Dan Mulhall said the relentless surge in Irish passport applications from British nationals is due to a desire to retain their EU citizenship.

"I'm responsible, obviously, for our passport operation here in Britain, and for the five years up to last year the demand was pretty flat, and last year it rose by 40 per cent,” Mr Mulhall told BBC Radio 4.

"That rise was all in the second half of the year, so we have to attribute that to the impact of last year's referendum.

"So far this year we've seen another increase and it looks as if we are going to be close enough to doubling the number of passports this year compared with 2015, which was the last pre-Brexit year.

"So there has been a significant rise, not just in Britain but also in Northern Ireland."

Mr Mulhall said 500,000 Irish passports were issued around the world in the first half of 2017. 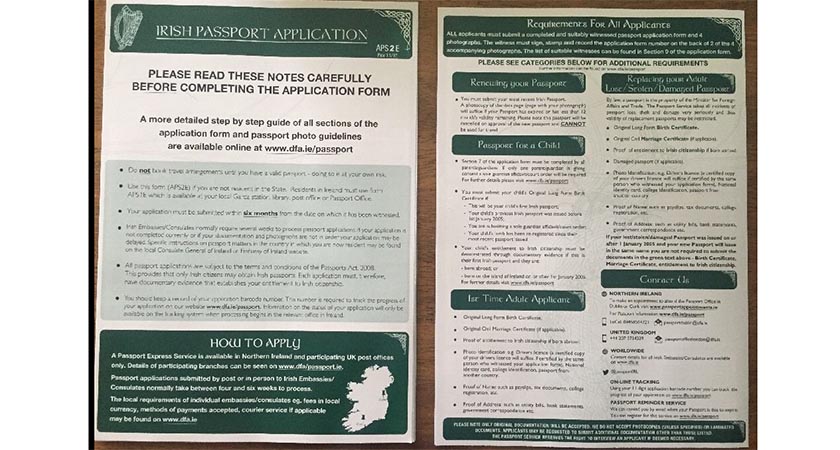 Applications for Irish passports were relatively stagnant in the five years before the Brexit referendum in June 2016. (Picture: DFA)

"That's an extraordinary number of passports, well up on our previous numbers,” he said.

“It means that people around the world - many of them may be British people living in Europe, living elsewhere, with Irish connections - are looking for Irish passports in order to safeguard their position for the future.”

He added that people in Britain are only now beginning to “realise the complexities” of leaving the European Union.

"We're making our position clear, which would be ideally we would wish Britain to remain in the European Union - that's not going to happen,” he said.

"We would like Britain to remain in the single market, that may not happen.

"But we think putting forward our view that remaining in the customs union would resolve many of these issues on the border of the isle of Ireland, that seems to us to be a practical solution."