THE locations of over 100 ancient sculptures of women exposing themselves have been plotted on a new interactive map of Ireland.

There are some 110 ‘Sheela na Gigs’ hidden throughout the Emerald Isle – mysterious medieval carvings of naked, old women exposing their genitalia.

They may have taken their name from Sheelagh, a woman some claim was the wife of the legendary St Patrick.

Other theories involve Sheela na Gigs being used to ward off evil spirits, or to represent symbols of female fertility.

The sculptures haven’t just been found in Ireland, with almost 50 examples being located in Britain –one well-known example able to be seen in the small village of Kilpeck, Hertfordshire.

Now the Irish Heritage Council has created an interactive map inviting history buffs to discover where the strange carvings are lurking throughout Ireland. 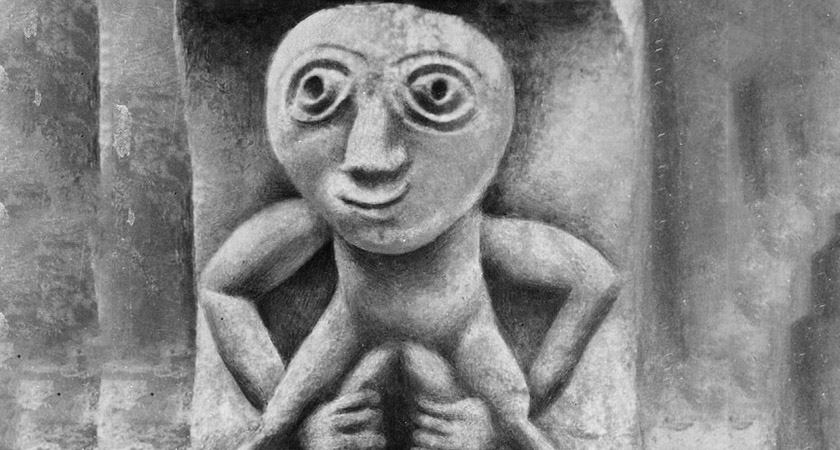 “We can all learn from it and in many ways explode myths that have grown up and allow contemporary and very enlightened debate to occur. Our Sheela-na-Gig’s deserve no less.”

Sheela-na-Gigs are estimated to date back as far as the 11th century, on the eve of the Norman invasion of Ireland.

Renowned UCC folklorist Shane Lehane explained: “Up to recently these were seen as figures representing the evils of lust or as ways of averting the ‘evil eye’.

“More convincing reassessments have reinterpreted the Sheela-na-gig, in line with the Cailleach, as belonging to the realm of vernacular folk deities associated with the life-giving powers of birth and death.”

He added: “Placed with the cycles of both the natural and agricultural year and the human life cycle, she can be regarded as the embodiment of the cycle of fertility that overarches natural, agricultural and human procreation and death.”

The map was created using data from the National Monuments Service and pooled images of the sculptures from museums as well as academics and other enthusiasts.

There are over 600 datasets displayed in map form available on the viewer, with over 150,000 mapped points of heritage and cultural interest plotted throughout Ireland.

The Sheela na Gigs interactive map can be viewed here...