In 2016, two letters and a Christmas card sent by Princess Diana to an Irish nun went up for auction. Here, we look back at the correspondence and relationship between the two women.

The items went under the hammer at Sheppard’s Irish Auction House in Durrow, Co. Laois.

The correspondence, dated 1992, testifies to a friendship between Princess Diana and Sister Teresa, a Kildare nun belonging to the Little Sisters of the Assumption in Wrexham.

Sister Teresa became friendly with Princess Diana through a mutual friend — a mother of one of the butlers working at Kensington Palace.

Philip Sheppard, auctioneer, told The Irish Post: “The friendship seems to have flowered. When Sister Teresa wrote to her when her father Earl Spencer died, Princess Diana responded with a very warm letter signed ‘with my love, from Diana.’” 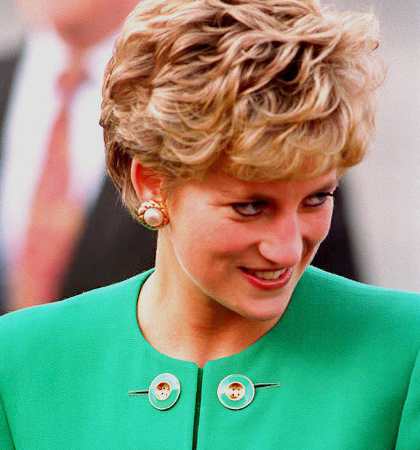 The Princess said that she was “so touched” by Sister Teresa’s letter, and spoke of her father’s great positive force in her life.

“There is enormous interest in the letters,” Mr Sheppard said.

“It’s a part of Princess Diana’s life that we knew nothing about until now.

"It’s a heretofore undiscovered, and frankly surprising, aspect of her life — this friendship with an Irish Catholic nun.

"The Christmas card, which shows Diana’s two sons William and Harry, is also signed ‘with love.’ It's testament to a very warm friendship.”

The letters, written five years before the untimely death of Princess Diana, belong to Sister Teresa’s family who were selling the correspondence anonymously.

Mr Sheppard did not reveal if they are resident in Ireland or Britain, neither did he confirm the range of interest shown in the lot.

The auctioneer did confirm, however, that in the normal course of business Sheppard’s in Durrow receive queries from over 40 countries worldwide.

Although this friendship between Diana and an Irish nun based in a Welsh convent was undocumented until then, the Princess had several Irish and Anglo-Irish family connections.

Her mother, Frances Roche, was the daughter of an Irish peer, Maurice Roche, 4th Baron Fermoy.

Through her father she had bloodlines to Rory O’Moore and Patrick Sarsfield, and was also related to Irish president Erskine Childers.

There is a local connection too. The current Viscount de Vesci, Thomas Vessey, who lives in Abbeyleix — just five miles from Durrow where the letters are being auctioned — is a cousin of the Spencers.

Thomas once shared a flat in London with Princess Diana’s sister.