TOUCHING tributes have been paid to an Irishman who passed away while holidaying in Spain recently.

Dublin man Stephen Moylan – who was in his 30s – tragically drowned while on a trip with friends to Barcelona last Thursday, although the full circumstances of his death are yet to be officially confirmed.

Mr Moylan worked for the business networking group BNI Grosvenor and a talented amateur footballer who played for Dingle United and most recently Beggsboro AFC in the Leinster Senior League.

A number of soccer matches in the Dublin area were postponed over the weekend in the wake of the tragic news.

Dingle United tweeted on Friday: "Dingle United vs Real Transilvania off tonight after the death of our sponsor Stephen Moylan.

"Our thoughts are with his family and friends during this tragic loss. May he RIP."

Beggsboro AFC also paid tribute to the "gentleman" Mr Moylan, writing that it was "sad to report the shock news of the sudden death of our player Stephen Moylan". 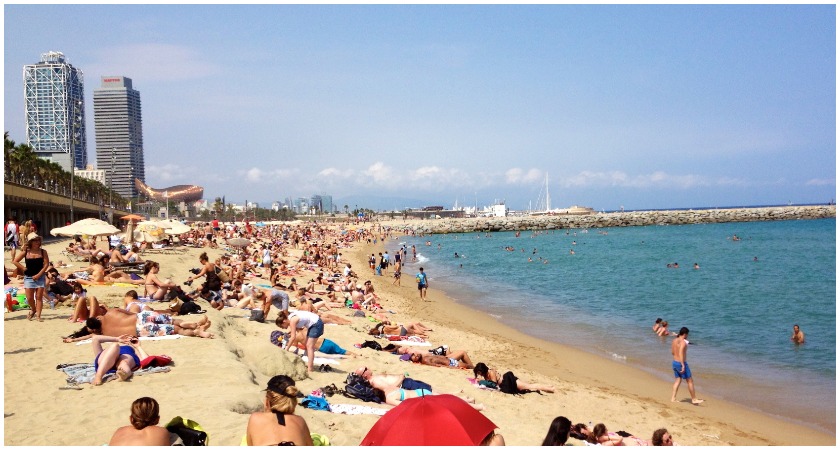 The post added the club's "thoughts and sympathies are with his partner Emma, his children and family and many friends at this sad time".

It is understood that Mr Moylan's partner gave birth to another child recently.

The club said: "Due to the sudden death of Stephen Moylan who is a past player of Tolka Rovers FC and brother of Eamonn, both our senior matches will be called off this weekend.

"We would like to express our deepest sympathies to Eamonn and his family at this very sad time. Thanks to Broadford Rovers and Portmarnock AFC."

Stephen Fitzpatrick, a friend of Mr Moylan, wrote on Facebook: "Absolutely tragic. Rest In Peace Moyo. Loved your company mate, you were always cracking jokes and laughing at your own witty one liners.

"We had some laughs, you’ll be sadly missed bud. Thoughts are with your poor family".

Another co-worker added: "No words. We have lost a true friend and always so helpful. May he Rest in Peace."

BNI Grosvenor posted a touching video of Stephen, describing him as a "legend".

Funeral details for Mr Moylan are yet to be announced.