BONO HAS dropped his biggest hint yet that U2 could be about to call it a day.

The speculation follows a comment made by the Irishman during the band's final performance of their Experience + Innocence tour.

Speaking to the crowd at the Mercedes-Benz Arena in Berlin, Bono said:

"We've been on the road for quite some time - just going on 40 years - and these last four years have been really something very special for us. We're going away now."

Bono previously hinted at this being the band's final tour during an interview with Chrissy Iley for The Sunday Times Magazine.

During the interview, Bono admitted the tour has been "particularly demanding" for the band.

"I can't do as much as I used to. On previous tours, I could meet a hundred lawmakers in between shows and now I know I can't do that," Bono explained.

"Whether you have a face-off with your own mortality or somebody close to you does, you are going to get to a point in your life where you ask questions about where you're going," he added. 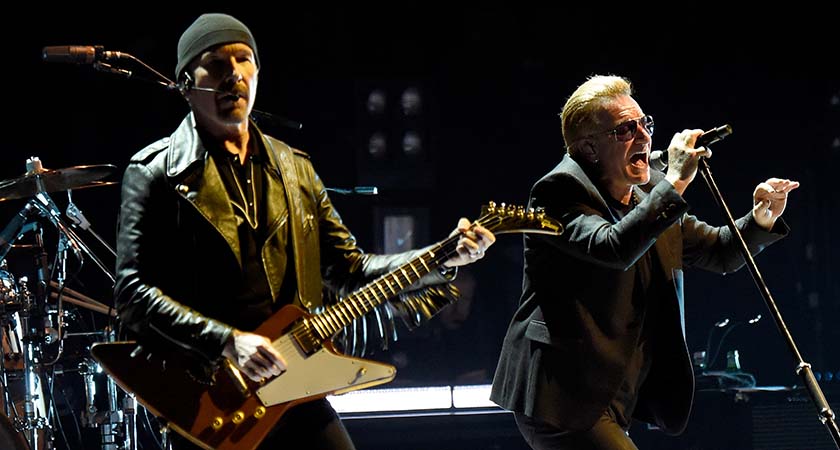 Asked whether U2 would embark on another tour, Bono's response was telling.

"I don't know. I don't take anything for granted, " he said. "It's OK to acknowledge work you've done and give it respect, but if it's the best we can do, then we're not an ongoing concern."

U2 had been planning to end the tour in Dublin last Saturday but returned to Berlin for a rescheduled gig set up after Bono lost his voice when the band performed there back on September 1st.

Some fans have speculated that the band's decision to play hits like Stay (Faraway, So Close!), which hadn't been played live by the group for decades, also hinted at this being the final curtain for U2.