“Sick and dying, they brought themselves down here to speak … to no one. Shameful. It is an embarrassment to the country and it is a stain on this institution.”

STRONG WORDS from Jon Stewart as he slammed Congress on Tuesday for their lack of empathy and seeming indifference about the 9/11 first responders, many of whom are now suffering from ailing health.

The former Daily Show host had been frustrated by the lack of funding provided for healthcare for these victims, and his frustrations boiled over during an emotionally charged address in front of an empty committee - with just five members attending.

“I can’t help but think what an incredible metaphor this room is for the entire process that getting healthcare and benefits for 9/11 first responders has come to,” Stewart said.

“Behind me, a room filled of 9/11 first responders and in front of me, a nearly empty Congress.”

He went on to describe the situation as “shameful” and “an embarrassment to the country”.

Stewart was taking issue with the fact that not enough was being done to help the men and women who put themselves on the front line without question to help others in their time of need, stressing that Congress’ lack of movement on the issue was nothing short of shameful. 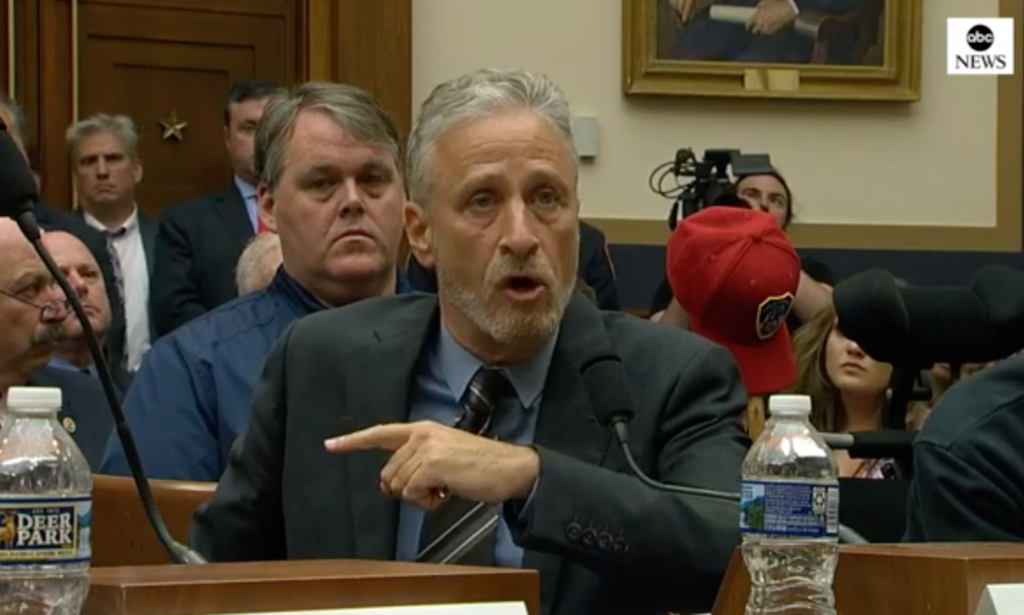 At points during his speech, Stewart was forced to pause and gather himself due to the emotional gravity of his words.

“Your indifference cost these men and women their most valuable commodity: Time,” he exclaimed.

“It’s the one thing they’re running out of.”

Stewart received a standing ovation after concluding his speech by urging Congress to act just as first responders did. 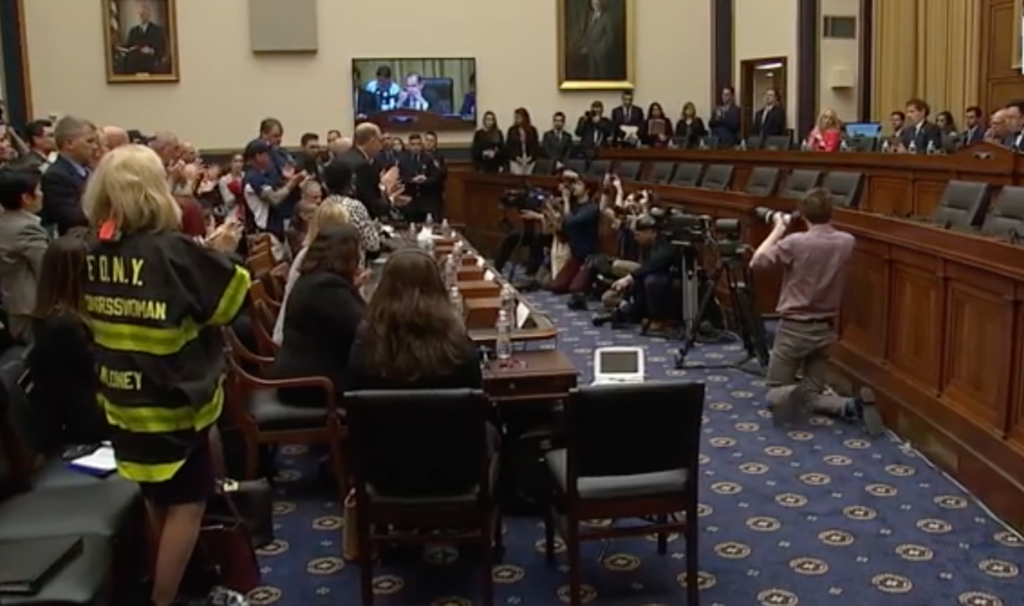 He received a standing ovation once his speech was over

“They responded in five seconds. They did their jobs with courage, grace, tenacity, humility! 18 years later - do yours!”

Stewart has been a longtime advocate for September 11th victims and frequently appears on Capitol Hill to push lawmakers to increase funding to aid those who suffered illnesses following the attacks.