Can you guess which Irish international sports star this blonde-haired boy grew up to be?

THE retirement of Republic of Ireland legend Robbie Keane paved the way for the return of a fellow veteran of the international scene.

After missing out to Shane Long, Daryl Murphy, Jon Walters and Keane, Kevin Doyle was left devastated not to make the plane to what would have been his second major tournament.

Despite missing out on a place in Martin O’Neill’s squad for Euro 2016 during the summer, Kevin Doyle’s international career is not over having been named in the initial 33-man squad for this week’s World Cup 2018 qualifiers against Georgia and Moldova.

But cruelly, the Colorado Rapids striker has since been ruled out with an ankle injury. 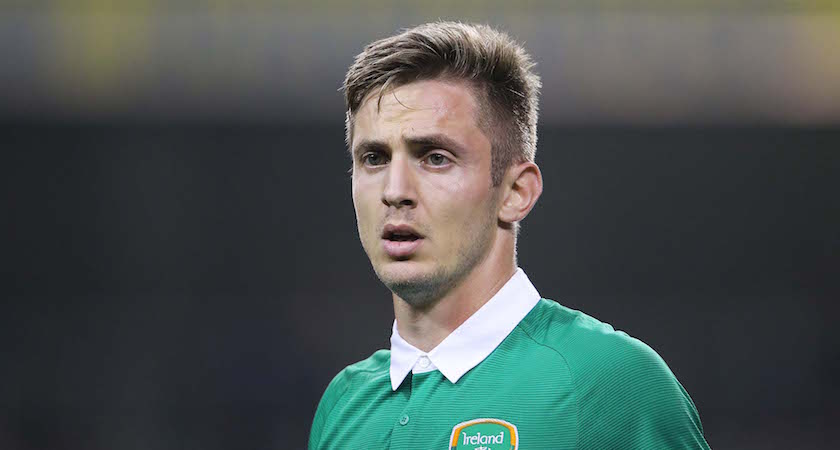 Nonetheless, O’Neill’s faith in picking him before the injury has given Doyle fresh hope on building on his 62 caps, and it appears to have jogged some of the 33-year-old’s nostalgic memory cells.

He pulled out this classic image of where it all began, playing football with his young peers in Adamstown, Wexford, eagerly anticipating the 1990 World Cup.

The picture went down a storm when the sports star posted it on Twitter this week, with his followers amused by the “Pennys or Dunnes?” quip in relation to their unofficial Ireland jerseys.