Martin Boyle hit a first-half hat-trick for the Edinburgh side to set up a final showdown with Celtic next month.

Scott Arfield replied for Rangers before half time but Giovanni Van Bronckhorst, watching from the stands, saw his new side fall to a first domestic defeat since August.

Speaking after the game, Porteous poked fun at Rangers by paraphrasing Van Bronckhorst's predecessor Steven Gerrard, much to Boyle's amusement.

Asked about the performance, Porteous replied: "Do we look happy? Don't ask silly questions then!"

His words echoed Gerrard’s when quizzed last month about speculation linking him with a move away from Ibrox.

"Do I look happy? Do I look settled? Don't ask me silly questions then!" said Gerrard at the time.

Sunday's victory ensures a second consecutive domestic cup final for Jack Ross' side, after they reached the 2021 Scottish Cup final in May.

They will face Celtic in the decider after Ange Postecoglou's men defeated holders St Johnstone 1-0 on Saturday. 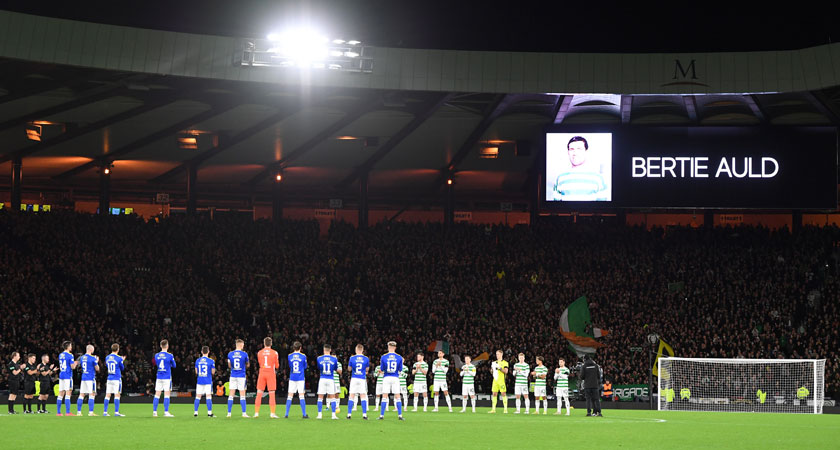 Celtic controlled the game for long periods but were unable to create many clear-cut chances against Callum Davidson's disciplined outfit.

Jota, David Turnbull and Liel Abada went closest in the first half for the Glasgow side, while Michael O'Halloran and Craig Bryson almost exploited some slack goalkeeping from Joe Hart.

However on a day when the Hoops faithful honoured late club legend Bertie Auld, it was the club's current long-serving player, James Forrest, who broke the deadlock. 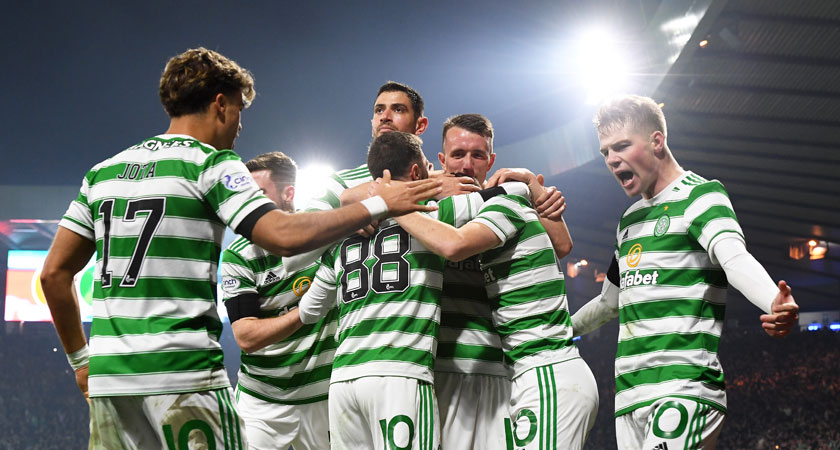 James Forrest is congratulated by his teammates after his goal against St Johnstone (Image: Mark Runnacles/Getty Images)

Making just his sixth domestic appearance of the season, Forrest rifled home after Jamie McCart’s clearance from a Jota cross fell nicely for him six yards out.

The result means Postecoglou has reached a cup final at the first attempt.

The 2021 Scottish League Cup Final will take place on December 19 at Hampden Park.