WHEN AFC Wimbledon climbed above MK Dons in League One last weekend for the first time in their 14-year existence, it was a victory for football.

That’s because AFC Wimbledon were formed in 2002 by supporters of the old Wimbledon FC after the original club were allowed to be relocated from South London to Milton Keynes, and later renamed MK Dons.

It was an unprecedented move that, thankfully, has never happened in English football ever again, as the Football Association vowed at the time.

It resembled the merry-go-round nature of American sports and, as such, MK Dons were soon nicknamed ‘Franchise FC’ by opposition fans, some of whom still carry a pet hate for the club given their distasteful establishment.

But Wimbledon had to move, no matter what. The Taylor Report, which came out in 1991 on the back of the Hillsborough Disaster, ordered all English clubs to redevelop their grounds to make them fit for purpose – meaning all-seated stands would become a requirement.

With their old ground, Plough Lane, beyond redevelopment to the required standard, Wimbledon moved in with Crystal Palace at Selhurst Park. It was supposed to be a temporary move, but Wimbledon’s struggles to find a home dragged on and on.

According to research carried out by Balls.ie, having explored every possible avenue in their end of London, as well as other areas like Tolworth and Brixton, then chairman Sam Hammam began to look at options outside of the capital.

Basingstoke, Gatwick, Cardiff, Manchester, Wigan and Bristol were all considered, but none gained as much momentum as the outrageous suggestion that Wimbledon could re-locate to Dublin.

The idea was first suggested by Dublin-born former Republic of Ireland international Joe Kinnear, who was managing the Wimbledon first team in the Premier League in the mid-90s.

He asked his old Ireland team-mate Eamon Dunphy to bang the drum for the campaign in his column inches, and the RTÉ pundit spent the following three years flying the flag for the idea. 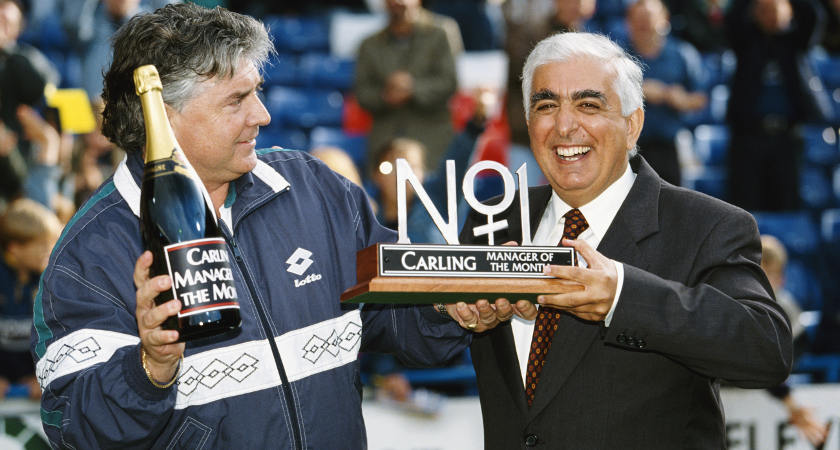 Joe Kinnear, left, and Sam Hammam [Picture: getty]
‘Dublin Dons’ they would be called, and Balgaddy could have been their home. To be fair to him, Dunphy made good points on why this move would be good for Dublin and Irish soccer as a whole.

Parents wouldn’t have to send their teenage kids abroad to sign professional contracts, jobs would be created, revenue would be coming in from tourism plus commercial opportunities and, since Wimbledon were still in the Premier League at the time, Champions League football in Dublin was a possibility.

According to a report in the Irish Independent in 1998, 64 percent of Dublin-based Irish soccer fans were in favour of welcoming Wimbledon to their city.

Naturally, London-based Wimbledon fans were dead against it and it was at this point when the foundations of AFC Wimbledon – the breakaway club formed by original Wimbledon FC fans – began to set in.

They hadn’t given up on their club just yet, but they were preparing for the worst – a Wimbledon outside of London was never going to be their club, especially not if it was based in a different country.

Although football is nothing without fans, supporters on both sides of the Irish sea were pretty much powerless in the process, other than letting their feelings be known.

Remarkably, the Premier League supported the idea. FIFA got involved and sat on the fence, but they did give the Football Association of Ireland (FAI) the upper hand by handing them the final say.

Then FAI chief Bernard O'Byrne was fully against it, wary of the negative impact it could have had on the domestic game in Ireland, but he put the motion to the League of Ireland clubs to let them decide for themselves.

Although promises of several thousand pounds each and schools of excellence being built around Ireland, the clubs voted unanimously against the proposal in 1998. 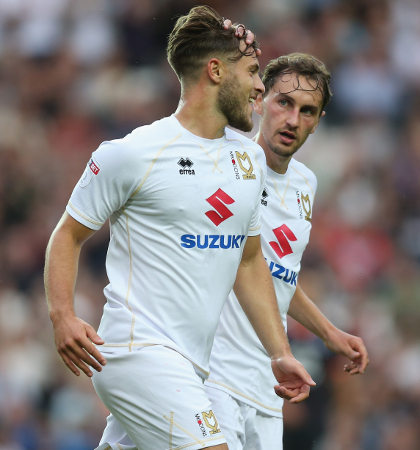 MK Dons now play in white [Picture: Getty]
That was pretty much that. Football had triumphed over business. Premier League football would not be coming to Dublin.

As for Wimbledon FC? They were relegated from the Premier League in 2000 when they still needed a new home. The club’s new owners eventually struck up a deal to move to Milton Keynes.

In 2003, they played their first match in Milton Keynes and, soon after, the club’s name was changed to MK Dons, with new colours and a new crest introduced.

Meanwhile, the breakaway club – AFC Wimbledon – played their first match in the Combined Counties League in 2002, the start of their rapid rise up the lower divisions of English football.

By 2011, AFC Wimbledon had reached the Football League, an enormous achievement which is a testament to how far a club can go if a fan-base can be retained.

MK Dons’ latest home attendance was 8,259, with locals of Milton Keynes appearing to have warmed to the club.

But now, five years after reaching England’s fourth tier, AFC Wimbledon are sitting above MK Dons in the Sky Bet League One table and look forward to the first ever league meeting between the sides on December 10.

One wonders what might have been had MK Dons become the Dublin Dons instead.

Journey through the lower leagues sparks trip down memory lane