TWENTY years after he trained Daniel Day-Lewis for his part in The Boxer, former world featherweight champion Barry McGuigan is back in the film business.

McGuigan and his son Shane, coach of Carl Frampton and David Haye, were behind the preparation of London actor Johnny Harris for his role in the new film Jawbone – which Harris wrote himself.

Jawbone is a sobering film about an alcoholic boxer who turns back to the sport for an unlicensed fight when his life hits rock bottom.

To prepare for the role, Harris – a former junior boxing champion and personal friend of the McGuigans – had to shed over two stone in weight. 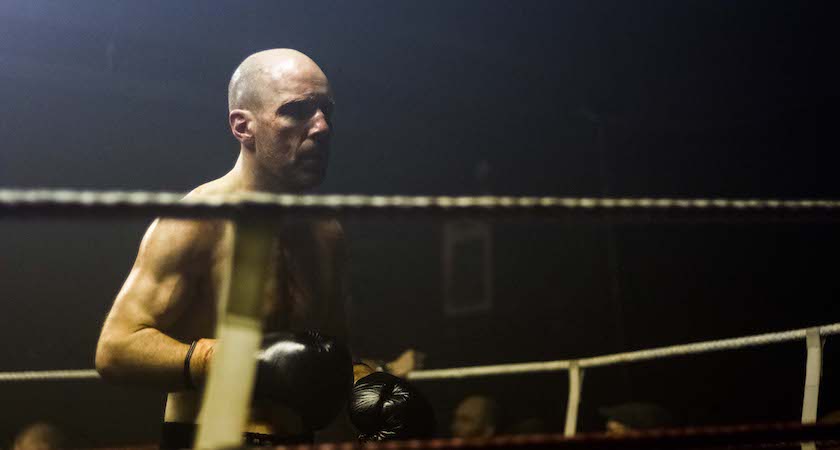 Barry Mcguigan, along with son Shane, were the film's boxing advisors

For all Harris’s ring experience, the actor is now 43 and in his first session with the McGuigans, threw up from the intensity.

“It’s the toughest sport in the world and Johnny is a brilliant fighter, but it was still difficult for him,” Barry McGuigan told The Irish Post.

“He shed about two-and-a-half stone for the role and sparred with some top fighters, and in fairness to Johnny he put all the time in and I think the film reflects that because he’s brilliant in it.”

McGuigan particularly relished the prospect of working alongside Winstone, himself a former welterweight boxer who won 80 of his 88 amateur bouts. 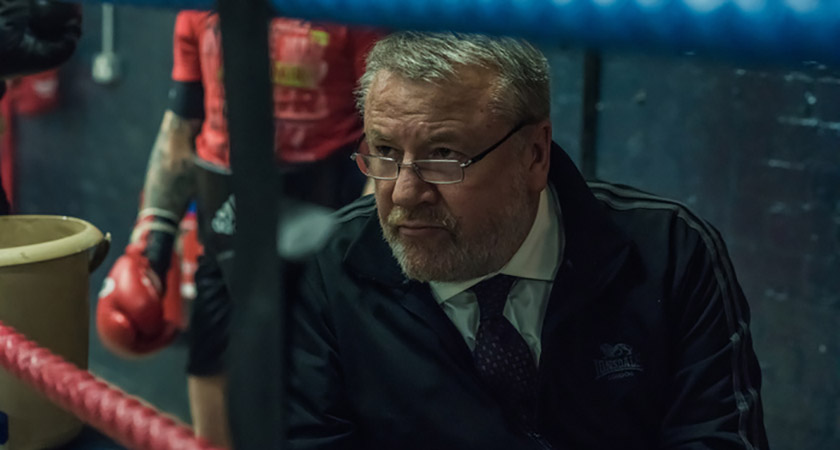 “Ray was a boxer, and Paul Weller who wrote the music for the film – his father was a boxer too. So we all have a love affair with the sport. Boxing was the one thing that united us all,” says McGuigan.

“It’s a beautiful film but it’s harrowing at times, especially when it deals with addiction. Everyone knows someone who’s been down in the dumps like that and it’s not easy to watch.

“That’s the thing, it has to be believable. There’s a lot of boxing films around at the moment but they don’t always feel real. We all love the Rocky films but your head would have come off with some of the punches thrown in those movies.

“But this is a smaller arthouse movie where nothing is over-glamourised or exaggerated. That’s what makes Jawbone great for me – it’s honest.”

McGuigan already has experience when it comes to training an actor for a role in a boxing film – having coached Daniel Day-Lewis for his role in 1997’s The Boxer.

The 56-year-old, originally from Co. Monaghan says Day-Lewis was good enough to be a professional boxer.

“Daniel prepared for that film for over two years and he was fabulous, magnificent. He sparred with British welterweight champions and looked the real deal.

“He looked the real deal and he fought like the real deal. I’ve never seen anybody train as hard as Daniel trained.

“With Johnny, he was a junior champion and had trained at Fitzroy Lodge so he already had that experience, but Daniel didn’t even have that.

“So we trained Johnny like a real fighter because he is a real fighter. He might not ever have fought a professional fight but Shane and I made sure he reached that level of intensity for the film.”

Nineteen million people tuned in to watch McGuigan beat Eusebio Pedroza at Loftus Road back in 1985.

The Clones native therefore knows well enough the kind of pressure Anthony Joshua was under as he broke the British Box Office pay-per-view viewership record with his 11th round knockout win over Wladimir Klitschko a fortnight ago.

“It was an excellent, excellent fight,” says McGuigan. “It was a really good occasion for boxing and they didn’t even bad-mouth each other, which was lovely to see.

“The Klitschko brothers have been a credit to the sport. They’ve looked great, spoke well, have PHDs and speak multiple language but they were boring fighters.

Jawbone, starring Johnny Harris, Ray Winstone, Ian McShane and Michael Smiley, comes out in cinemas on May 12, and on DVD and Blu-ray on June 5.