IRELAND secured a first Triple Crown since 2018 after a 26-5 win over Scotland in Dublin on Saturday.

However, Andy Farrell's side missed out on the Six Nations title after France saw off the challenge of England in Paris.

On the final day of the tournament, Ireland did all they could, with tries from Dan Sheehan, Cian Healy, Josh van der Flier and Conor Murray securing a bonus-point victory at the Aviva.

That temporarily put Ireland top of the table on 21 points, three ahead of France, meaning only a win would be good enough for Les Bleus.

However, Fabien Galthié's side duly delivered, with tries from Gael Fickou, Francois Cros and Antoine Dupont sealing a 25-13 win and a first title and Grand Slam since 2010. 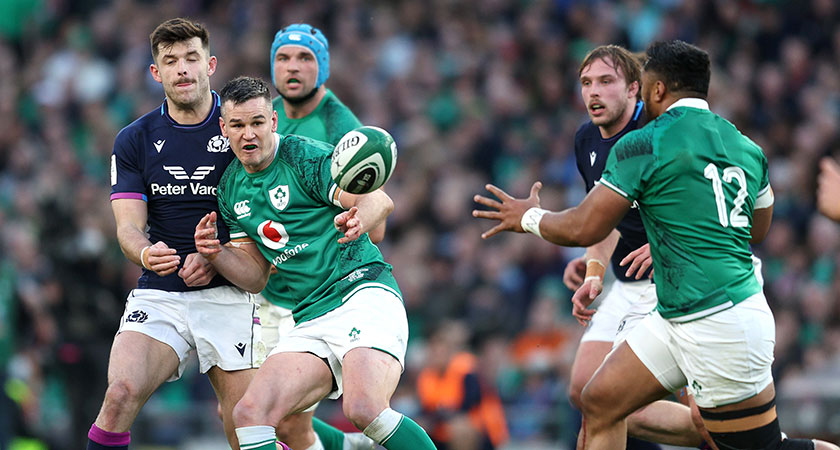 Speaking immediately after Ireland's win, fly-half Johnny Sexton praised head coach Farrell and the progress the side has made since he took over following the World Cup in 2019.

"The most important thing is that we keep going forward," he said.

"Since Andy has come in and since day one, we've got better and better.

"So we also have to just keep our feet on the ground and realise you're not that far away from being slated again."

Ireland have won 12 of their 13 games since losing the opening two games of last year's tournament to Wales and France.

In that time, they recorded a momentous 29-20 win over the All Blacks in the 2021 Autumn Nations Series, the only defeat being a 30-24 loss to France in this year's Six Nations.

Elsewhere on the final day of the tournament, Italy recorded their first win in the competition for seven years after beating Wales in Cardiff.

The defending champions were six points ahead when Edoardo Padavani scored a 78th-minute try, before Paolo Garbisi added the extras to seal a historic 22-21 victory.

It ended a 36-game losing run for the Azzurri, whose last victory in the competition was a 22-19 win in Scotland in 2015.