THE IRISH government and the IRFU are said to be in talks over the crowd restrictions that could apply for the start of the Six Nations championship.

The union are planning for a to see a full 51,700-capacity Aviva Stadium for the upcoming games this spring.

Ireland and Andy Farrell begin the Six Nations against Wales on Saturday 5 February. They will then host Italy in Dublin on 27 February and Scotland are due to visit on 19 March.

Ireland's Covid-19 rules state that a maximum crowd of 5,000 fans can attend outdoor sporting events, but that is set to change at the end of this month. The Irish government may or may not proceed with the plan. 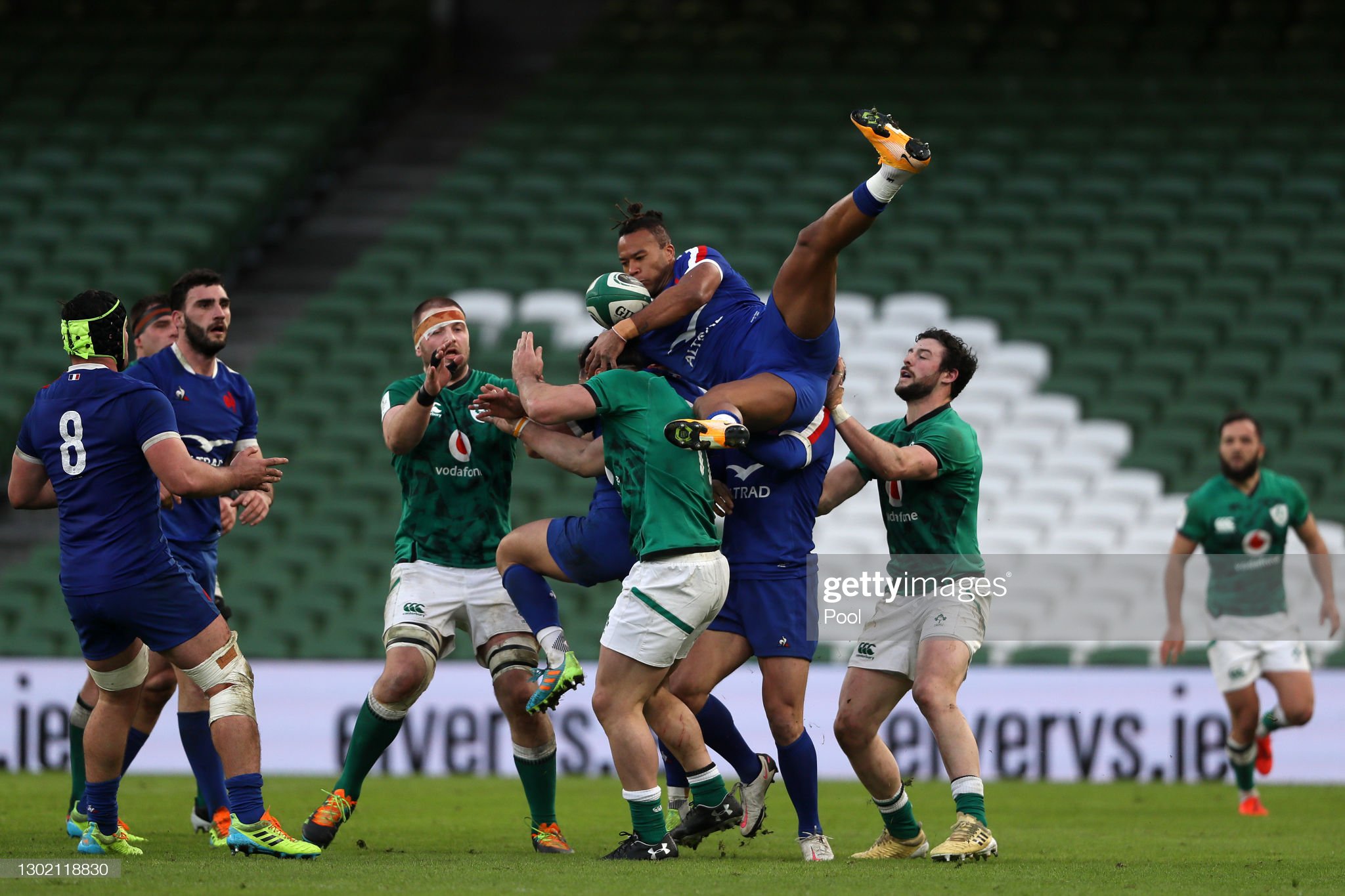 The IRFU and the other rugby unions are eager to see crowd restrictions lifted in time for the championship.

France also has a 5,000 limit on sporting events, while the Welsh have banned all supporters from attending sporting events. Scotland has allowed 500 people.England currently has no limits on crowd capacity. Italy has a Covid pass system in place for outdoor sporting events

The French government imposed tough restrictions on travel to and from the UK, as well as demanding that visiting sports teams are all double vaccinated.

Ireland visited Paris on 12 February in the second round of the Six Nations.

80% of the income in Irish rugby is generated by the men’s senior national team, underlining that large crowds at Ireland’s home games are the lifeblood of the sport in this country.

Ireland had fans back for the first time in November for the All Blacks, Japan and Argentina tests. It was the first time since the pandemic begann that Irish supporters were allowed inside the Aviva stadium.  Eddie Jones and England also completed a perfect November series in front of packed Twickenham.

IRFU remains in contact with Irish government re. crowd limits, which are currently due to be lifted a week before the home Wales game.

Six Nations is meeting with the unions again this week.

The IRFU felt the successful autumn series would have helped them with losses of the pandemic, but the Irish government plans put that on the backburner.

The IRFU is now hoping to see the 5,000 crowd limit lifted in time for the Wales game in early February.

“The IRFU note the recent COVID stadium capacity restrictions which apply until the end of January 2022,” reads an IRFU statement issued to The42.

“As the Guinness Six Nations is due to begin on the first weekend in February, we will remain in contact with the government and issue updates as and when more information is available.

“For now, we are proceeding with our normal planning, as failure to do so would impact ticket distribution for the Guinness Six Nations.

“If any of our home Guinness Six Nations fixtures are impacted by cancellation, postponement, or attendance restriction, our intention is that general ticket holders will be accommodated at rescheduled fixtures, or in the case of cancellation, or capacity restrictions, refunds will be processed back to the point of original purchase, for example, via the club or province the ticket was purchased from.

“All other ticket stakeholders will be contacted in due course.

“The IRFU thank all our supporters for their understanding now, over the past two years, and going forward, as we all continue to adapt to this ever changing environment.”