James McClean partook in the minutes silence for the queen yesterday, but stood separately from his team mates

HUDDERSFIELD, ENGLAND - SEPTEMBER 13: James McClean of Wigan Athletic is seen not taking part in a minute silence, as players and spectators pay tribute to Her Majesty Queen Elizabeth II, who died away at Balmoral Castle on September 8th prior to the Sky Bet Championship between Huddersfield Town and Wigan Athletic at John Smith's Stadium on September 13, 2022 in Huddersfield, England. (Photo by Charlotte Tattersall/Getty Images)

YESTERDAY WIGAN PLAYED Huddersfield in the Championship, but the biggest talking point of the game was James McClean's gesture of defiance to the late Queen Elizabeth II, who passed away last week.

McClean from Derry, Northern Ireland is well known for his stance towards the English empire. He has refused to wear the Remembrance Day poppy every November, which remembers soldiers lost in past World Wars

In a statement issued on Monday, the EFL said fixtures will return as scheduled from Tuesday, September 13, with tributes to be paid to the queen at grounds around the country.

The statement read: “A minute’s silence will be held before matches, with black armbands to be worn by participants, flags to be flown at half-mast and the National Anthem to be played in stadiums.” 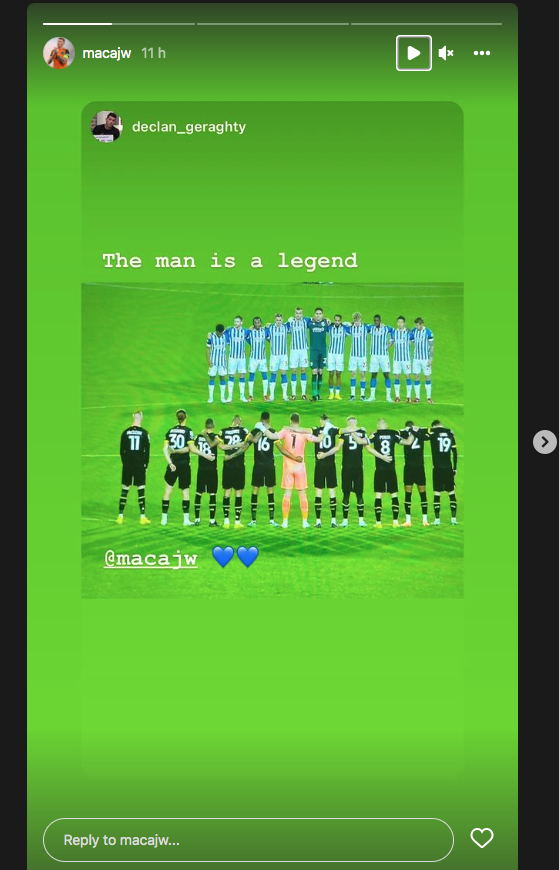 Fans offered mixed takes to McClean's stance yesterday. He was praised and ridiculed in equal measure.

One Twitter user said: "Not sure why James McClean is trending. The guy wore an armband and observed the silence. He doesn’t have to do any of that. And still people are having a pop? Come on."

He wrote: "Unless you are a nationalist that was born and raised in Derry or anywhere else in the north of Ireland then don't assume or speak on our behalf unless you can relate i.e. Miguel Delaney."

In 2015, the Derry man highlighted his reasons for not wearing the symbol in an open letter to Wigan owner Dave Whelan.

He wrote: “I have complete respect for those who fought and died in both World Wars – many I know were Irish-born. I have been told that your own grandfather Paddy Whelan, from Tipperary, was one of those.

“I mourn their deaths like every other decent person and if the poppy was a symbol only for the lost souls of World War One and Two, I would wear one; I want to make that 100 percent clear. You must understand this.

The Ireland U21s have learnt 2025 U21 EURO qualifying opponents