JASON QUIGLEY has revealed to the public that the surgery for his broken jaw he suffered on Friday night has been successful.

The Donegal native's claim for the WBO Middleweight title was ended by Demetrius Andrade in the second round at the SNHU Arena in the New Hampshire city of Manchester.

Quigley was dropped by the American in the opening round and would again be put down twice more in the second before the referee ended the fight.

Quigley after the fight was admitted to hospital and revealed that the American broke the Irishman's jaw in the first round. He tweeted out on Tuesday that the surgery to fix the broken jaw was a success.

Surgery on my jaw was a success ✅ massive thank you the the doctors and nurses for doing such a great job and getting me treated so quick
.
Thank you everybody for all the well wishes really so grateful for everybody’s support 🙏🏼
.
Time to rest, recover and heal. Peace out ✌🏼 pic.twitter.com/7cx5efPXP3

“I feel disappointed. I’m disappointed that it was over so quickly. I was put down, yeah, but it was like a flash knockdown and I felt as if there was a lot more in me and a lot more to give,” Quigley said.

“I’m disappointed that I didn’t have the time to give more. I feel very disappointed for all of the fans who travelled over and came to support me. They didn’t get the right chance to have a better atmosphere.

“I was put down, but I wasn’t hurt. Everything the ref asked me to do, I did it: Take a step left, take a step right, I was almost doing it before him.

“I’m disappointed with my own performance. I was happy with the way things were going. I was doing the things me and Andy had planned on doing. I felt comfortable. I didn’t feel in danger until he landed. Even when I got up, I didn’t feel that I was in trouble,” he adds before commenting on the support.

“It was a special atmosphere. It’s a bittersweet one because it was special with the atmosphere and the support, which was unbelievable. I’m just so disappointed that I didn’t get the chance to make more of an atmosphere after traveling all this way.”

Speaking on what’s next Quigley added: 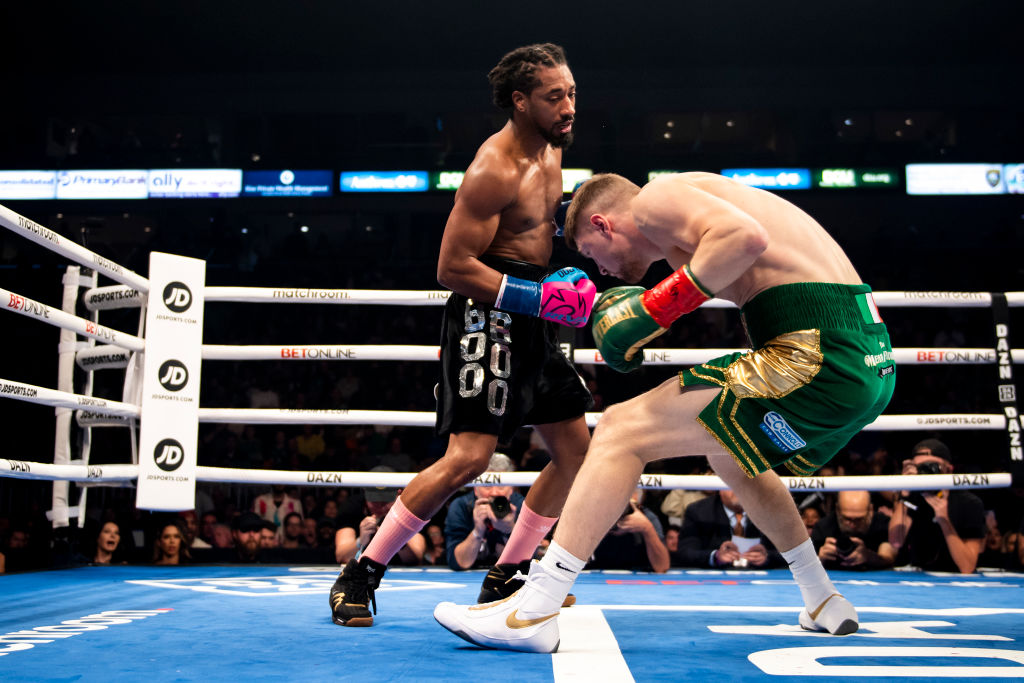