REIGNING champions Manchester City host neighbours United today looking to reopen a six-point lead over Liverpool at the top of the table.

While Pep Guardiola's side are chasing a second successive title and a fourth in five years, United are hoping to secure a third consecutive season of Champions League football.

The Red Devils are currently fourth in the last Champions League spot, just two points ahead of West Ham, who have played a game more. 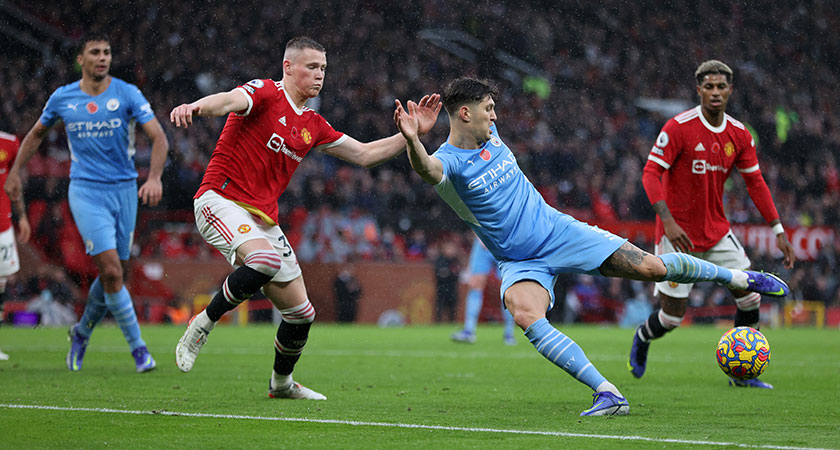 John Stones of City and United's Scott McTominay during the last derby between the sides (Image: Clive Brunskill/Getty Images)

However, Arsenal in sixth are also just two points behind Ralf Rangnick's men with three games in hand, so a win today would go a long way to aiding United's European ambitions.

That's easier said than done against the champions though, who dominated the reverse fixture to win 2-0 at Old Trafford in November.

However, the pressure is on City to keep Liverpool at bay, with the second-place Reds just three points behind the Blues.

At the same stage last year, City had a 14-point lead at the top of the table with 11 games left to play, so Jurgen Klopp's side are giving them a much sterner run for their money this season than anyone did last term.

United have lost just twice in 17 games since Rangnick took charge in December, when the club were in seventh place.

However, they have won only two of their past seven games in all competitions.

After exiting the FA Cup at home to Middlesbrough last month, they drew with Burnley and Southampton in the league.

Premier League wins over Brighton and Leeds followed, before a draw away to Atletico Madrid in the first leg of their Champions League last 16 tie. 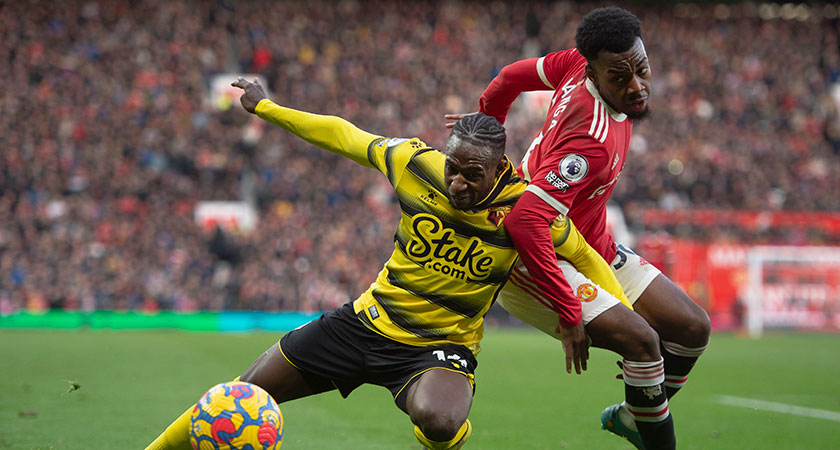 United were held to a 0-0 draw at home by Watford in their last game (Image: Joe Prior/Visionhaus via Getty Images)

Last time out, they drew their home league game with Watford, whose 4-1 win over United earlier in the season led to Ole Gunnar Solskjaer's sacking,

City have lost just three league games in total this season, dropping just 15 points out of a possible 81.

However, recent results will give United hope of getting something from the game.

Tottenham won at the Etihad last month to complete a double over City, before a controversial VAR decision at Goodison Park last weekend denied Everton a penalty with City leading 1-0 through a late Ben Foden goal.

They were also made to work hard for their 2-0 victory at Championship strugglers Peterborough in the FA Cup fifth round in mid-week.

United dominated the fixture during the early years of the Premier League, losing just once in 20 meetings between 1990 and 2004, including a run of eight consecutive victories in that time. 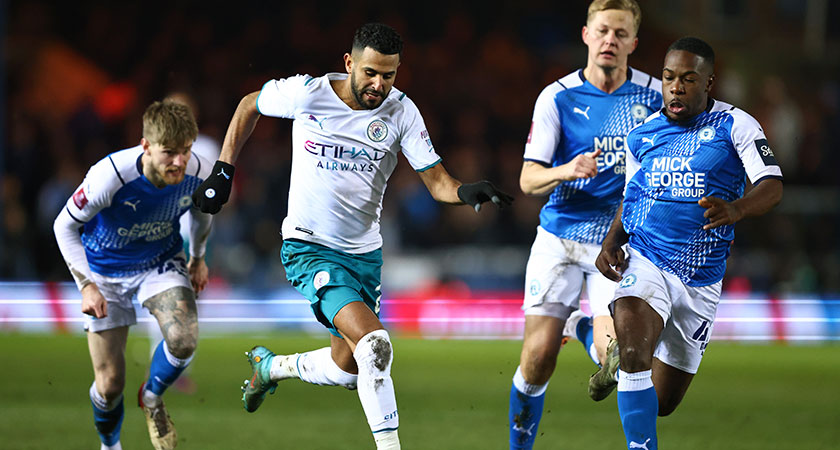 Riyad Mahrez was on the scoresheet as City overcame the challenge of Peterborough in the FA Cup on Tuesday (Image: Marc Atkins/Getty Images)

Since then, there has been little between the sides, with City recording five league victories and United winning six.

City knocked United out at the semi-final stage of the League Cup in 2019/20 and 2020/21 en route to winning the competition both years, while United got the better of City in the fourth round in 2016/17 before going on to lift the trophy.

However, United have won on their last three league and cup visits to the Etihad — in the Premier League in December 2019 and March 2021, and in the second leg of their League Cup semi-final in January 2020, although City progressed on aggregate.

Defenders Ruben Dias and Nathan Ake are a doubt for City after both came off injured against Peterborough.

Edinson Cavani is back in the United squad after a groin problem ruled him out for five games, while Scott McTominay has returned to training after missing two games through illness.

The match will be shown in Britain and Ireland on Sky Sports Main Event and Sky Sports Premier League, with coverage starting at 4pm GMT.

Non-subscribers can watch the match on Now TV by purchasing a Now TV day pass.

Reports: Gavin Bazunu will speak with Manchester City to decide his future at the club

Liverpool and Manchester City have had their Premier League games moved